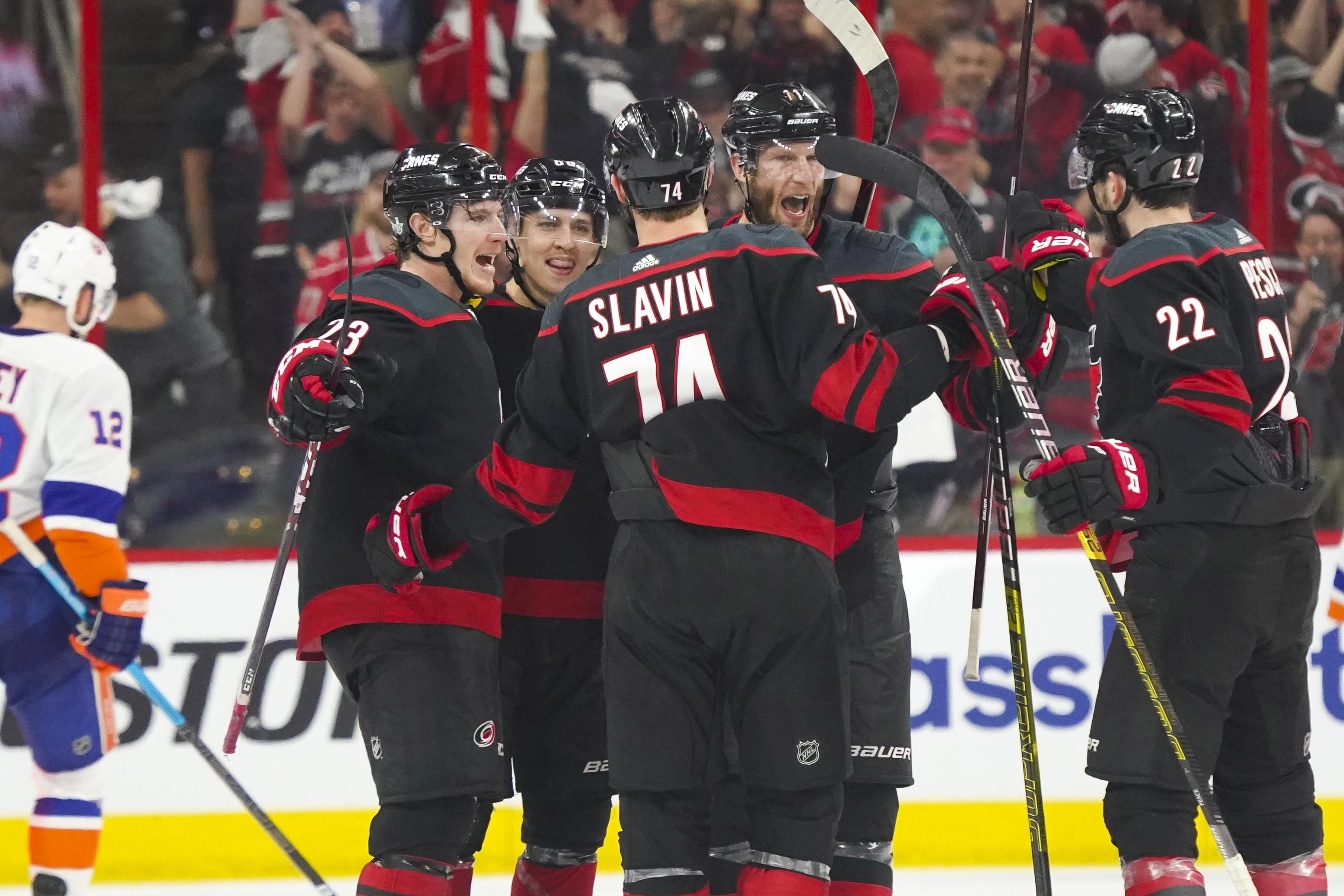 The Islanders and Hurricanes traded barbs on Wednesday night — both on and off the ice — and it was thoroughly entertaining.

New York found itself in a must-win spot in Game 3, with Carolina holding a 2-0 lead in the series. The Islanders came out with a lot of passion, and they went nuts celebrating when they tied the game at 2-2 in the second period.

Brock Nelson attempted to troll Hurricanes goaltender Curtis McElhinney after Josh Bailey tied the game. He did that by tapping McElhinney on the head after the puck went in. The clip went viral, and it wasn’t long before the Hurricanes used it to their advantage, trolling the Islanders on Twitter.

They're out here playing tag.

The Hurricanes went on to outscore the Islanders 3-0 in the third period after that goal, for what it’s worth.