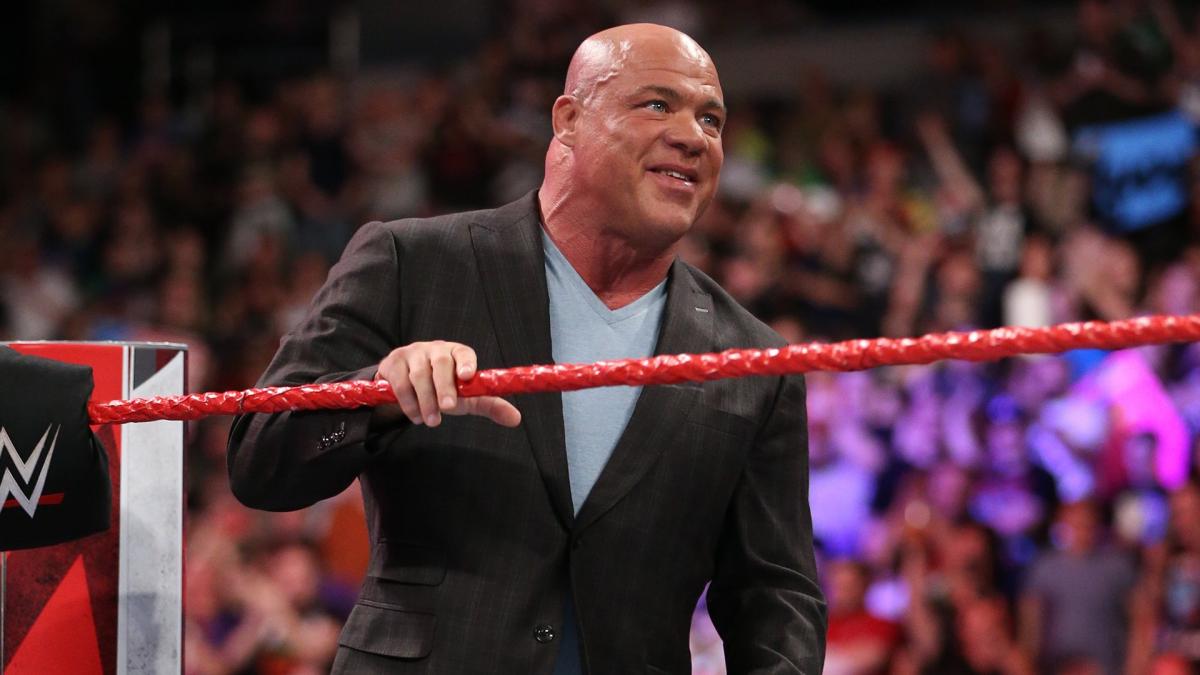 WWE Hall Of Famer Kurt Angle recently retired from in ring action after losing his farewell match at WrestleMania 35 to Baron Corbin. Fans have been wondering what kind of role Kurt will have as he is still under contract with the company.

Well now it has been revealed by Kurt himself on the WINCLY podcast that he is in the middle of a five year deal that he has with the company. He explained that with this contract, he will be showing up in a part time role while also having a producer role.

Kurt would go on to explain his new role on the show by saying:

Kurt Angle first came back to the WWE when he was inducted into the Hall Of Fame in 2017. He would be announced as the new Raw GM the night after WrestleMania 33 and would keep that role until 2018. He would return to the ring join the Raw team in the Survivor Series Elimination Match in 2017 and then teaming up with the Shield the next month at TLC 2017.

Kurt would compete at WrestleMania 34 by teaming up with Ronda Rousey to take down WWE COO Triple H and Stephanie McMahon. He would help put over Drew McIntyre on an episode of Raw by tapping out to his own Ankle Lock.