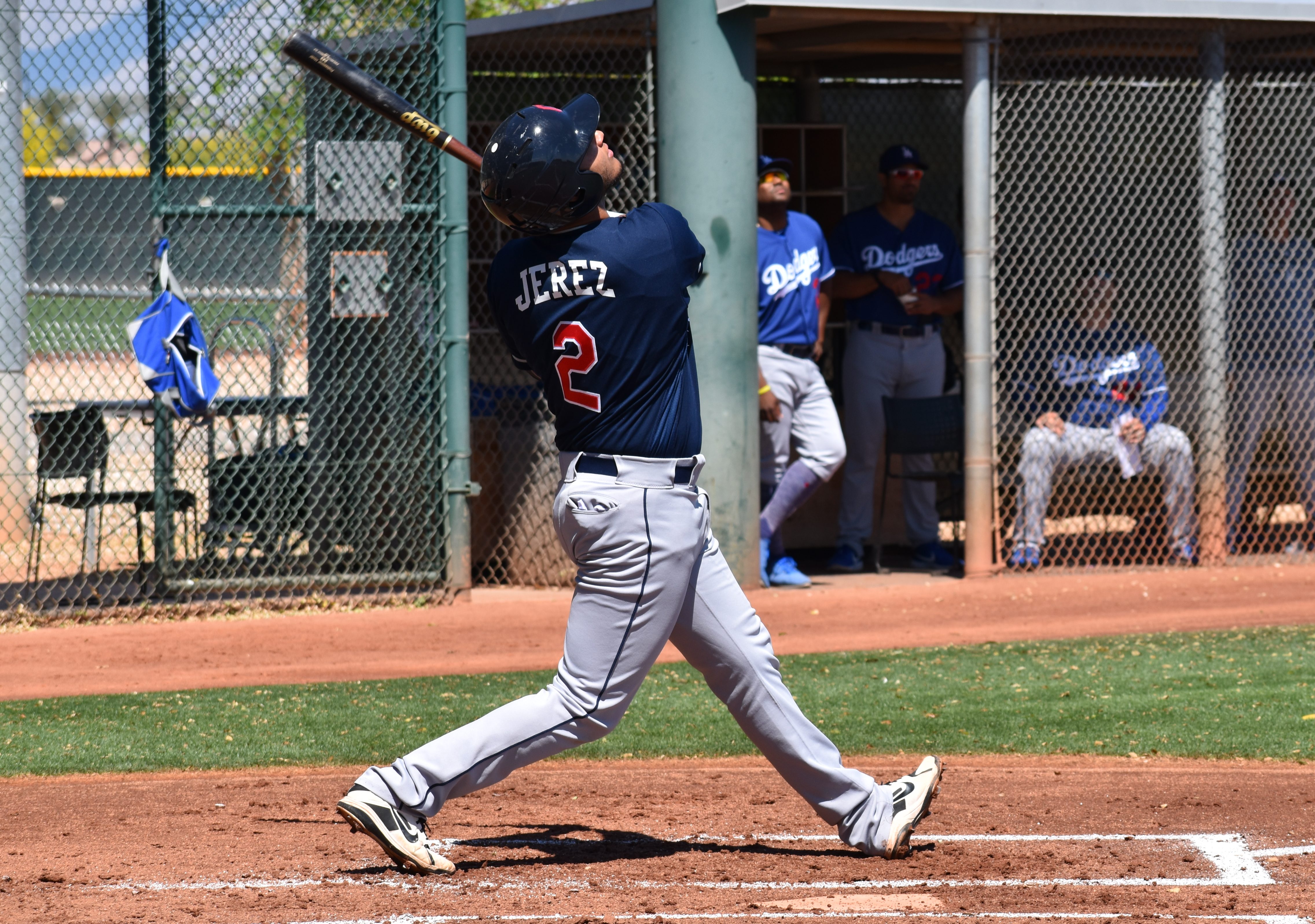 Injuries are always hard to take, but sometimes they bring opportunity and that is just the case in Lake County. Josh Rolette, Ulysses Cantu, Marcos Gonzalez and Jose Fermin are all out for a bit, stretching the Captains infield far too thin. The latest response to this injury bug was the promotion of 21 year old outfielder/first baseman Miguel Jerez from extended spring training.

It wasn’t until last year’s extended spring that Jerez finally started to break out. While it isn’t odd for a catcher to move to first base (the Indians have done so with Jose Vicente and Simeon Lucas among others in recent years), Jerez didn’t stop with the transition to first, but played a bit in the outfield as well. By the time the Arizona League rolled around in late June, Jerez was fully converted to left field, even playing a few innings in center.

Along with the position change came a new approach at the plate for Jerez. He abandoned some of his patience at the plate for more aggressiveness and a much more confident swing. While this increased his strike out rate, it increased his power potential by a far greater margin. In 48 games with the Indians 1 squad in 2018, Jerez hit a franchise record 14 home runs (surpassing Bobby Bradley, Oscar Gonzalez and Henry Pujols‘ previous record of 9 and outpacing Billy Wilson who hit 10 for Indians 2) along with 11 doubles after previously having 17 extra base hits in his first 68 games.

Burgos looks to first to hold Naylor close to the base. Jerez waits for a throw. – Joseph Coblitz, BurningRiverBaseball

For those who haven’t seen Jerez and are picturing another Nellie Rodriguez, while he has the power, he does not have the size. He is listed at 6’1″ 178 and, while many of these numbers seem off for the younger players, it seems accurate for Jerez. He looks the part of a left fielder and can run better than any player I’ve ever seen who started out as a catcher. While he isn’t an aggressive base runner, this speed is apparent on defense. Especially when compared to many of the other corner outfielders to grace Goodyear Ballpark over the last few summer seasons, Jerez should be considered a plus defender in the outfield.

The question that will have to be answered now is, was his drastic improvement real or a function of him being older than the majority of his opponents? Based on his 2018 season, there is at least some reason to believe the change is legitimate. He never had any cold streaks for the entire season and if anything, improved in the final month, hitting .333/.409/.645 (including half of his home runs) in August. While he was well deserving of a call-up for the final week in Mahoning Valley, Jerez stayed back and played in the play-offs for the AZL Indians.

Now in Lake County, Jerez has everything working for him. Other than Mitch Reeves in Lake County, who he will be splitting time with at 1B and LF, and Bobby Bradley in Columbus, there is little competition in the Indians farm system at first base. While he may have a harder time finding playing time in the outfield, his new found versatility should allow him to play every day at one position or another. If he can do so at a high level during this try out in Lake County, he could skip Mahoning Valley entirely.

While he has only played a couple games with the Captains so far, there are a few things to keep an eye on for this young slugger. While I wouldn’t worry too much about his power numbers early on, keep track of his walk to strike out ratio, something that took a severe hit between DSL and AZL and needs  to be sustained at least at his current level.

Jerez’s defense will also be important if he wants to stay an everyday players. There weren’t many eyes on him in Arizona, but now there will be. He will have to be a solid first baseman or risk losing those potential at bats. Reeves is already established as a good defender at first, so Jerez has significant competition at his current level. He will have to make the most of every opportunity to play or risk being sent down to Mahoning Valley when their season begins in June.