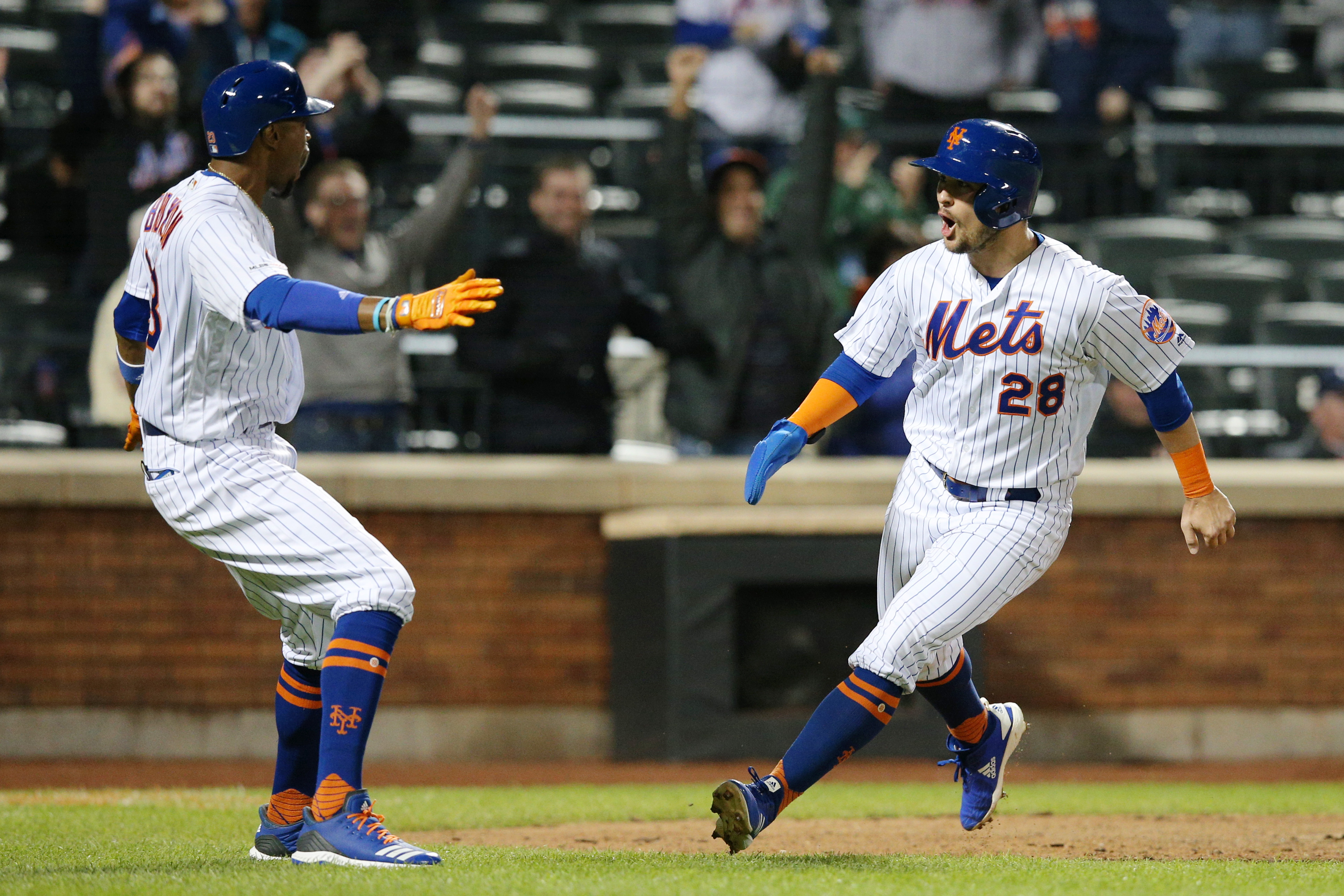 The New York Mets entered the season built on pitching, and ironically their pitching has been their weakest component. After a month of play, the Mets’ team ERA sits at a dreadful 5.21, with the starters (5.09 ERA) and relievers (5.38 ERA) both contributing to the problem. Despite all of their pitching woes, the Mets finished the first full month of the year at 15-14, just a game back of the first place Philadelphia Phillies in the National League East. A lot of the credit for that success goes to the Mets’ offense, which ranks in the top 10 in the major leagues in nearly every major category.

The Mets have faced a true juggernaut of a schedule to date, facing off twice with the Phillies and Washington Nationals and once with three other contenders in the Atlanta Braves, Milwaukee Brewers, and St. Louis Cardinals. The fact that the Mets have survived that brutal stretch, most of which came on the road, with a winning record is a credit to their new look offense. This group isn’t reliant on the home run ball, unlike previous editions of the team, slugging just 34 homers over their first 29 games. These Mets rely more on contact and timely hitting, which has made them even more dangerous going forward.

Nearly everyone had a strong April for the Mets, but their biggest stars were the young guns. Pete Alonso, who made the team out of camp despite service time considerations, is hitting .292 while leading the team in home runs (9) and RBI’s (26). Jeff McNeil seemingly gets two hits a game, leading the Mets in batting average at .370 while playing all over the field. Those two have been the most notable Mets, which overshadowed the solid work out of Michael Conforto (.269/6/14), Robinson Cano (.270/3/11), and Amed Rosario (.274/2/17).

The pitching hasn’t been great for the Mets, but there have been two notable exceptions. Steven Matz has been the Mets’ best starter to date, going 3-1 with a 3.68 ERA over the first month of the season, with only one blowup outing in Philadelphia causing his ERA to spike. Closer Edwin Diaz has also been outstanding, converting all eight of his save opportunities and pitching to a 1.54 ERA while striking out 20 batters in 11.1 innings pitched.

There are signs of concern, however, given the struggles of Jacob deGrom and Noah Syndergaard, both of whom will start the Mets’ first two games of May. The schedule gets slightly easier in May, but the Mets still have two more series with Washington and matchups with the Los Angeles Dodgers, San Diego Padres, and Brewers on tap. All three of those teams have been hot to start the year, but those series are offset by a pair of weekend sets with the Miami Marlins and a home set against the struggling Detroit Tigers.

The Mets are slated to play 29 games in May, and they will again spend most of the month on the road, playing 17 road games against just 12 at Citi Field. The key to how the Mets’ perform is going to be how fast they can get guys like deGrom, Syndergaard, and Jeurys Familia right to stabilize the pitching staff. The Mets’ newly found offense should put less pressure on the staff to be perfect every time out, but they have gotten far too many non-competitive games from their pitching to date.

An ideal goal for the Mets would be to get through May with a 16-13 record, putting them at 31-27 entering June. Given how rugged the National League East is, simply maintaining a solid footing through all of these divisional games would be huge. The Mets may not have been perfect in April, but they have built themselves a solid foundation for a contending season.