Your Morning Dump... Where the Celtics get lost in transition 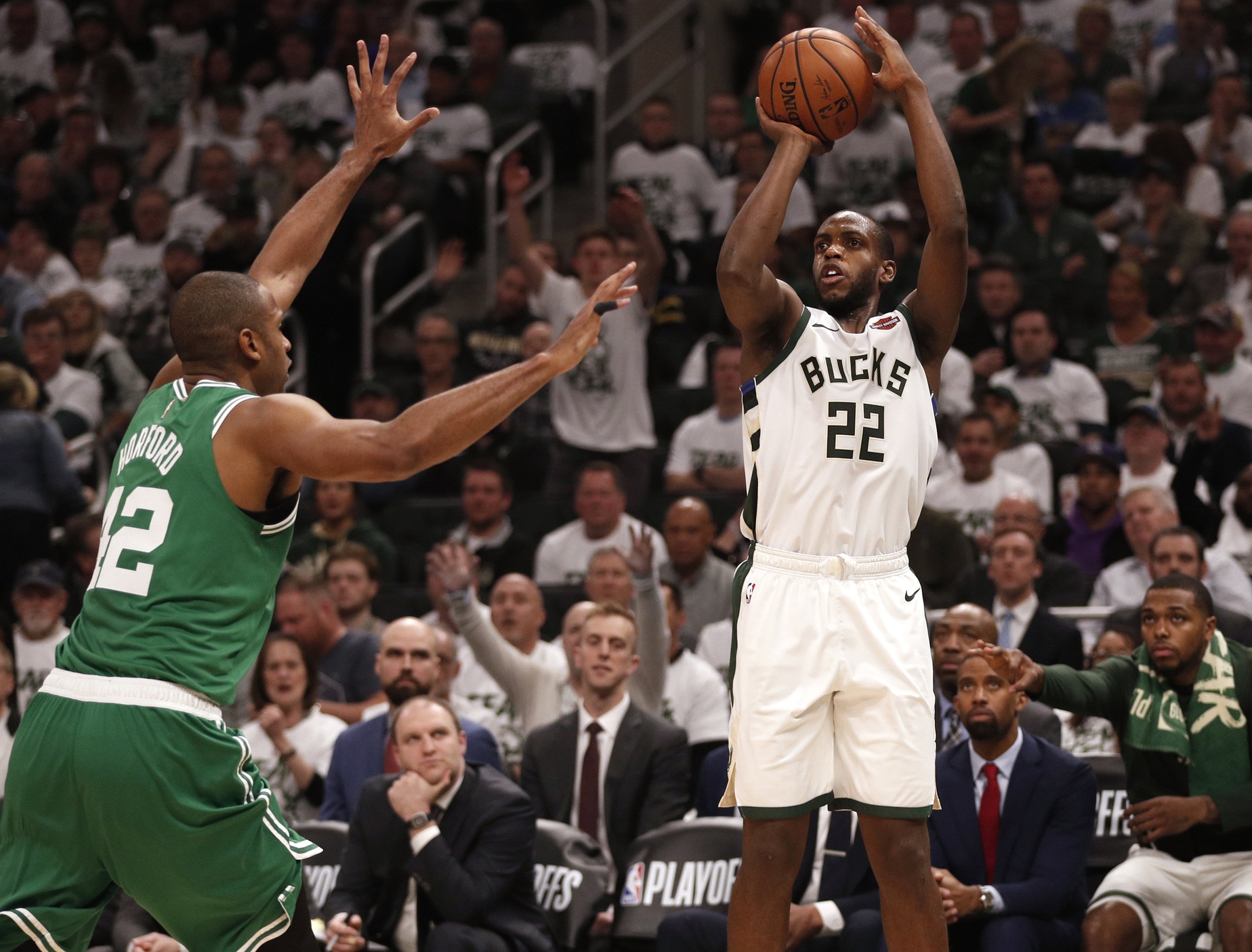 Your Morning Dump... Where the Celtics get lost in transition

Five of Khris Middleton’s seven 3′s followed Boston misses. A sixth followed a Boston turnover. So only one of his 3′s came after Milwaukee inbounded the ball and got back against a set Boston defense not scrambling with cross-matches.

“One of the main things is just for us to get out and try to get a stop and get out and run and play with pace and attack out of that,” Middleton said after the game. “I was able to find open 3′s and pull up 3′s with that.”

While much has changed for the Celtics in the recent weeks, some things have stayed the same. Boston’s transition defense has been their Achilles heel all year and it was only a matter of time until the Bucks – who have a play that can dribble the entire court in four steps – exposed it. I think people underestimate the value of being able to step into a shot in transition as opposed to standing in the corner and waiting for a catch-and-shoot opportunity. This is especially true against Boston, who can really dig their heels in when they can set up their defense in the half court. Of course, when the shots don’t fall, you never get a chance to set up. As we know with these Celtics, they can respond poorly to missed buckets by trying too hard to get a quick shot off on the next possession.

Also, if I may pose the following questions: What the hell, Khris Middleton? Why? Can you not?

On page 2, Kyrie accepts his role

Kyrie on if it’s an extra burden being the only Boston Celtics All-Star. pic.twitter.com/mJpsGZWHeU

Alright. All you people who chirped about Kyrie’s quotes throughout the year better show him some gosh-danged appreciation after this one. Kyrie had a terrible game and said some remarkably normal things in his post-game presser. Kyrie’s proven himself as a guy who can bounce back and he clearly has at least some idea of what being a leader is after the adversity he faced this season.

(If I’m being entirely honest, I’m not sure how much he understands leadership, but he seems fully aware now of what’s expected of him and that still seems like a step in the right direction).

Allow me to remind you all that Paul Pierce was not the steady rock that anchored the Celtics in their deep playoff runs on day one. Yes, he was really good in his early seasons, but it took him a while to learn to handle the pressure in a mature way. We owe Kyrie the same amount of time to grow and learn.

New York Times: Giannis Antetokounmpo wanted more. That was bad for the Celtics.

Yahoo: Giannis, Bucks even series with Celtics after they got their ‘ass whooped’ in Game 1