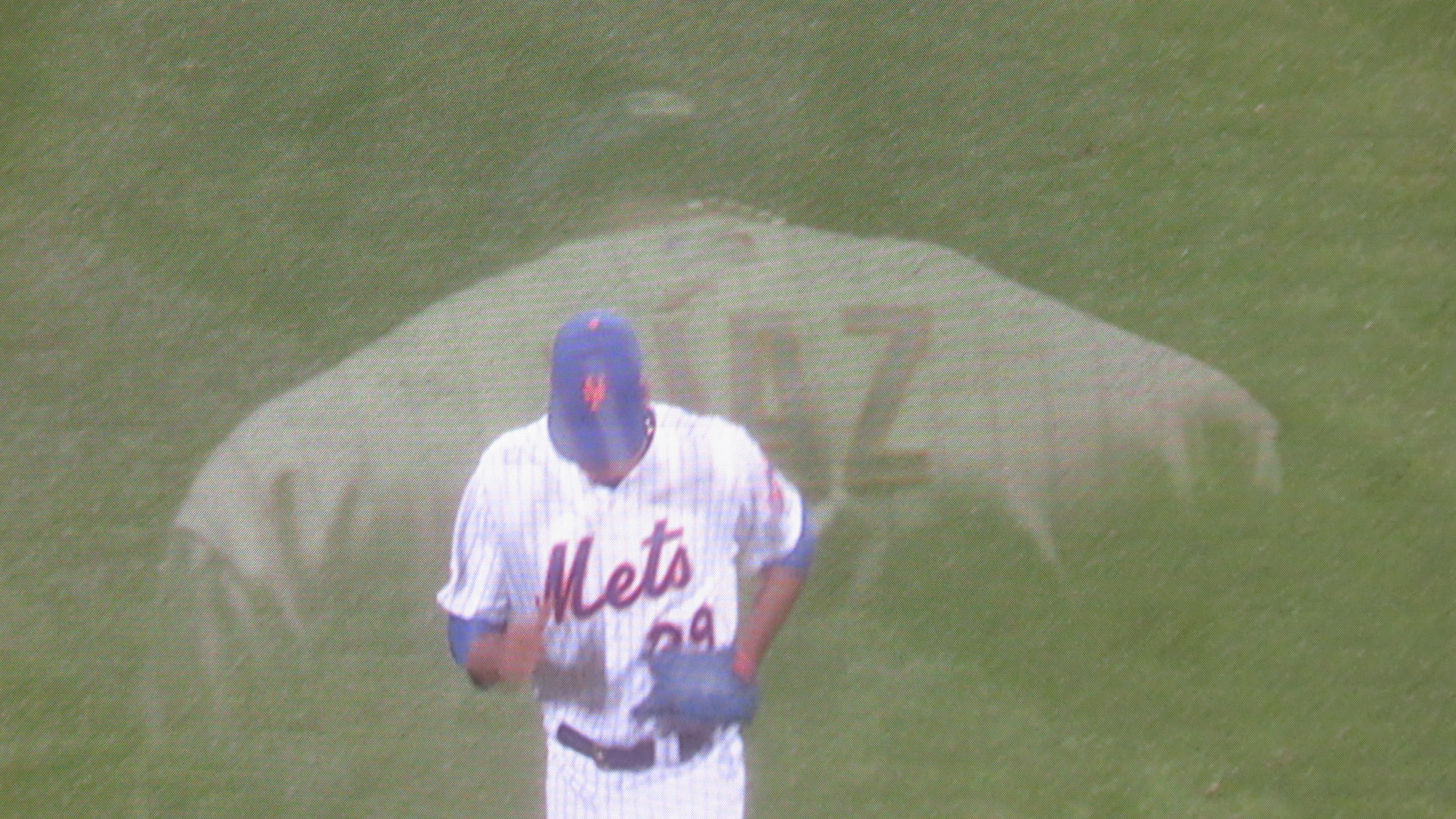 Jacob deGrom led off his Wednesday start with two hard hit balls: A liner by Joey Votto to J.D. Davis (the only infielder playing that side), and a hard liner to center by Eugenio Suarez. So either the baseball gods were on Jacob’s side, or the BABIP gods were about to wake him up from his dream about 2018 any second.

Turns out it wasn’t a dream. The Jacob deGrom we all knew was back for at least a limited engagement on Wednesday, as he hurled seven shutout innings while striking out six, walking two and giving up just three hits. He got into trouble in the fourth, hurt by an error by Brandon Nimmo on a fly ball by Joey Votto to lead off the inning, but deGrom got out of it as he surrounded the error, a walk, and a hit batsman with three strikeouts.

Everything back to normal for #deGromination tonight… no run support. #LGM

Yeah, it’s a package deal. You get the good deGrom, you also get the lack of runs associated with his start. And the Mets couldn’t get to Anthony DeSclafani and company through eight innings. Did the rain make the slick balls more palatable? Have the balls been less slick in the past three days? Is Rob Manfred showing that he has the power to decide whether the Mets lose 9-7 or 1-0 just by changing the feel of the baseballs?

I really tried to figure out the secret sauce to Jose Iglesias’ home run against Edwin Diaz in the ninth to win the game for the Reds. Was it a mistake to throw him a slider? Well, Fangraphs tells me that Iglesias hasn’t been great against either fastballs or sliders the past few years. So it had to be a combination of the following:

I’ll go with both. Upon further review, the slider had movement but it wasn’t buried. It was towards the middle of the plate. And Iglesias, who came into the game with 22 career home runs in eight plus seasons, hit a home run which would have been a home run with the 2009 dimensions. You know … Yellowstone. He had to be looking for it. Diaz helped it by giving it to him in the fat part of the plate. It was a meatball that was only slightly less juicy than the meatball sandwich I had a Nicoletta tonight. (Highly recommend.)

The bottom of the ninth went without incident, unless you consider Jesse Winker’s interaction with the left field fans an incident.

In Jesse’s defense, fans had spent the entire game calling him Fonzie because his name is Winker, which is close to Winkler, as in Henry. According to a conversation I no choice but to overhear in the third inning, Winker turned to the fans and said “you’re all played out.” To be fair, our villains used to have purpose. Larry Jones and Shane Victorino at least deserved and relished the part. But we’re so desperate for villains now that Chase Utley is retired that we’re turning to Peter O’Brien and Jesse Winker. It’s like going from Thanos to Lenny Luthor and Ross Webster. “We’ll shame you with our Happy Days references!”

Do better. Or be forced to jump the shark.