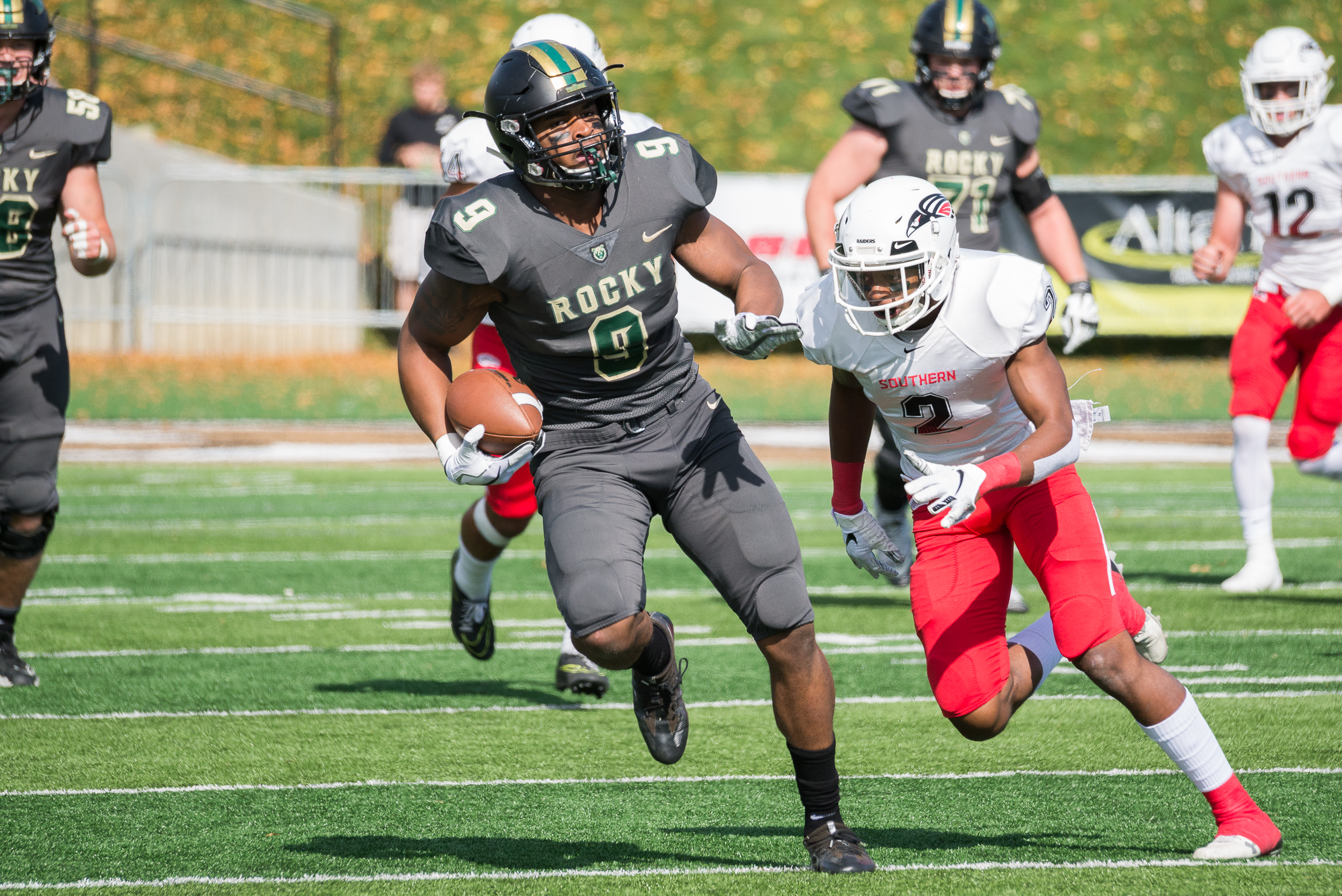 After months of evaluations and interviews with NFL teams, the 2019 NFL Draft process ended last week in Nashville for thousands of draft prospects.

Out of those draft prospects, only 256 heard their name called last weekend on the draft stage.

However, for the other 800-plus prospects who did not see their names on the television screen, their dreams of playing in the NFL did not come to a screeching halt.

Instead, they just took a different route.

Many players either signed as undrafted free agents or received tryout offers to rookie minicamps, which are taking place this week and next week across the country.

One undrafted player who will get that chance to make an NFL roster is former Rocky Mountain College tight end Darneail Jenkins.

Jenkins, who had a breakout senior year campaign (44 receptions for 737 yards and 10 TDs) for the Battlin’ Bears this past season, will try out at the Philadelphia Eagles’ rookie minicamp next weekend.

The 6-foot-5, 253-pound small school tight end was excited to receive a tryout offer from the Eagles, who have been known to find diamonds in the rough after the NFL Draft over the past few years.

It is not often you hear about a draft prospect coming out of Rocky Mountain College, which is located in Billings, Montana.

A few years ago, dynamic wide receiver Andre McCullouch was invited to the Washington Redskins’ rookie minicamp in 2016. However, the three-time NAIA All-American wideout never played a single snap in the NFL. Before McCulloch, there was wide receiver Chris Horn, who played for the Kansas City Chiefs from 2003-05.

With that being known, Jenkins understands how much of a feat it would be for him to make an NFL roster.

“It would mean a lot to me, coming from a small school and making the NFL or any kind of professional league. That’s a huge accomplishment for anybody,” he said.

“You don’t see a lot of Montana kids go to the pros, so it means a lot to me. I’m not from Montana originally, but I feel like Montana is my home.”

“I have the whole city behind me and the whole state behind me, so it would feel good. It’s an amazing feeling,” he added.

As the humble Jenkins mentioned, he is not from Montana. He is actually from West Pittsburg, California. That is where his college football career began.

The small school tight end spent two seasons at Laney Junior College in Oakland. The lessons he learned in JUCO football not only taught him a lot about himself but also helped him throughout the draft process.

“I learned that you should never give up,” he said. “I played my first two seasons at Laney. Then I quit football, quit school and everything.”

“I felt like I was way too talented and too smart to give up and stop playing football.”

Jenkins luckily did not give up on his dreams and will now put on an Eagle helmet and uniform for the first time.

The California native knows that nothing is guaranteed, but he looks forward to the challenge of making the 90-man roster.

“My goal is just to make a name for myself,” he said. “It’s not guaranteed that I’m on a team, so my goals are to get out there, make the team and get on the field when it’s time to play.”

Therefore, while all the attention will be on the Eagles’ 2019 NFL Draft and UDFA classes, do not forget about Jenkins. He has come a long way from West Pittsburg and could be the next in line to put RMC on the map.