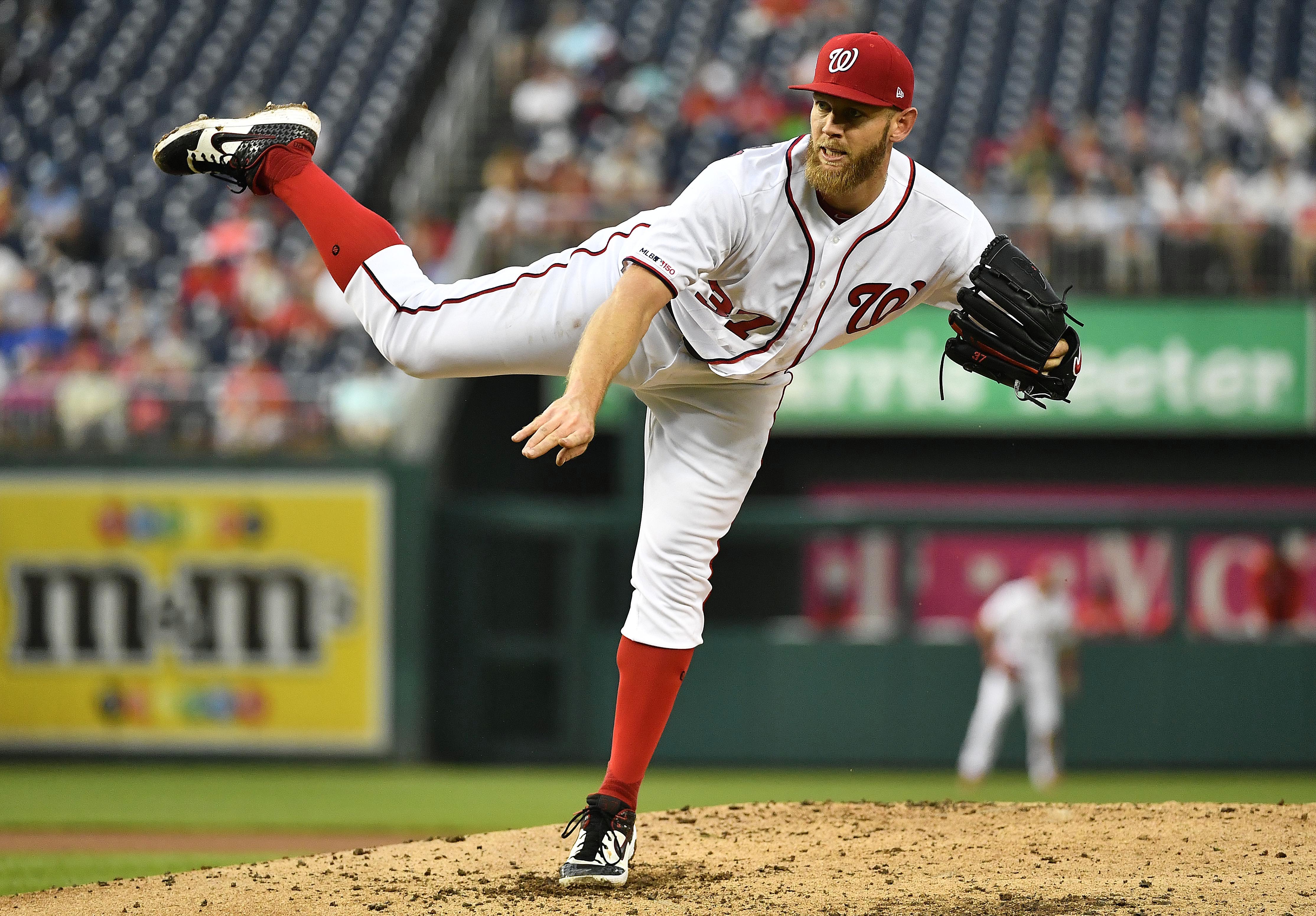 Nationals pitcher Stephen Strasburg burst onto the scene in 2010, and he made one of the most electric debuts in MLB history.

He struck out 14 batters on that day, which ended up being one of the most amazing environments ever at Nationals Park. Fans were on their feet during  nearly the entirety of his outing — we know, because we were there — and it had a playoff intensity.

And now he’s etched his name in the record books.

Strasburg struck out opposing pitcher Dakota Hudson in the fifth inning of Thursday’s game — which was his eighth of the evening — and it was a historic one. That ended up being Strasburg’s 1,500th strikeout of his career, and he was the fastest in MLB history to accomplish that feat.

He also did this.