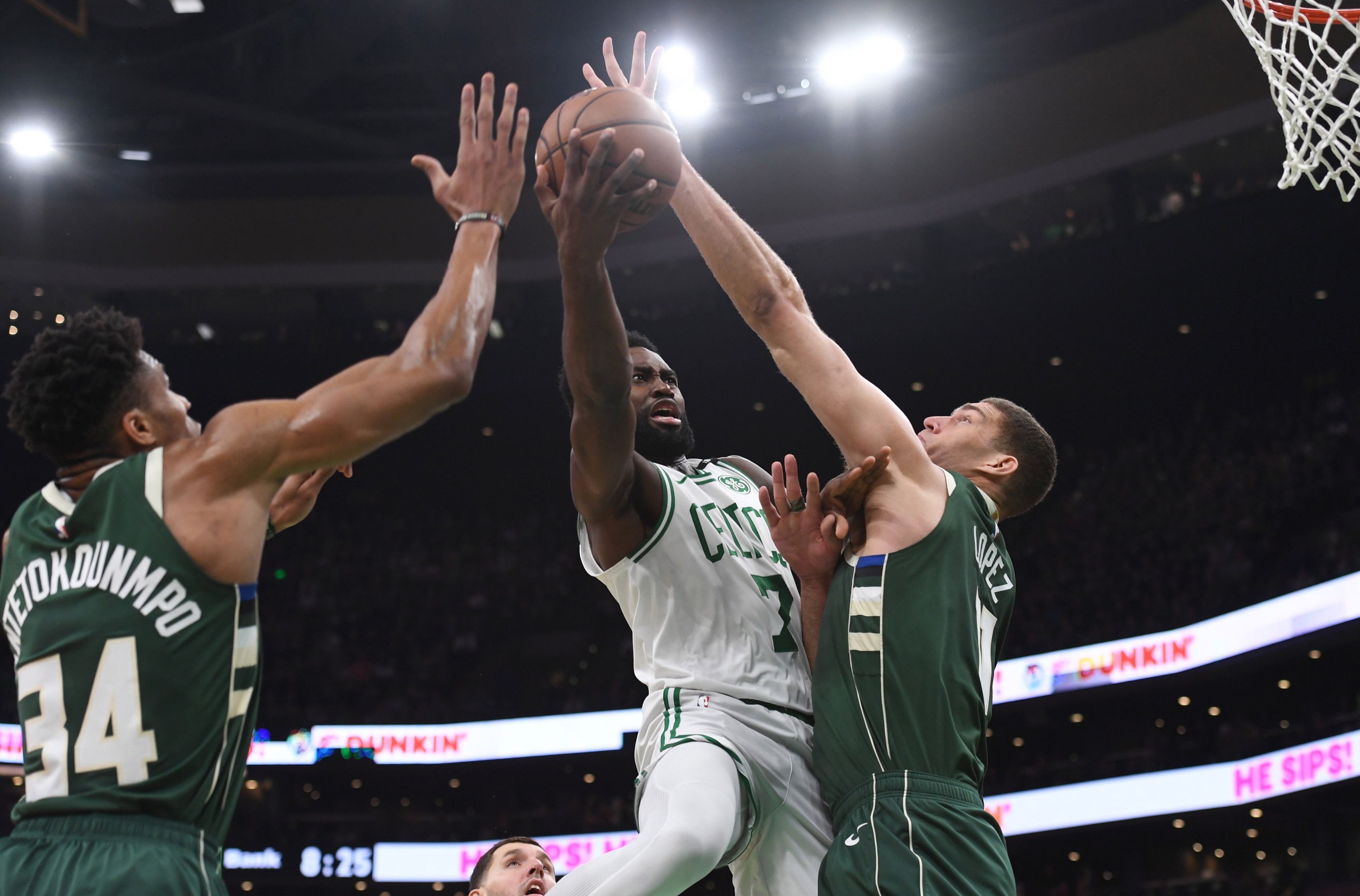 Objectively, the Boston bench and the abundance of turnovers were pretty bad. Subjectively, the whistles were questionable at best. Overall, the Celtics were clearly unnerved by the pressure of a big game and their disagreement with said whistles and failed to put a run together when they needed one. Final score: Bucks 123 – Celtics 116. Kyrie scored 29 points, Jayson Tatum added 20, and Jaylen dropped a smooth 18. Giannis lead Milwaukee with 32. Pat Connaughton added 21.

-The Celtics won the first quarter despite missing almost every open look Milwaukee gave them while hitting all the contested shots. So, nothing out of the ordinary. Kyrie took four (4) free throws after not attempting any in the first two games. Three of those freebies came from the Bucks committing a pointless foul with 0.1 seconds left in the quarter, but hey, I won’t tell anyone if you won’t.

-Semi Ojeleye minutes! He stonewalled Giannis pretty well and was called for fouls regardless. Those two corner threes were pretty nice, though.

-Jaylen Brown was fantastic until some shockingly unnecessary blows of the whistle took him out of the game. The Celtics desperately need a knock-down shooter to keep the offense afloat, and Jaylen has developed a taste for corner three-pointers. The Bucks tend to leave that shot open, so it’s key to have someone who can take advantage.

-The Celtics are afflicted by chronic turnovers. There’s a thin line between driving because there’s a lane and driving straight into a player to make something out of nothing, and the Celtics are walking that line like they’re failing a sobriety test. On at least four separate occasions, the Celtics played themselves by trying to play mind game on Brook Lopez on isolation. Respect him or not, Lopez didn’t fall for any of it, resulting in near-shot clock violations and travels. Nine turnovers in the first 24 minutes is too many.

-Milwaukee dropped 40 points in the third quarter. Third quarters are cursed and there’s really no other explanation.

-Boston’s bench struggled to score for the second game in a row. The collective 4-16 shooting speaks for itself, and as much as it pains me to say this, a lot of the looks they got were open ones.

I’m going to harp about the referees here, and let it be known I’m writing this bit long before I know the result of the game. Giannis is officiated on an entirely different set of rules and I hate everything about it. Hayward gets mugged on a play at the rim and he gets the call – but no free throws. Giannis gets stonewalled by Semi Ojeleye on the other end and gets two free throws for his troubles. Say what you want about all the whining in the recent days but this has just gotten objectively stupid. It’s always been stupid, but now we have cameras, replays, tweets, and highlights showing over and over that these calls are just objectively incorrect.

(I wrote the above all in the first quarter and it only got worse from there. I will not be adding to it.)