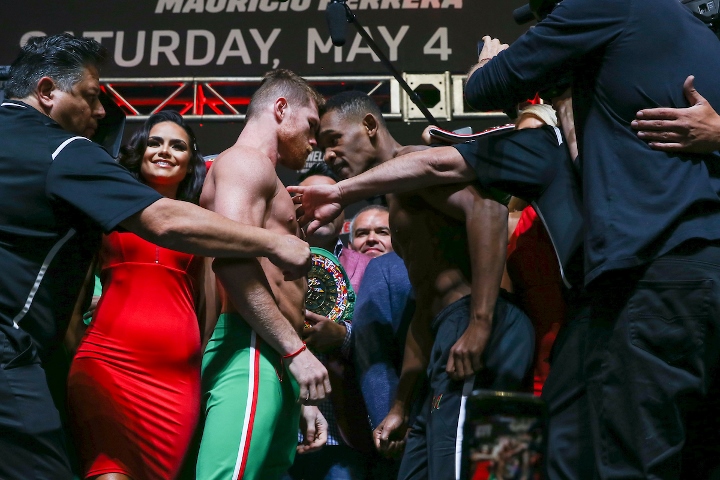 Luke Irwin: Jacobs is the kind of high-risk, low-reward opponent that I’m shocked Canelo and De La Hoya took. He’s absolutely the right opponent, but it’s refreshing to see it done right. Canelo seems to really be hitting his stride right now and is probably boxing his best. Jacobs is a fantastic fighter, but I think Canelo can take whatever Jacobs can throw at him and move forward, just like he did against GGG. And if he applies pressure the same way he did to Golovkin, I see him wearing Jacobs down late. Alvarez via UD.

Luke: Ryder is a late fill-in for David Lemieux, and while I think if they each had ample time to prepare, Ryder is probably the better boxer, I can’t pick him on short notice. Akkaway via SD.

Luke: Herrera is a 38-year-old fighter with a lot of hard miles on him. These days he’s either propped up for a challenger as a gatekeeper, or battles another well-worn fighter on an undercard. It’s certainly the former, here. Ortiz Jr. via UD.