The St. Louis Blues are close to eliminating themselves from the playoffs 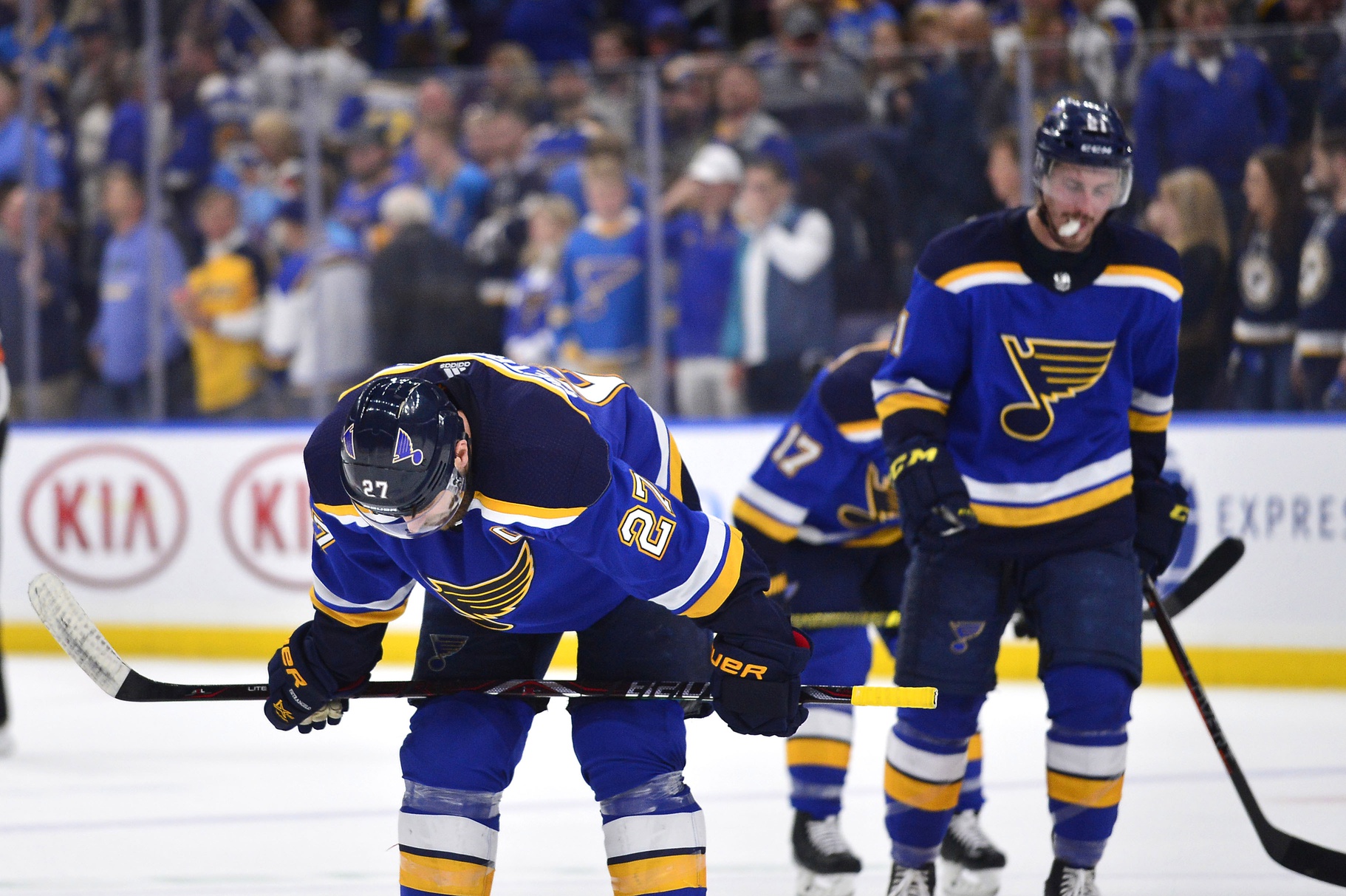 The St. Louis Blues are close to eliminating themselves from the playoffs

The St. Louis Blues were on a roll. They eliminated the Winnipeg Jets and jumped out to a 2-1 series lead in the second round against the Dallas Stars. Then the 2017-18 Blues showed up and rained on the party.

Now, the Blues are one loss from elimination and are playing some of their ugliest hockey of the season. Credit usually goes to the opposition when a team is on the brink of elimination, but here the Blues have done such a good job of shooting themselves in the foot that it neutralizes any praise thrown in the direction of the Stars.

The broadcast will spend time celebrating Dallas goaltender Ben Bishop, the Dallas defense and their timely offense. Blues fans will see the painful reality as their team is crumbling, making the opponent look like a high-tier contender.

Take Bishop’s play. He has played very well in the series. No argument here. We’d respect his play even more if he could cut out the theatrics, but that’s a different conversation. He stopped 38-of-39 shots and was the key reason the Stars won Game 5. But, and this is a critical point, the vast majority of the Blues’ shots were straight at his chest with little-to-no traffic. Only a few required Bishop to scramble or exert any kind of visible effort.

Can you remember any Blues shots in Game 5 that were tipped or redirected? Probably not and that’s a big problem. So too is the complete lack of traffic in front of Bishop. The Blues’ offensive approach in Game 4 and Game 5 has been so unorganized and so unimpressive that just about any NHL goaltender could look elite with so much time and vision to stop shots straight at their midsection.

Dallas also blocked 19 shots in Game 5. That’s a big number that doesn’t reveal just how many were weak shots from the blue line where the Blues skater failed to get the puck past the first Dallas player. That’s a healthy dose of bad accuracy and bad execution mixed with an offensive strategy that’s far too slow and deliberate. There’s no creativity or imagination. It’s not hard to stop the Blues when they try the same thing over and over again.

The Blues are extremely easy to defend right now. They’re even worse on the power play which is a remarkable accomplishment. You know it’s bad when fans are asking the Blues to decline their next power play. Their struggles just to enter the Dallas zone with the man advantage might be the perfect summary of how broken the current approach and execution has been. So too are the handful of breakaways and 2-on-1 rushes allowed while on the power play. Talk about ridiculous.

Then there’s the 15 giveaways credited to the Blues in Game 5. That’s just the official tally, but an argument could be made that they made quite a few more. Many of those turnovers were in their own zone and passed directly to a Stars player. So many passes missed their intended target. So many passes were so bad that no one really knows who was the intended target. The Blues struggled to clear their own zone again and again as they kept giving the puck up with little to no fight. It was ugly.

It’s crazy to think that the 2018-19 Blues, a team that showed its resilience throughout the last half of the season, now look like a team that shouldn’t even be in the playoffs. Their crazy ride could meet an abrupt end and they have no one to blame but themselves. They look like a team that has hit a wall and completely ran out of gas beginning in Game 4. Maybe the magic has run its course this season?

Is anything left in the tank or will the Blues continue to be their own worst enemy?