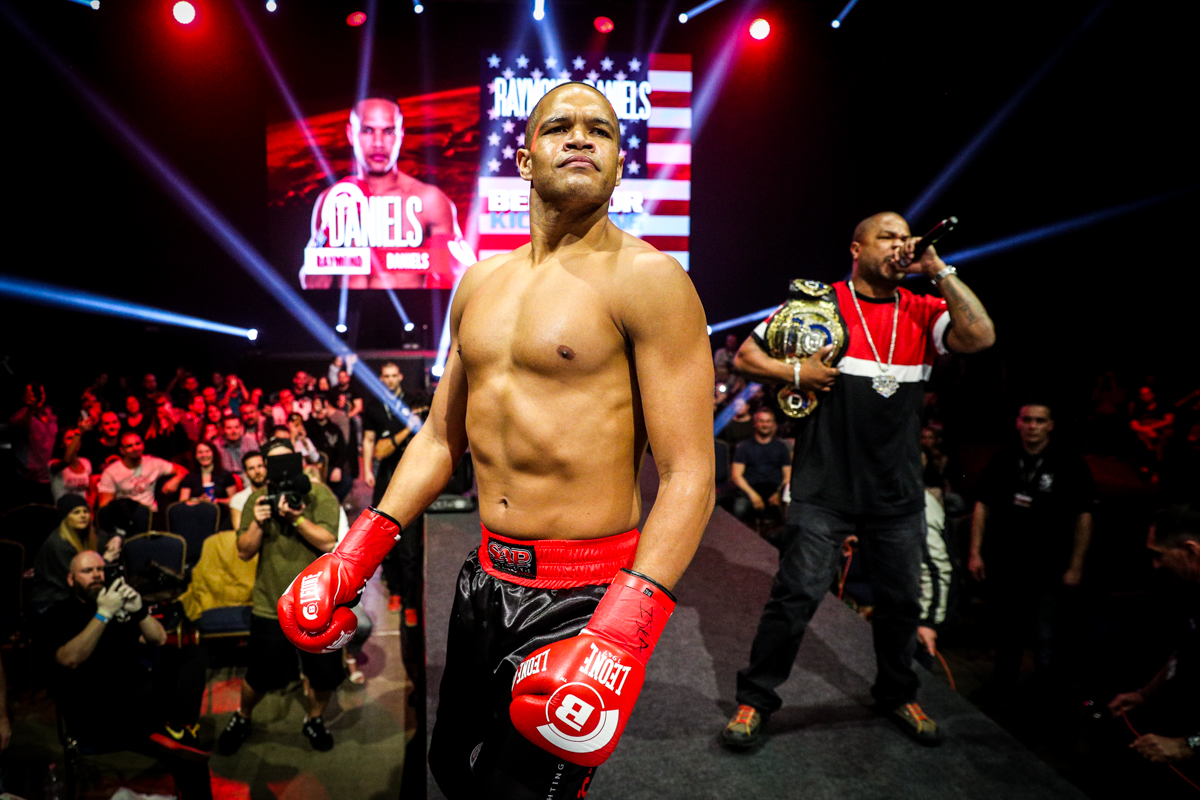 Raymond Daniels is one of the top knockout artists in combat sports today. The Bellator Kickboxing Welterweight Champion, Daniels (35-3 kickboxing, 1-1 MMA) has over 22 KOs in his kickboxing career. His latest one, this time in MMA, was his most creative one yet.

Facing Wilker Barros at Bellator Birmingham, Daniels put on an incredible display of athleticism for over four minutes.

Woah! @RD_GOAT is called "The Human Highlight Reel" for good reason.
Check out this FULL first round to kick off 🦵our main card here at #BellatorBirmingham. pic.twitter.com/bifjSYMPGv

As you saw, Daniels got Barros to slide across the canvas with a spinning back kick. When Barros got up, Daniels spun two times, making it look like he was going for a kick. Instead, “The Human Highlight Reel”stopped and just smashed a right hand to the face of Barros, knocking him out.

That was Daniels’ first win in his young MMA career, and his first MMA fight since 2008. It is another performance to add to his impressive resume of knockouts, dating back to his Glory and World Combat League days.