Your Morning Dump… Where the Celtics have dug themselves a hole 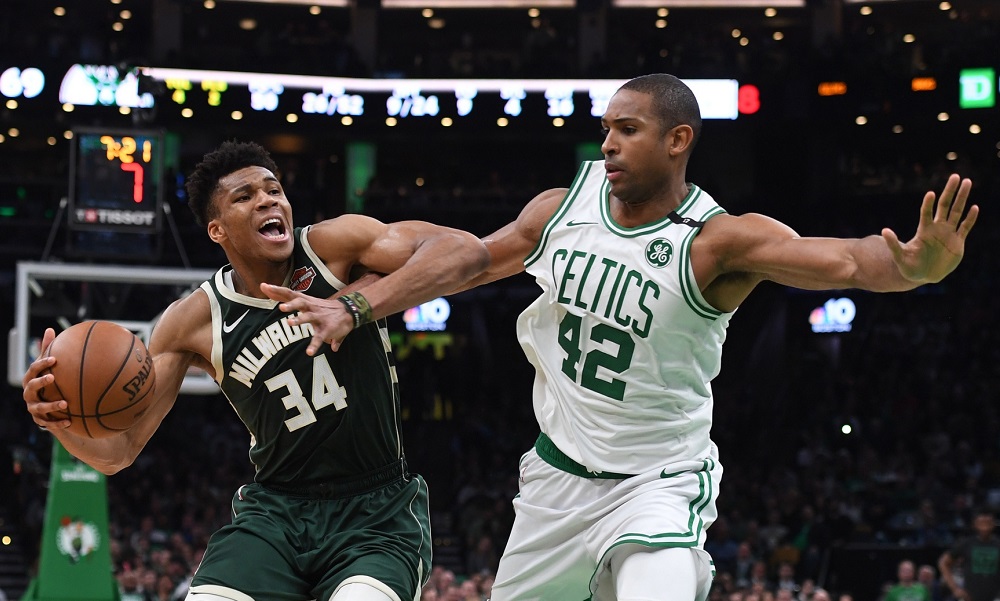 Your Morning Dump… Where the Celtics have dug themselves a hole

The game was even at 69 four minutes into the second half when it seemed the Celtics had reached a crossroads. They’d made five of their first seven shots in the quarter, yet had lost a point to par.

There was the feeling that maybe those 10 first-half turnovers — and the 15 points the Bucks had gotten from them — were just waiting to haunt them, that squandering the opportunity to build on a lead that had gotten as great as a dozen would be an issue later.

And so it all came to pass as Milwaukee shot 64.7 percent and went for 40 points in the third quarter as the Celts struggled and ultimately failed to keep up. The Bucks’ lead grew to as many as 17 while the C’s were putting their heads down and driving into the teeth of their opponent’s defense with predictably poor results.

The Celts did make a late run, but getting within five on an Al Horford 3-pointer with 10 seconds left will only make this one look better in the history books.

Herald: Celtics failed to learn from Game 2, paid for it in Game 3

Third quarter defense dooms Celtics again: One game after watching the Bucks erupt with a 24-2 third-quarter run, the Celtics defense fell apart at the seams for the second straight game in the third period. Giannis Anteokounmpo scored a game-high 32 points to lead five different Bucks in double figures as the visitors turned in a 40-point third quarter to take control of the game in a 123-116 victory.

The Regular Season Celtics are the frustrating bunch that can never get over the hump, who disappoint rather than surprise, who fail to meet our admittedly high expectations.

In Game 3, we saw some familiar themes:

All this on a night when Jayson Tatum finally got going (20 points, 11 rebounds), and on the other side, Eric Bledsoe was terrible (4-15 shooting) and Khris Middleton (20 points on 6-12) for once did not go on a rampage.

Look, the series is far from over. Obviously, Game 4 is a must-win, because falling behind 3-1 means the season will be over soon.

But if they can tie the series at 2-2, we’ll be back to “anything is possible.” Because we know they can win in Milwaukee. Because there’s still time for Kyrie to go supernova. Because maybe Marcus Smart will come back. (Probably not, but maybe.)

I’ll stay optimistic as long as the Cs give me a reason to do so. But for that, we’re going to need the Playoff Celtics to show up, every time.

Related – NBC Sports Boston: Celtics stumble, fall, can’t get up from second-half Bucks surge  |  Highlights of the Celtics’ 123-116 Game 3 loss to the Bucks

Herald: Celtics on wrong end of bench beating for a change

The Athletic: Frustrated by calls and overpowered by Giannis Antetokounmpo, Celtics fall behind in series

On Page 2: A foul third quarter

If the Celtics thought they could just get the Bucks to fold like fresh laundry in the bubbling basketball cauldron of emotion on Causeway Street they were mistaken.

It helped that Antetokounmpo took up residence at the free throw line. He attempted all eight Milwaukee free throws in the first half, doubling the total of Irving, who had all of Boston’s free throw attempts.

The Greek Freak might not be an NBA MVP winner yet. But he gets MVP calls. Antetokounmpo shot 22 free throws on this night, helping him to 32 points, 13 rebounds, and 8 assists. Giannis had a standing invitation at the charity stripe. Before some cosmetic officiating in the fourth quarter, when the Bucks had the game in hand, the free throw disparity in the game was glaring and infuriating for the Celtics. The Bucks had a 25-16 free throw attempt advantage after three quarters. The final tally was 36 freebies for Milwaukee and 32 for the Celtics.

Globe: With season on the line, we’re about to see who real Celtics are

The Celtics didn’t play well enough, but they still might have won if the officiating had been more even.

For example, after taking zero free throws in the first two games of this series, Kyrie went to the line 12 times in Game 3 and made 11 as part of his 29-point night. Yet Giannis took almost twice as many. It’s hard to believe, but the probable MVP has now taken 50 (!) FTAs in three games.

In the first half, the Bucks shot 8 FTs and the Cs took 4, but in the pivotal third quarter, Milwaukee went to the line 17 times. The Celtics were over the limit after just five minutes and were called for 12 fouls.

The trend continued into the fourth quarter.

That was a textbook phantom foul, and it was Jaylen’s fifth personal. The ref wasn’t even calling anything until Bucks coach Mike Budenholzer commanded him to blow the whistle. It was laughable.

This didn’t decide the game, but the more you watch it, the worse it gets. Kane Fitzgerald looks like he knew he made the wrong call as he made it. https://t.co/RFxUZX2GIP

The disparity helped swing the game to the Bucks, and people noticed.

Kyrie: A guy comes down, 6 times in a row, gets free throws, what are you really going to do? It’s slowing the game down, so, the run you would hope to make in a quarter like that doesn’t happen … it’s getting ridiculous at this point. It's just slowing the fucking game down.”

By game’s end, the FTAs were almost even: Bucks 36, Celts 32. But that’s because Boston shot 16 free throws in the fourth quarter, when Milwaukee had already built a comfortable lead.

If it’s possible for two entire teams to be officiated primarily on reputation, this has been a game where that happened.

C’s are clearly lost as to what to do if they can’t touch a Buck but also get nothing when they drive or a Buck initiates contact.

(This next one was Semi Ojeleye being called for a charge, even though Giannis had his foot on the charge/block line. The TV announcer said, “Just outside the restricted area.”)

Charge or block? You know who got the call. pic.twitter.com/PUH6GPMl5t

Free throw disparity will get normalized in garbage time, but it was the type and timing of calls between 55-54 and 106-90 that changed this game.

as i said during the game, one coach whines. One coach does not. Guess what coach is getting all the calls?https://t.co/xuzb2E5egg

All this, and we haven’t even seen Scott Foster yet in this series.

Now whether you think the Celtics are being hosed or they need to play better without fouling, the bottom line is the same: the Celtics probably can’t win if Giannis is taking 18 or 22 free throws. Somehow, they have to solve that problem, or else.

Related – Globe: Celtics should focus on defense, not freak out at the officials

With their first home game since John Havlicek’s passing, the Celtics honored their former captain with a moment of silence and a video tribute. The players also wore black warmup shirts decorated with a green No. 17.

Here's that Hondo tribute from the first quarter. pic.twitter.com/PHxEikqjvy