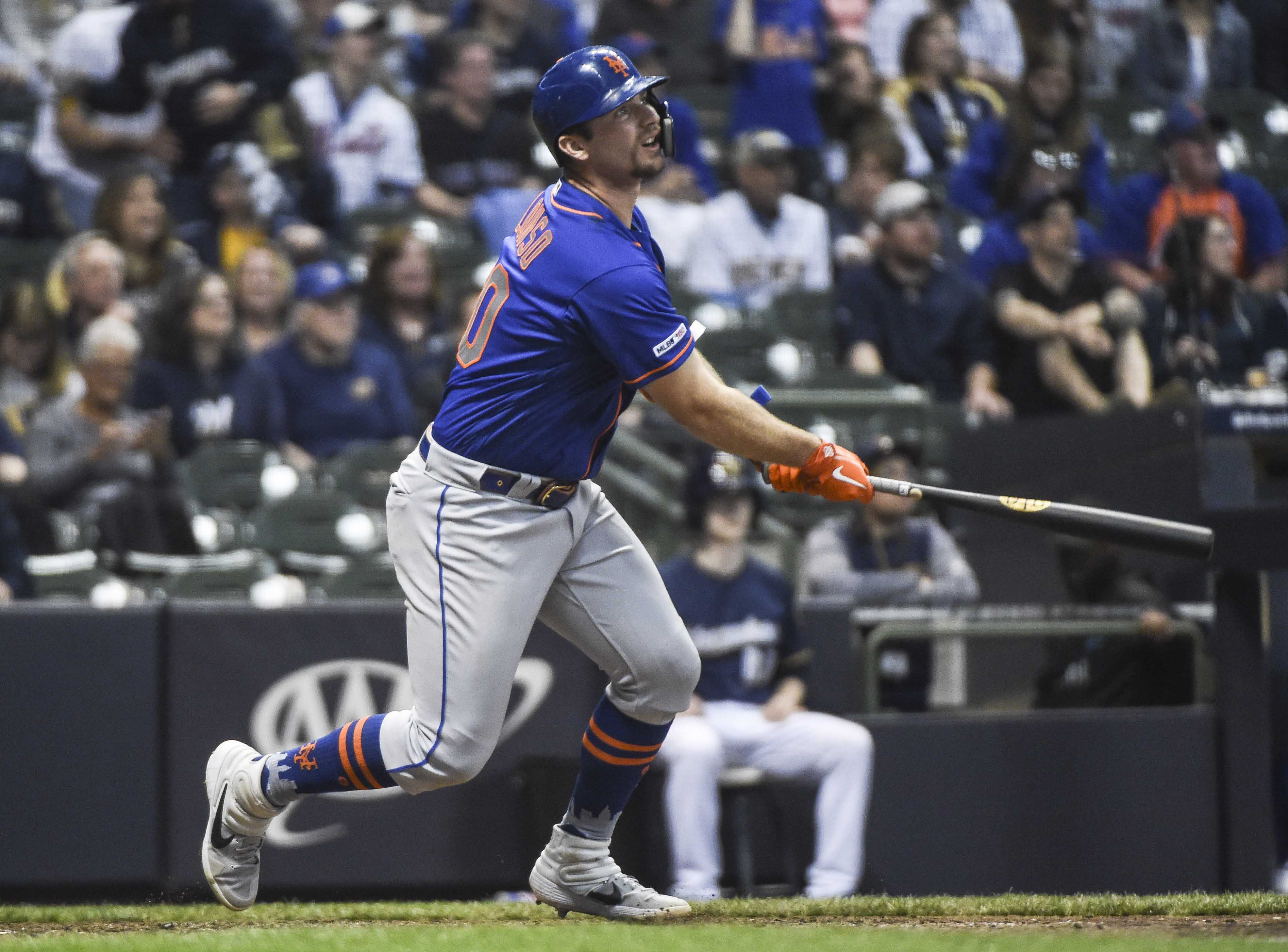 Little did Pete Alonso know when he hit a game tying home run in the ninth inning what hell he wrought to Milwaukee. Instead of a tidy 2-1 loss, Alonso kept everybody awake for another three hours only to watch the team lose 4-3 after Jeff McNeil gave the Mets the lead in the top of the 18th inning.

Not that Chris Flexen needed it, because he was wild enough, but the close pitches were all called balls by Angel Hernandez who is still the worst. But Flexen still walked three hitters in the 18th before Ryan Braun got his sixth hit of the day past Alonso for the winning two run single. It’s hard to blame Flexen or the Mets as he’s the last guy left in the ‘pen and somehow got the Mets past the 17th. But giving three free passes with the game on the line is just brutal, and it’s what you have come to expect from Flexen who is only on the team because three other relievers are hurt.

Also, let’s not forget that three runs in 18 innings is no way to win a ballgame, and five runs in 45 innings is a terrible way to try to win four ballgames.

Also, let’s talk about Amed Rosario, who dropped a throw from Michael Conforto in the 14th which would have nailed Ryan Braun stretching into a double (they say no error because you can’t assume an out, but if Rosario had caught that ball you could have pretty much assumed an out.) Then an inning or two later (I lost count), Rosario went to field a deflection by Robert Gsellman and let the ball go under his glove. The Mets can say all they want about how this isn’t an issue, but Rosario has nine errors to lead the league (and that drop on the throw from Conforto wasn’t even an error) and he looks lost.

Not for nothing, Mickey Callaway said after the game that Rosario wasn’t getting a day off. Brodie decided to send down Dom Smith to have Adeiny Hechavarria on the roster. If you’re not going to give Rosario a break and let Hechavarria play, then why in the world is Smith in the minors??? Hechavarria has to play so that Rosario can familiarize himself with the latest Victoria’s Secret Catalog like Rube Baker.

All these extra innings did two things. One: It caused Steve Gelbs to almost get himself arrested climbing into the Brewers bullpen to steal Jeremy Jeffress’ secret gum stash, which he wound up politely asking the bullpen coach for only to get duped and get regular gum from a completely different bucket. Two: It caused the bullpen to go nine extra innings with Jason Vargas going on Sunday, which should make for a fun game. No Seth Lugo, as he went three innings, and possibly no Robert Gsellman, as he also went three. So you’re down to Daniel Zamora, who went an inning, Ryan O’Rourke, Drew Gagnon, and Edwin Diaz if there’s a save situation which I can’t type with a straight face.

Give the Mets credit for hanging in with that bullpen, but it ended up in a loss because the bats were ice cold for 18 innings, and they had better heat back up for Vargas which means I don’t want to see Todd Frazier anywhere near the starting lineup. Sunday is something we’re going to have to brace for. It won’t be like any fictional Game of Thrones nonsense either. It’s going to be real carnage. And it’s all Pete Alonso’s fault … even though he didn’t mean it.