Your Morning Dump... Where it's D-Day for Marcus Smart 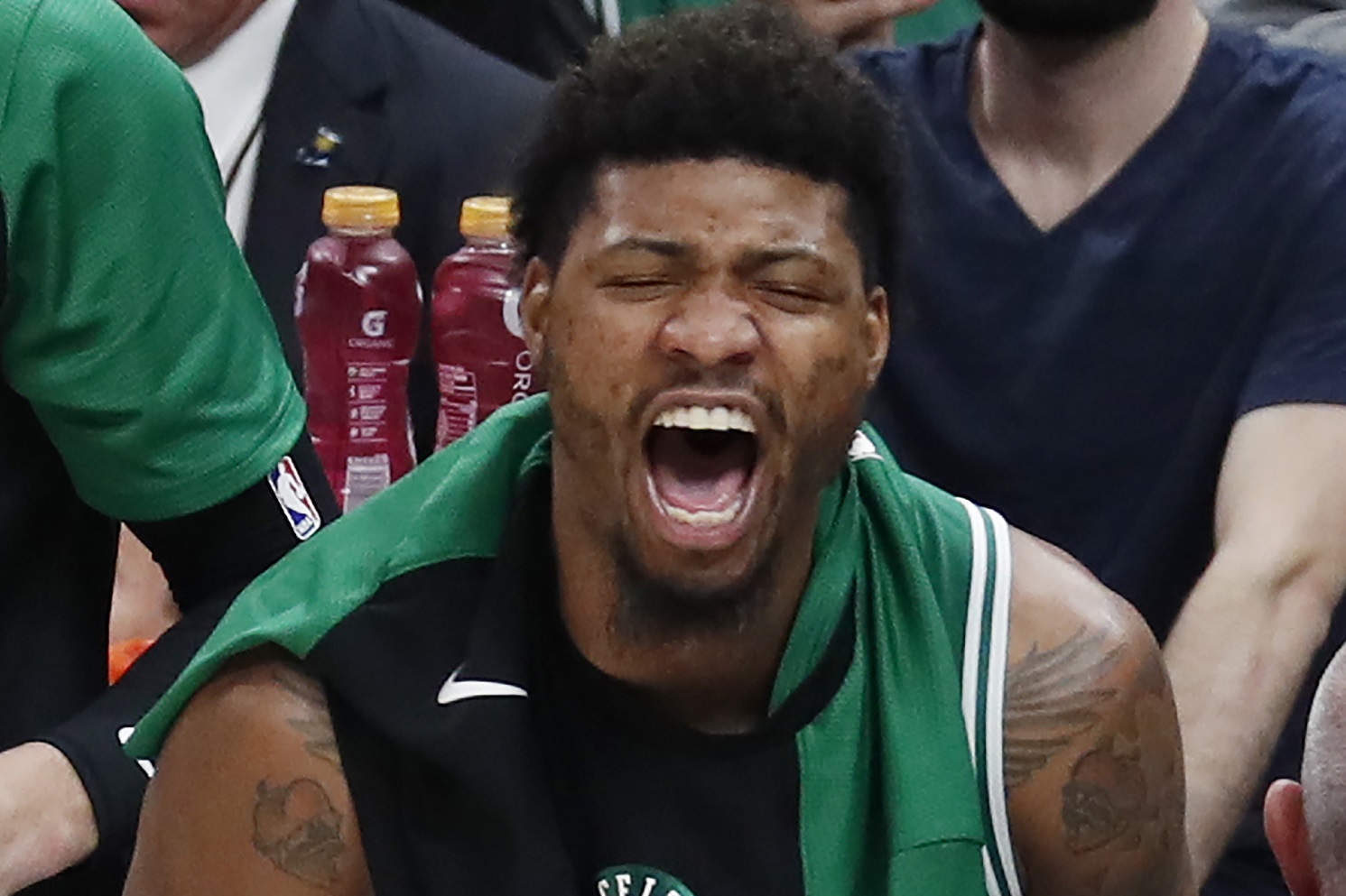 Your Morning Dump... Where it's D-Day for Marcus Smart

Stevens has kept his Smart updates short and mysterious throughout the four week injury rehab, choosing to plead ignorance when pressed for updates and timelines. However, he did say that Smart is scheduled to go through the team’s practice tomorrow.

“All indication is he will go through our practice,” Stevens said. “I’m writing up our practice plan now, and I don’t have any live drills on it, so if he does something, it’ll probably be before or after practice if that’s his next step.”

The next step has been to get Smart through some of those live drills, though Boston won’t run any full-court scrimmages at this point in their preparation. The next chance to do that would probably be in preparation for the next series if they advance, so Smart will have to test his oblique in other ways.

“I would say he’s probably going to be able to do 3-on-3 or 4-on-4,” Stevens said yesterday before practice. “And then I don’t even know if we’ll be able to get him into 5-on-5 contact before a game.”

I have a hunch Marcus Smart is going to play in Game 4 Monday. He’s reached the rehab timeframe (4 weeks), he seems to be moving really well, AND the season is on the line.

The bench stumbled badly in Game 3 and needs Smart’s playmaking ability (along with his intensity, hustle, and defense). I highly doubt Smart returns to the starting line-up for two reasons 1) he’ll be rusty and on restricted minutes and 2) Jaylen Brown is killing it as a starter.

Meanwhile, the Bucks are noncommital on the return of guard Malcolm Brogdon. This is somewhat surprising considering all signs pointed to his return for the start of the series.

Reverting back to Smart for a moment, the young man with a ferocious demeanor on the court reminds us frequently that he has a big heart off the court.

When Mary was in the hospital getting her stem cell transplant, Marcus sent both of my sons a pair of sneakers and a signed jersey. Marcus Smart is THAT guy. https://t.co/bdcEhRppK7

On Page 2, the offense needs to be better.

But there were the C’s getting too deep on their drives, according to Stevens, and committing turnovers that led to Milwaukee getting easy opportunity buckets and free throws.

Remember how last year against the Bucks we criticized the young Celts for driving into the teeth of the defense and either turning the ball over or getting their stuff blocked? Well, there was the issue again Friday, only with veterans at the wheel.

The bottom line here is that the Celtics need to be doing less dribbling and more finishing. Their ball movement was largely exemplary as they rolled out to a 12-point second-quarter lead in Game 3 — and that margin frankly should have been greater. It was the kind of stuff that had the Bucks’ players looking at each other to wonder who left Jaylen Brown open and had Mike Budenholzer reaching for timeouts.

It seems silly to fault the offense of a team averaging 112 points in this series, but this is our reality.

Steve Bulpett identifies other areas of concern in his article which include dictating the tempo and physical tone, interior help defense on Giannis (more Baynes?) and faster close-outs on perimeter shots. Sounds daunting, huh?

Globe – As Game 4 approaches, thoughts on what Celtics need to do | Washburn’s Sunday Notes