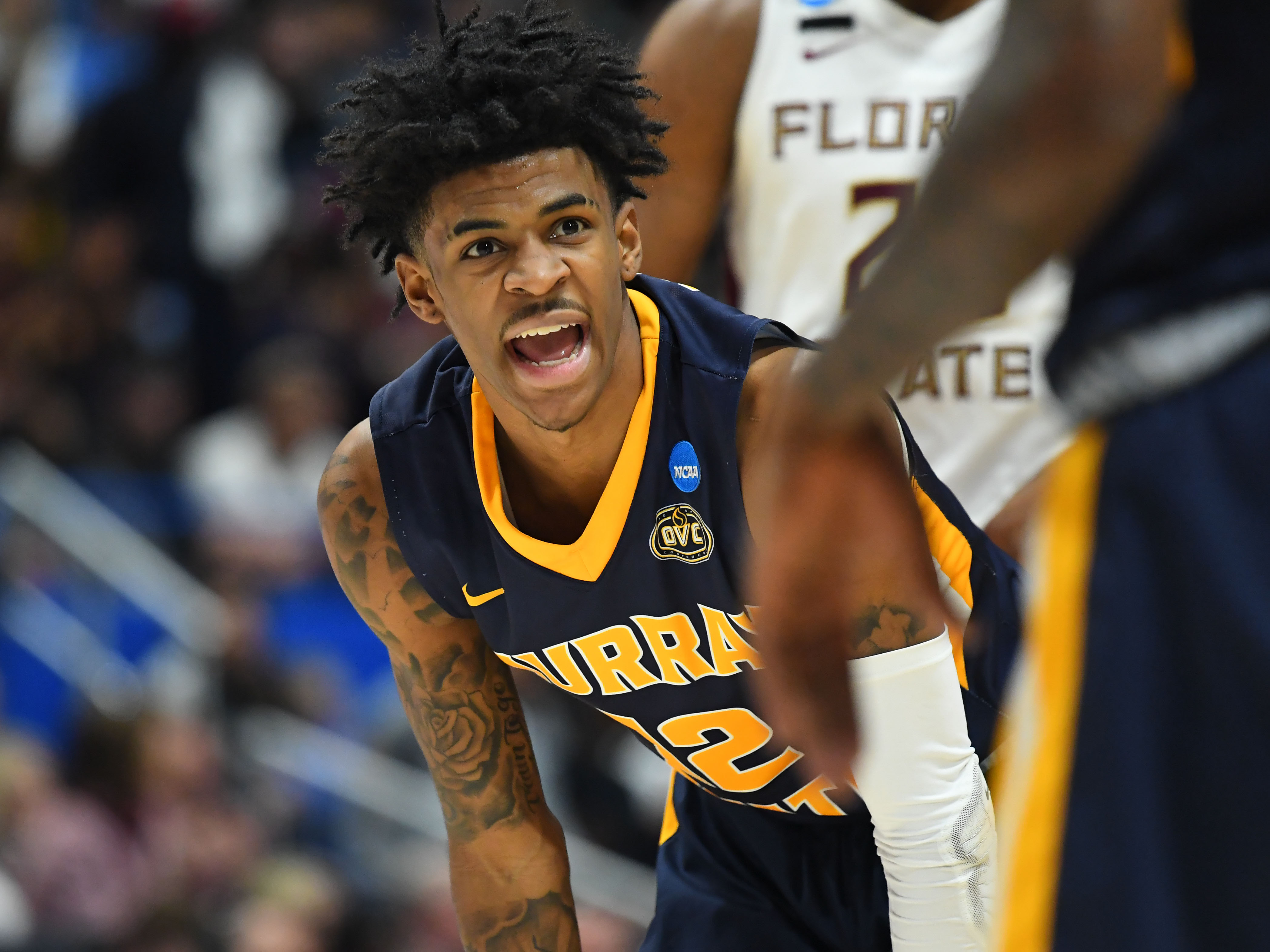 Ja Morant and Zion Williamson are the two most entertaining prospects in the 2019 NBA Draft, and they’re likely to be the first players off the board in June.

Both players showcased their talents in the NCAA Tournament, leading their teams to a few victories. Duke even found themselves a few buckets away from the Final Four.

But now both players must put their collegiate careers behind them, as it’s all about preparing for the NBA, both mentally and physically. Both Morant and Williamson will likely cash in on their collegiate success, with a good chance to develop into generational players at the professional level.

Morant is one of the more explosive point guards we’ve ever seen, as he has the ability to shoot from the perimeter, score at the rim or set his teammates up. And if you ask him, he’s not a point guard, but a “point g-d,” as he told Chris Haynes of Yahoo Sports in an exclusive interview.

Tomorrow I introduce consensus Top 2 pick in 2019 NBA Draft – Murray State guard Ja Morant (@igotgame_12) on the Posted Up w/ C. Haynes Pod. Subscribe below to have episode waiting for you in the morning. The kid brought 🔥