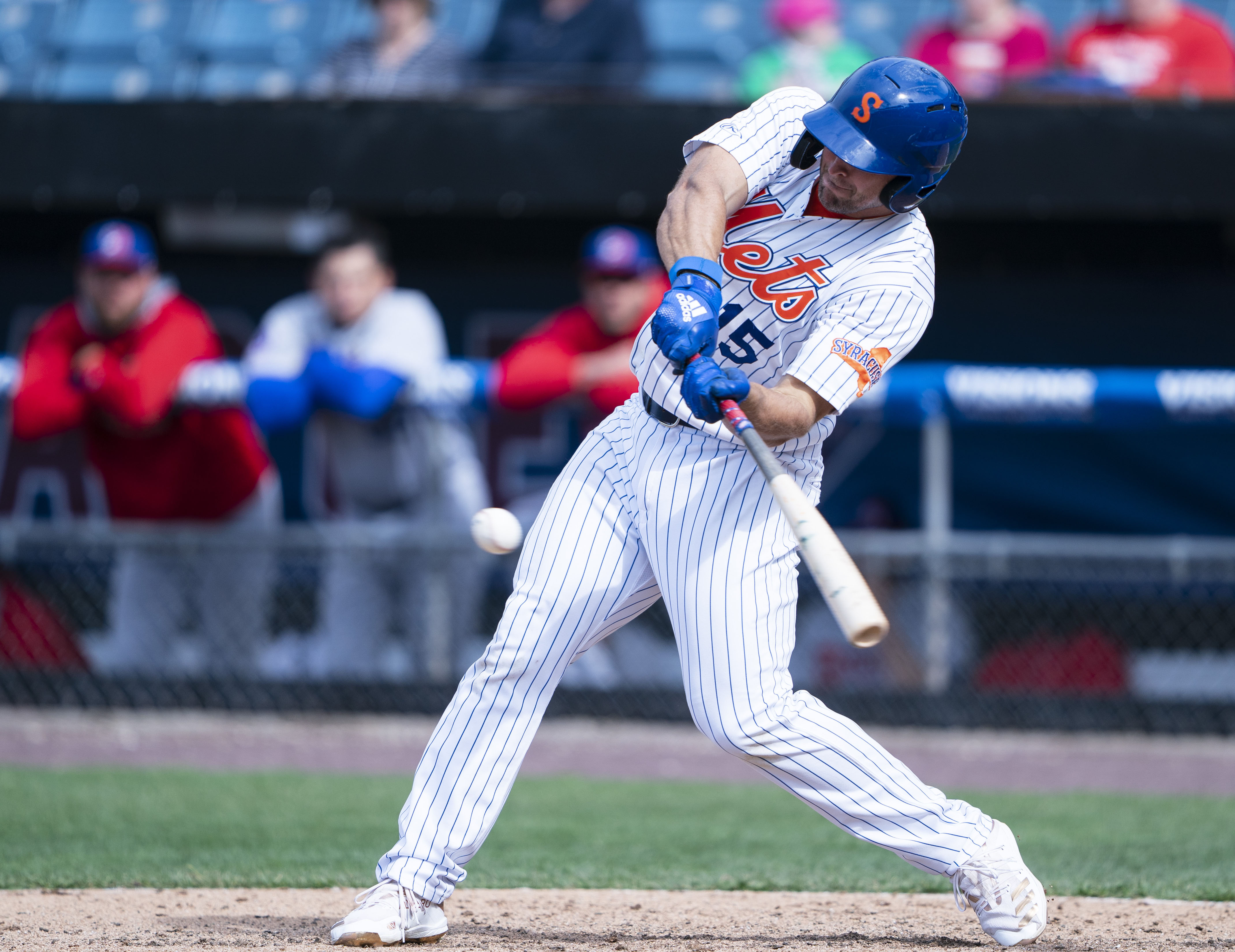 The New York Mets have a brand new AAA affiliate in Syracuse, so it made sense for them to put their marquee attraction on the roster. Former football player Tim Tebow, who had a solid year with AA Binghamton before a broken hand ended his season in the second half, was bumped up to AAA to start the 2019 season. The early returns have not been promising for Tebow, who is the focus of this week’s edition of Minor League Mondays.

After hitting .273 for Binghamton a year ago, Tebow is batting just .130 over his first 23 games for Syracuse. Tebow has already racked up a whopping 32 strikeouts in 77 at bats, collecting just three doubles among his 10 hits. There had been rumors floating around late in spring training that the Mets hoped Tebow would earn a place on the Opening Day roster, but this poor performance shows he is far from ready for a big league cameo.

While the Tebow experiment has helped the Mets sell a lot of tickets in the minor leagues the past few years, everyone knows that there are limits to his baseball ability. Tebow is now going up against the top pitchers in the minor leagues and is overmatched at the moment, which isn’t a shock considering he is only in his third full year of professional ball after not playing since high school.

The Mets will no doubt let Tebow play this year out in Syracuse to help sell tickets, but the question remains if he will ever hit enough to earn a spot on the big league roster. If the team is in a playoff race, the odds of Tebow being added to the 40 man roster are low because the Mets will look to add as many useful parts to their roster in September as possible.

The calculus changes if the Mets are out of it, and Tebow could be looked at as a potential drawing card in September, when the Mets have a lot of home games. The last thing the Mets want is to have strings of empty seats if they’re out of the race, so Tebow could make sense as a drawing card at that point. Mets’ fans have to hope that the team performs well enough that Tebow is never a consideration to play at the big league level this year because Tebow’s AAA performance leaves a lot to be desired.