Your Morning Dump... Where it's time for Kyrie Irving to take over games 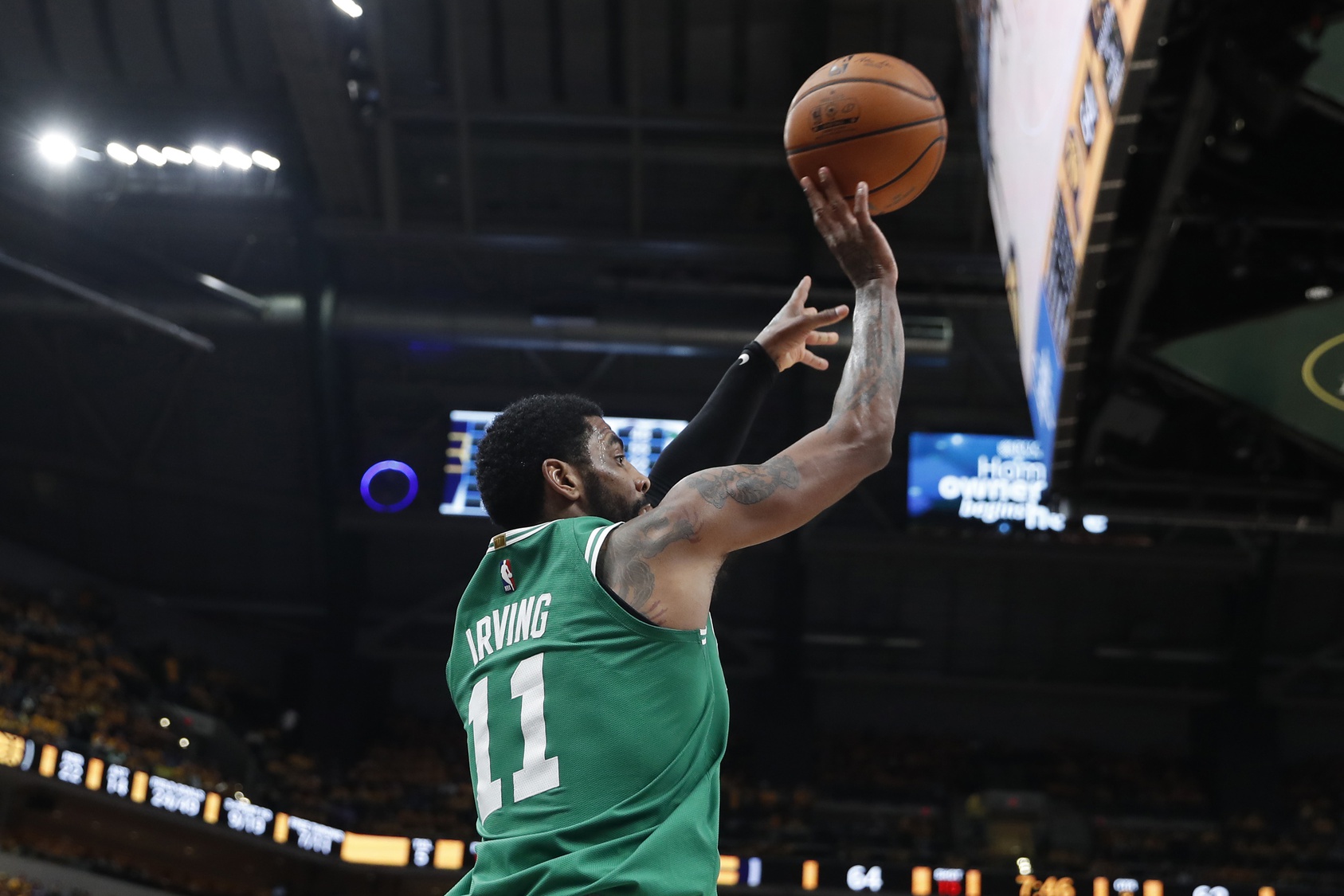 Your Morning Dump... Where it's time for Kyrie Irving to take over games

Inasmuch as he voiced his displeasure with the amount of Antetokounmpo’s free throws, Irving has to counter with a momentous offensive game of his own. He needs to score more baskets. He needs to get to the line often — when the game counts — and he needs to finish at the rim.

It’s up to Irving to manage the game, be the starting pitcher of sorts, to ensure the Celtics have a chance to win at the end. Game 3 was plagued with too many early turnovers, too much hero ball, and wasted possessions. Irving has to uplift his team by playing plays, getting his teammates involved, and stop trying to take on triple teams to verify his ability to score tough baskets. We all know he’s one of the best tough-shot makers in the NBA. But that’s exactly what the Bucks want Irving to do.

“I just gotta be me man, that’s the easiest part,” Irving said. “I think just painting a great picture, you just need help in doing so. Same mind-set that I’ve always had, just being aggressive, being patient, being able to be aware of the time of the game, where I need to make my impact, be in the right defensive positions, to be able to communicate with my teammates as well. That’s the easy part. That’s the fun part, that you just go out there and allow the flow of the game to dictate your instincts.”

It’s time to play like a superstar and earn that money, Kyrie. Take a moment and watch what Kawhi Leonard is doing to the 76ers. He’s carrying the Raptors.

I realize that Brad Stevens preaches ball-movement, spacing, and all that wonderful stuff. Irving needs to do all of that stuff until it’s the time not to. Get it?

Midway through the 3rd quarter of Game 3 was the perfect time to not be nice.

Kyrie has the resume:

Those 40 point outbursts were breathtaking performances with Irving hitting shots from all over the court. Those performances break the spirit of the opposing team.

On page 2, Marcus Smart is hopefully questionable for Game 4.

Marcus Smart finally got to the most important checkpoint of all this weekend — full contact — and passed a big test.

The Celtics guard said he “accidentally” took a charge during a 3-on-3 scrimmage Saturday.

“I wasn’t trying to, just kind of fell,” he said after Sunday’s light practice. “I kind of fell, I wasn’t even trying to take it. It was ironic, because that’s what I needed to do. And it just happened on its own, natural, it felt fine.”

“We’re not sure yet. I think I’m getting really close. By (Monday), it’s still up for grabs,” he said. “Like I said, I have to see how I’m feeling (Monday) morning when I wake up. Hopefully everything feels fine. As we know, injuries can be a little tricky. Sometimes you can have setbacks but hopefully that’s not the case. And hopefully they can clear me for (Monday).

I really hope Marcus is waking up feeling spry because this team needs him. They need his defense, energy, spirit and most importantly, playmaking ability with the 2nd unit.

Also, Bucks guard Malcolm Brogdon is officially out for Game 4.