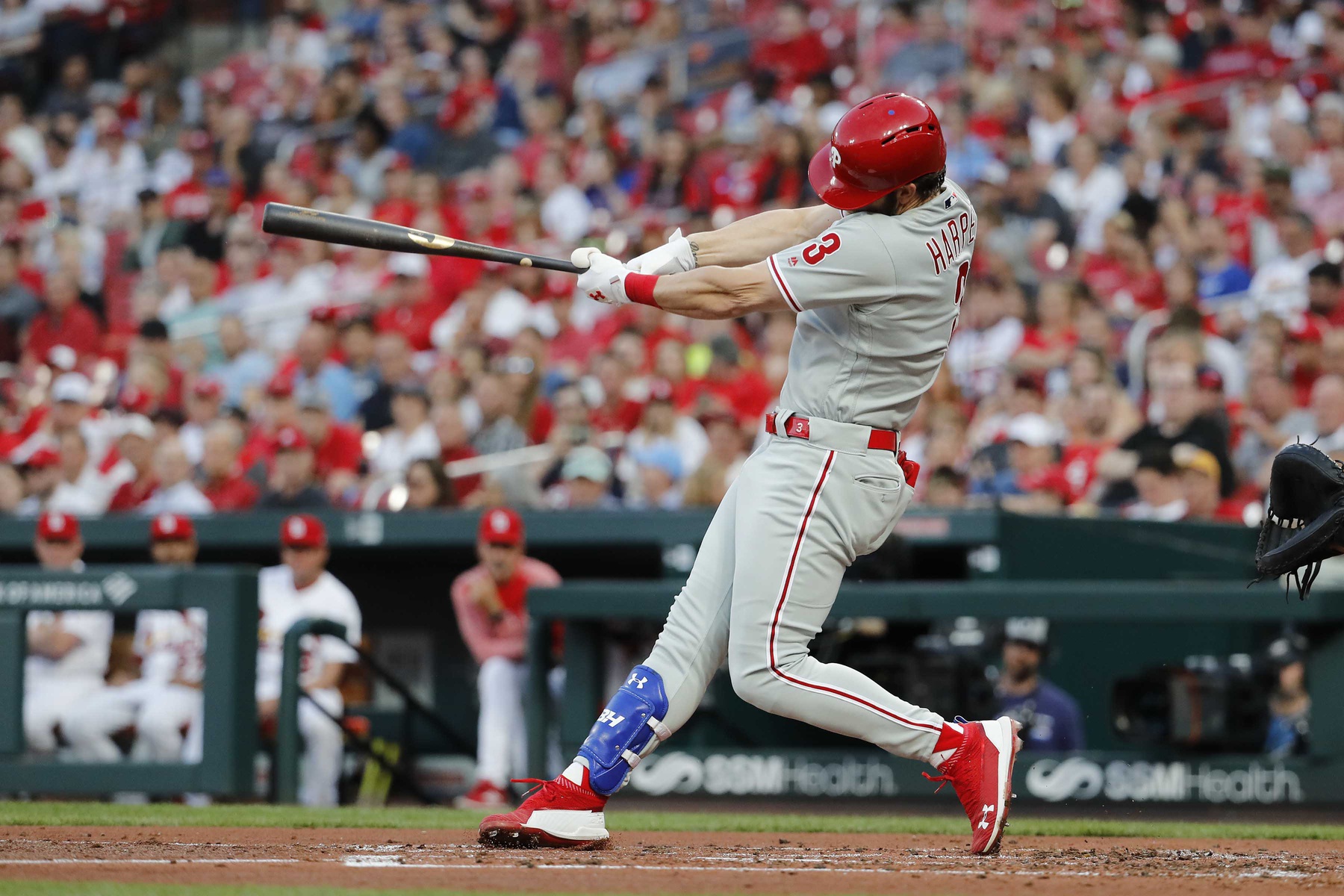 Philadelphia Phillies right fielder Bryce Harper has been going through a magnified slump lately. On Tuesday night in st. Louis, it seemed he was ready to try almost anything different to try breaking out of it. In his first plate appearance of the game in the first inning, Harper stepped into the batter’s box without his signature sleeves and with no batting gloves. He walked. For this second at-bat in the second inning, Harper had on batting gloves, and it paid off.

Harper drove a pitch from an erratic Dakota Hudson clear into the right-field stands for his first grand slam in a Phillies uniform. The slam was the highlight of a six-run inning that gave Phillies starter Aaron Nola some comfort on the mound.

Harper had a 2-for-3 night with a walk before being removed for Nick Williams late in the game when the result was pretty much decided. The Cardinals also pulled catcher Yadier Molina in the sixth inning to likely have him ready for an afternoon game in the series finale after the Phillies had a 6-0 lead.

Nola picked up his third win to go 3-0 on the season. It was certainly another encouraging outing by Nola as he continues to work his way back from a tough start to the season. Nola pitched six full innings before being removed in the seventh inning. He allowed just one run on a solo home run by Matt Wieters in the sixth. It was just one of three hits allowed by Nola. He walked just one batter, and that was a leadoff walk to Matt Carpenter in the bottom of the first inning on five pitches. Nola struck out seven batters in what was his best outing of the season so far.

The Phillies look for a rare series victory in St. Louis on Wednesday afternoon. Jered Eickhoff will take the mound for the Phillies and will be opposed by Jack Flaherty, who has racked up a good number of strikeouts this season but has been hurt by home runs.