Here we go again with the Noah Syndergaard rumors 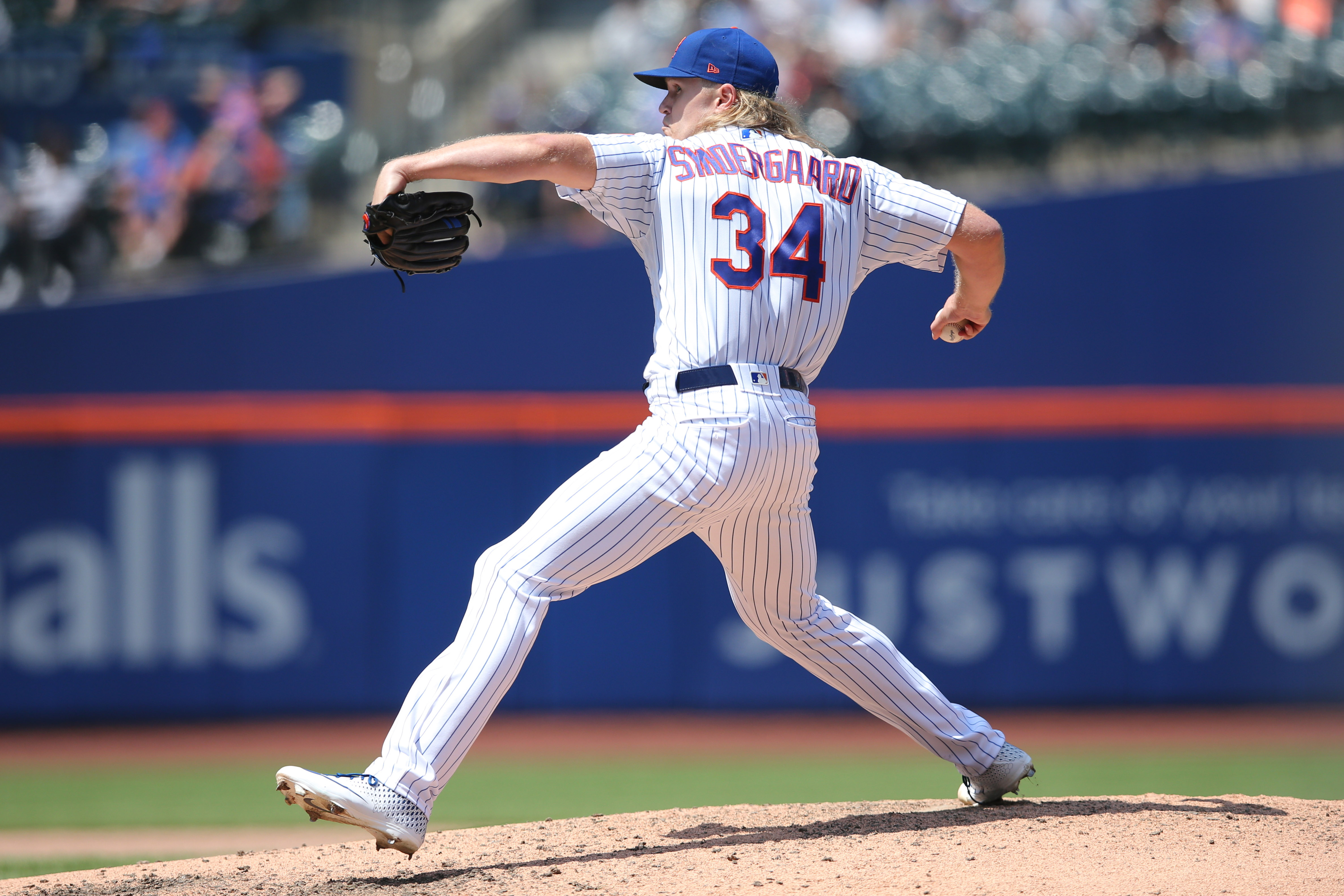 Here we go again with the Noah Syndergaard rumors

Noah Syndergaard is set to take the mound tonight for the New York Mets, who are free falling again. The Mets have been in a massive slump, dropping 15 of their last 22 games, and now the fan base is starting to panic. Even though there are a lot of games left, the rumor mill is starting to swirl around the Mets again, courtesy of SNY’s Andy Martino. Martino is reporting that the New York Yankees are expected to pursue starting pitching later this season, and that they are expected to check in with the Mets about Noah Syndergaard and Zack Wheeler if the Mets are selling.

This qualifies as the “well, duh” kind of news, but the local media will get itself lathered into a frenzy over the possibility over a Yankees-Mets trade. The rumor mill was flying a year ago about the possibility of the Mets shipping either Jacob deGrom or Syndergaard to the Yankees, but no deal ever came close to fruition. Even though Brodie Van Wagenen has hinted that he is more open to trading with the Yankees than his predecessor, Sandy Alderson, the odds of a fit appear less likely now than ever before.

The rationale behind a deal with the Mets and Yankees was to trade an ace now for a bunch of young players to help jump start a rebuild. The Yankees traded off some of their appealing pieces over the winter to land James Paxton, and the most logical fit for the Mets now is Clint Frazier, who the Yankees won’t trade given their outfield injuries. The Mets aren’t going to just hand the Yankees an ace for free, and as such the odds of a deal with Syndergaard remain slim to none.

Wheeler is a different situation because he will be a rental at the deadline, and that should cost less. The Mets have to be thrilled that Wheeler has started to pitch better, but he is a likely goner if the team is out of contention late in the year. The Yankees wouldn’t be the only team in on Wheeler, but the Mets have to hope that they start playing better so their fans don’t have to sit through months of rumors about selling off aces.