Tyler Krieger Continues Journey Around Diamond with Move to Third Base 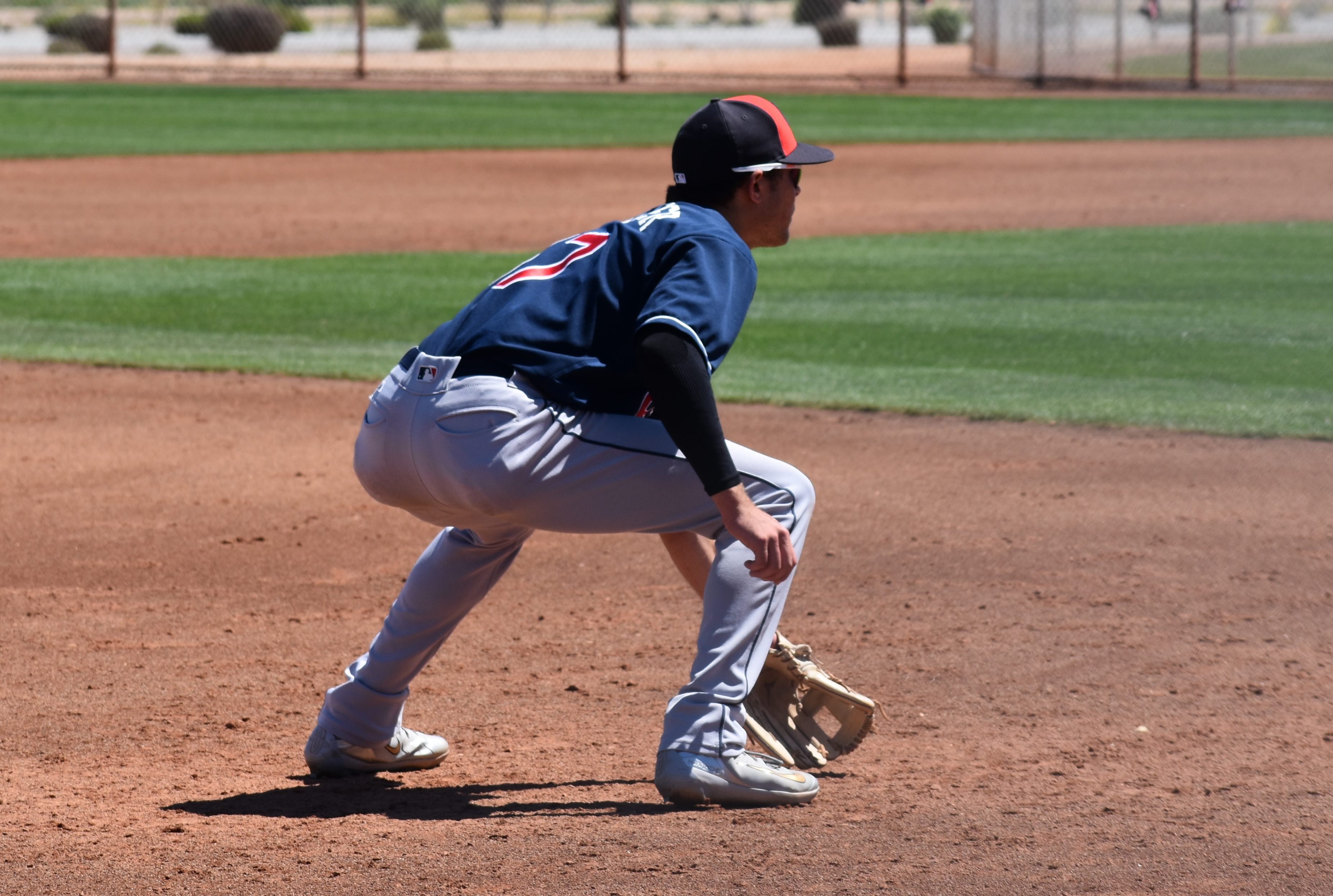 Tyler Krieger Continues Journey Around Diamond with Move to Third Base

After he was taken in the 4th round of the 2015 draft, Tyler Krieger immediately burst out of the gate. Skipping straight to A ball in Lake County in 2016, he blew the proverbial roof off the building and advanced to have about half a season worth of play in Lynchburg in his first season. College educated out of Clemson, it appeared Krieger was the heir apparent to Jason Kipnis and could be in the big leagues by 2019.

Since then, things haven’t been so pretty. He played all of his second season in Akron after starting off as the starting second baseman for team Israel in the World Baseball Classic and struggled greatly. He went to the Arizona Fall League after and was even worse offensively. For anyone, this would have been considered an extremely long year (starting in early February and running through November), but especially so for a second year minor leaguer.

TOKYO, JAPAN – MARCH 13: Infielder Xander Bogaerts #1 of the Netherlands is caught in a rundown by Infielder Tyler Krieger #22 of Israel in the top of the first inning during the World Baseball Classic Pool E Game Three between Netherlands and Israel at the Tokyo Dome on March 13, 2017 in Tokyo, Japan. (Photo by Matt Roberts/Getty Images)

Due to his struggles, he stayed in Akron in 2018, but now there was a problem. His draftmate Mark Mathias was now healthy and the starting second baseman. Sam Haggerty had third base locked down and Willi Castro (before being traded to Detroit for Leonys Martin) played short. This forced Krieger into the outfield where he played 54 games in left and 34 games in center. While I was unable to view this experiment to judge his range, he didn’t hurt the team defensively with errors, making just one all season for a .994 fielding percent. His bat also returned to near rookie form, although he was missing the hint of power he showed earlier.

While at the time it looked like the Indians may be pushing Krieger to be a full time outfielder, it now appears that it was simply a matter of convenience. So far this year, while still with Akron, Krieger has almost exclusively played third base, a position he had never played prior to 2019. He has played a few games in the outfield and second to keep him fresh at those positions, but it certainly appears his new home is at the hot corner.

This positional change does make sense for Krieger, more because of his offense than his defense. While he initially appeared on the MLB starter track, three years in Akron have greatly diminished his apparent ceiling. If he is to make it to the bigs at all now, the easiest route will be utility man and the best way to increase his value as a utility man is to have him play as many positions as possible. He is already a proficient second baseman and outfielder. Now he can add 3B to his repertoire.

Krieger stands at the plate for the Desert Dogs during the 2017 Arizona Fall League. – Joseph Coblitz, BurningRiverBaseball

The biggest positive for Krieger so far in 2019 is that his power may be returning, however, offense is up all over minor league baseball, so it’s possible that his three home runs, two doubles and triple are more a reaction to the changed ball than his own adjustments. Either way, his slugging percent is the highest its been since 2016 despite a dismally low average and OBP.

On May 3rd, Krieger was promoted to Columbus where he should get significant playing time as they are currently giving at bats to Ryan Flaherty, Eric Stamets, Brandon Barnes and Trayce Thompson, players who are unlikely to have any real future in Cleveland. A great month or so from Krieger could force the Indians hand in clearing out some of the AAAA placeholders currently filling out the Clippers’ lineup.

On the other side, continued struggles for Krieger could push him even further down the depth chart. Tyler Friis is already in AA alongside Krieger at second base and Nolan Jones is steadily creeping at third in Lynchburg. With sluggers Jodd Carter and Oscar Gonzalez also nearing Akron as corner outfielders and Mitch Longo and Conner Marabell already there, Krieger could find it hard to get playing time in the near future, let alone have time to think about his Major League chances.

This situation makes 2019 a pivotal season for Krieger. His stock has lowered over the last few seasons, but it isn’t at zero yet. It will be up to him to make himself as versatile and indispensable as possible before the clock runs out.