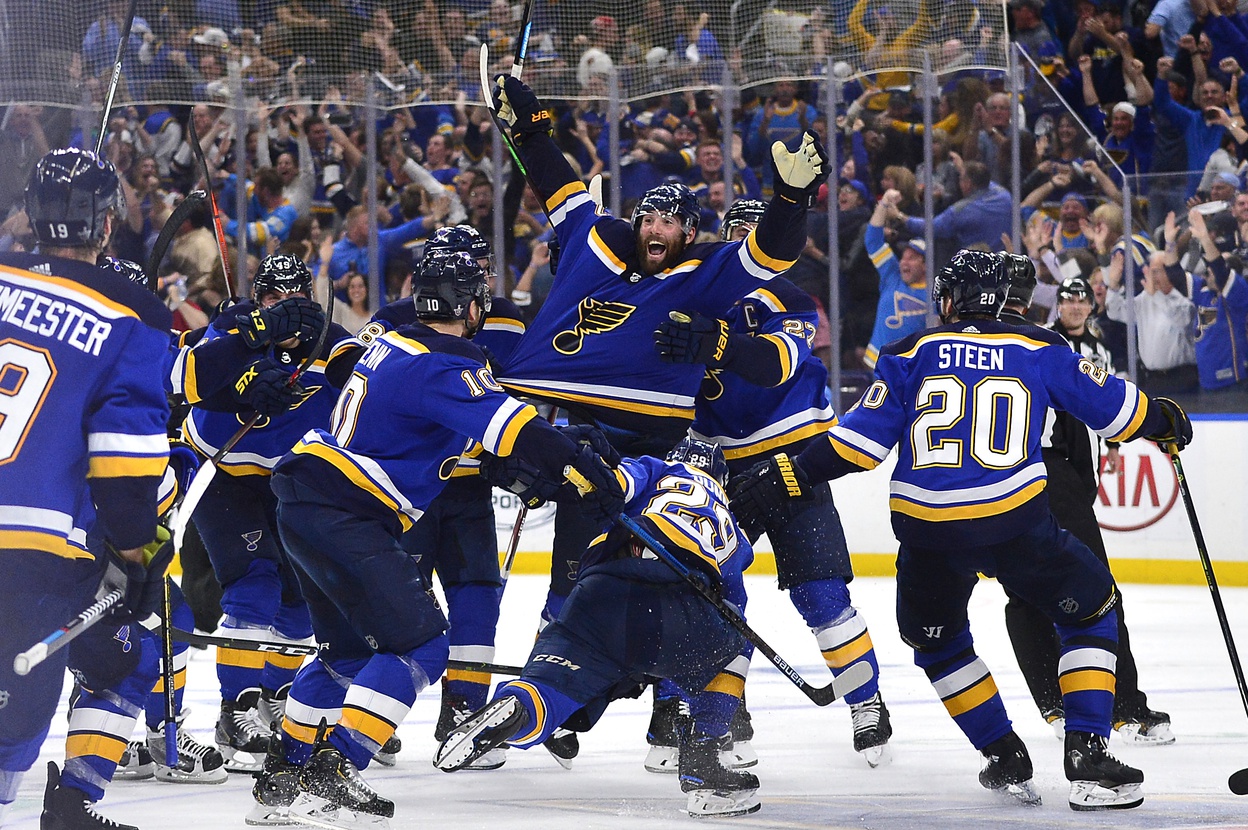 In case you haven’t been blaring “Gloria” all day (shame on you), the St. Louis Blues defeated the Dallas Stars in Game 7 to advance to the Western Conference Finals. Now sitting as one of four teams left to compete for the Stanley Cup, the Blues are within striking distance of their ultimate prize. They’ve been in that position before, even as recently as 2016, but this time feels different.

Game 7 was an affair that required two overtimes to settle. That final line masks what was an extremely lopsided game in which the Blues rattled off 54 total shots compared to 34 for the Stars. The second and third period featured a stretch where the Blues outshot the Stars by a 31 to 4 margin.

Summarized, the Blues were dominant for the vast majority of Game 7. They had chance after chance turned away by Stars goalie Ben Bishop. Meanwhile, Dallas struggled to generate any kind of consistent offense, but they did look threatening the few times they were able to escape their own zone. It felt like one of those games where the Blues’ missed chances would come back to haunt them. A nightmare scenario where the Blues had shot after shot only to be beaten on the Stars’ one and only chance felt like a likely outcome.

Does that kind of story feel familiar? It should. How often have you seen the Blues overwhelm their opponent, struggle to score and then get burned by one of the few chances generated by the other team? Those kind of losses are almost a Blues trademark.

Well, were a Blues trademark.

The Blues have done a lot to shed some of their old stereotypes this season. They’ve proven to be a resilient group that can come back in even the darkest of scenarios. Remember Stars fans gloating when they went up three games to two? Remember when every Blues fan who isn’t a liar wrote this team off countless times? Remember when they were dead-last at the beginning of January?

These current Blues appear to have a mental fortitude that hasn’t been seen in St. Louis in quite some time. Or maybe ever. A huge amount of credit goes to head coach Craig Berube for turning what looked like a broken and dysfunctional group under Mike Yeo into a tight-knit group that continues to defy expectations.

How does the current Blues roster compare to the one in 2016 that also reached the Western Conference Finals? In terms of total talent, that’s difficult to gauge. Fans would likely side with Jordan Binnington over 2016’s Brian Elliott, but that may be a bit of an unfair comparison as many will only remember the final outcome where Elliott and Jake Allen fell to the San Jose Sharks four games to two in the Western Final. The rest of the current roster feels a bit more complete in terms of depth thanks to the talent found in Robert Thomas and the success found on the Blues’ third and fourth lines.

The 2016 team couldn’t keep up with the Sharks and missed a glorious opportunity to play for the Cup. Skip ahead a few years later and the Blues once again have the rare opportunity to be among the last teams still standing.

Will this opportunity end up differently? It will if current trends hold.