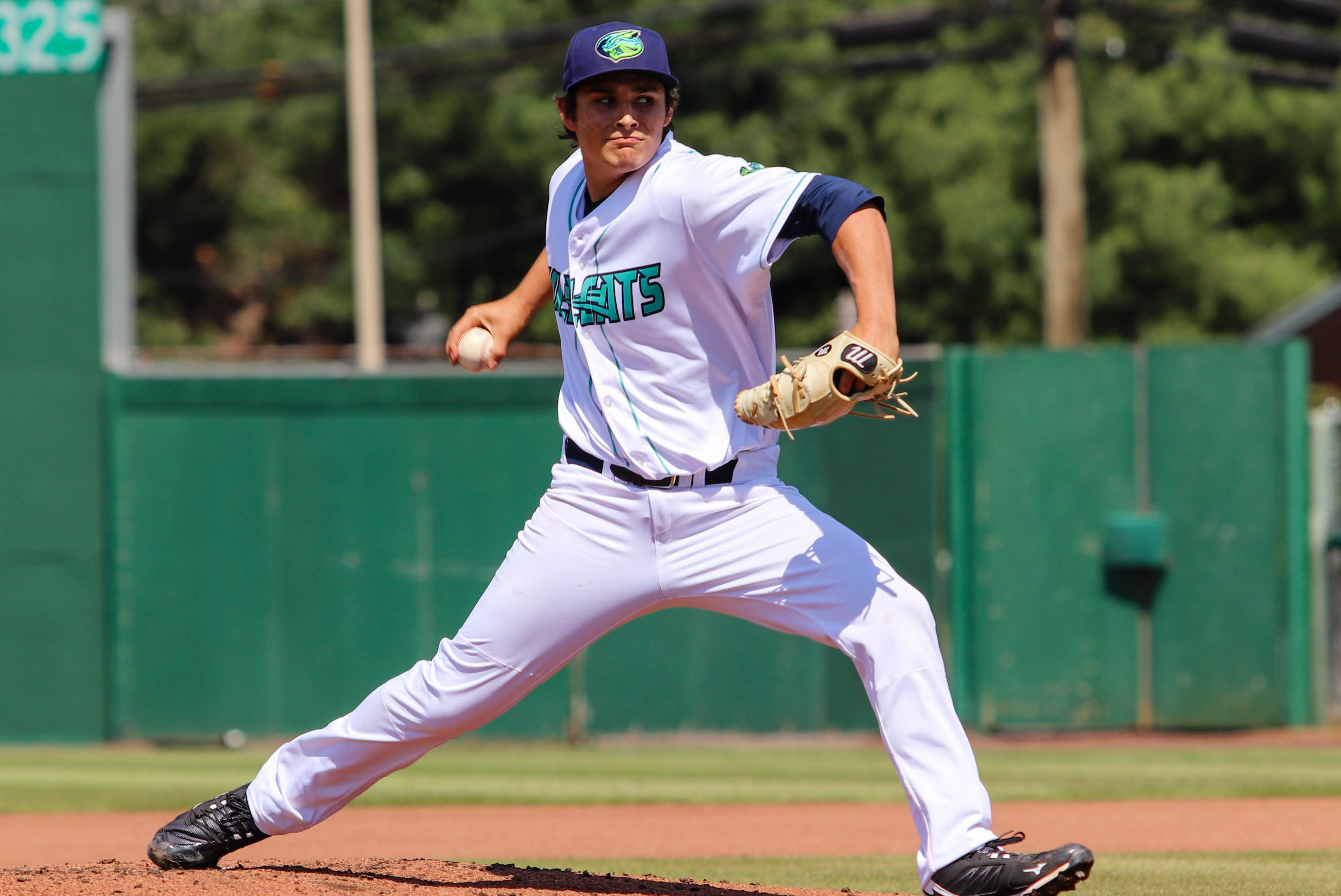 There comes a point in a prospect’s life when they can no longer be ignored. This isn’t the case for the first rounders and those who are knighted as future Hall of Famers as soon as they appear in the system, but the vast majority of minor leaguers don’t fit into that camp. Instead, the hundreds of other guys need to make a name their own way.

Essentially, the best way to push yourself to the forefront is to have multiple consistent seasons, although this still isn’t enough for many. What Eli Morgan has done is pitch better than anyone else at his level for three straight years. Not only has he been better than his teammates, but he has pushed near perfection with a 1.03 ERA his first year in Mahoning Valley, 1.83 ERA his second season in Lake County and a 1.87 ERA so far this year in Lynchburg.

An 8th round pick by the Cleveland Indians in the 2017 MLB Draft out of Gonzaga, Morgan can no longer be ignored with many of the other mid-draft picks over the years. He’s already adorned with minor league accolades including being named pitcher of the week four times in 2018 and a Cleveland minor league organizational All-Star.

Since his arrival on May 16, 2018, he has anchored HillCats in the starting rotation going 10-8 with a 3.87 ERA and 140 strikeouts in 25 starts. In 2019 alone, he was been even better going 3-1 with that 1.87 ERA and 40 strikeouts in 6 starts. By April 6th, he was leading all Carolina League pitchers in strikeouts and WHIP (0.71) while sitting third in innings pitched and fifth in ERA. Incredibly, he walked just five batters, fewer than all but one other Carolina League pitcher with at least 24 strike outs. Of his seven runs allowed, the first four came by the long ball with two solo shots and one two run homer.

Burning River Baseball’s Russell Bennett was able to attend Morgan’s April 28th start against Wilmington where he put together this scouting report:

His fastball sits around 88-91 MPH with his off speed at 75-77 MPH. Went full count to the first four batters and five batters overall. Batters were off balance out in front of the off speed and late on the fast ball. The third inning was his only blemish giving up two hits, a bloop and a blast. After that, he was in cruise control the rest of the game retiring the next seven batters before being replaced in the 6th with a 94 pitch count. He finished the game 5IP 2H 2ER HR 9K 0BB.

On May 6th, Morgan was promoted to AA Akron where, as a third year player and just 22 years old, he will be both one of the youngest players and most recently acquired players on the team. While this move was somewhat based on organizational need as the long term injuries to Corey Kluber and Mike Clevinger have pushed Jefry Rodriguez and Cody Anderson to the big leagues, it couldn’t have been more well deserved.

If you include his college career, Morgan has not only always been successful, but has been steadily increasing his innings totals. Since pitching just over 45 innings in 2015, he has increased to 111, 136, 143, and now 33 through six starts, a pace for 165 if he gets 30 starts. This is a perfect projection as he gets nearer to the big leagues to prepare him for 200 innings without risking injury.

It wouldn’t be complete to talk about Morgan and not mention any problems. The name that always comes up when you discuss a pitcher who never walks anyone, pitches in the low 90’s and gives up a lot of home runs is Josh Tomlin. This isn’t an insult as Tomlin has had a long and sometimes successful (2014 through 2016 mostly) career, but it is a worry about how valuable he will be in the Major Leagues. There are huge leaps between minor league levels and the leap between high A and AA has generally been considered the greatest.

Many top prospects spend little if any time in AAA, with most teams using the league more like an NFL practice squad to house injury replacements than a true developmental league for internal prospects. This means Morgan will face the best that the minors have to offer for the rest of the year. This will be a true test of his ability and the effectiveness of his repertoire. In fact, despite being just his third season in the organization, it may be his final test.

Morgan could stay in AA for a month, the rest of the year or the next three years. At this point, he only has to do two things to advance; continue to increase his innings and dominate anywhere near the level he has in his first three seasons. As soon as he does that, he will be bound for Columbus and beyond. Just as he forced his way from Lake County to Lynchburg last year and Lynchburg to Akron, Morgan could most certainly force his way into the Indians starting rotation or bullpen by late 2020 just by pitching exactly the way he has up to this point.