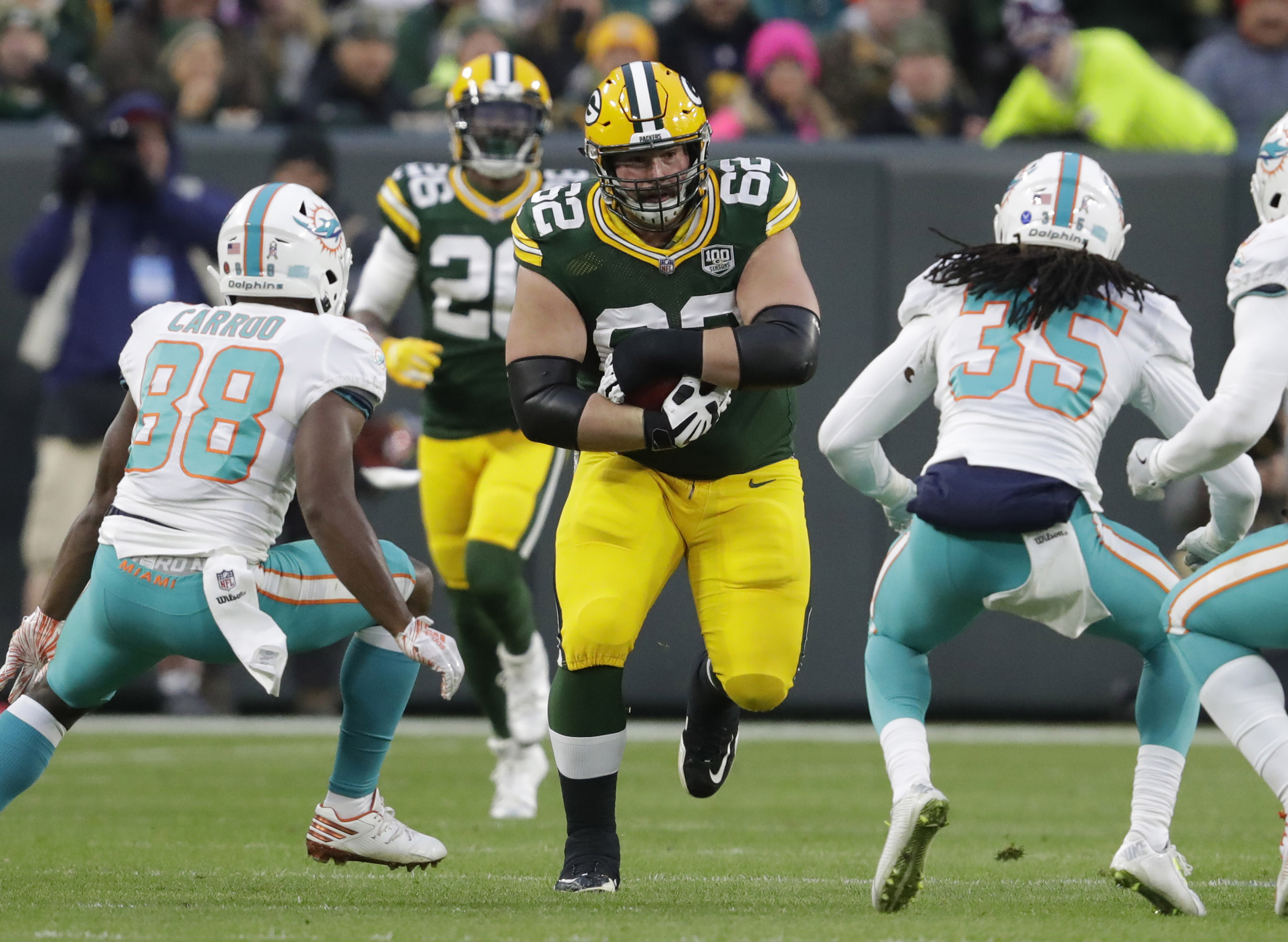 Free agency and the draft are over, and the Green Bay Packers have taken major steps to improve their talent and depth this offseason. GM Brian Gutekunst has added players to fit new coach Matt LaFleur’s system. His overall philosophy was to make the team more athletic and to add players who were versatile and had the ability to help at more than one position.

While the team has clearly made improvements in many areas, there are still units that have question marks and concerns heading into 2019. Keep in mind, things can and will change between now and the start of the season due to injuries, improvements in players’ performances and other factors.

The Packers have a bona fide number one receive in Davante Adams and an experienced second option in Geronimo Allison. Allison played in only five games last season due to an assortment of injuries. He showed potential but needs to prove he can be a starter over the course of an entire season.

Then there are a lot of question marks. The Pack has talent here, with Jake Kumerow, J’Mon Moore, Marquez Valdes-Scantling and Equanimeous St. Brown available, but none of them has established themselves as reliable second or third options at wide receiver.

The Packers are hoping that one or more of these second-year players takes a big leap forward this season. If not, the Pack could be lacking viable targets for quarterback Aaron Rodgers.

Remember, Rodgers was at his best in 2011 when he had a receiving corps that included Donald Driver, Greg Jennings, James Jones, Jordy Nelson, Jermichael Finley and Randall Cobb.

LaFleur’s system schemes receivers open so the offense will rely less on wideouts winnings one-on-one matchups, but Rodgers needs to be comfortable with his receiving corps to make the offense run at maximum efficiency, especially on third down.

The Packers have struggled on special teams in recent seasons and it cost them several chances to win games in 2018. With special teams coordinator Ron Zook gone and Shawn Mennenga taking over, this unit needs to improve in 2019.

While many of the players selected in this year’s draft won’t start, their speed and athleticism make them ideal candidates on special teams. The Pack needs to get better coverage on punt and kickoff returns and needs to improve their blocking when they return the ball.

Trevor Davis is the closest thing the Packers have to an incumbent return specialist, but he will face competition from several newcomers.

This unit needs to improve from top to bottom for the Packers to return to playoff contention in 2019.

Despite some rumors to the contrary, the Packers did not draft a quarterback early in the draft. In fact, they didn’t draft one at all. Aaron Rodgers is the unquestioned starter when healthy, but he missed nine games in 2017 and played hurt all season last year.

The returning backups are DeShone Kizer and second-year man Tim Boyle. Kizer started 15 games as a rookie with the Browns but was wildly inconsistent. He only saw extensive action in two games with the Packers last year but didn’t show he was ready to take over should Rodgers go down.

Boyle has a strong arm and had a good preseason in 2018 but has yet to see regular season action in an NFL game.

If Rodgers goes down for any length of time, the Packers cannot feel comfortable with their backup options unless one of these three candidates takes a big step forward during camp.

Green Bay’s secondary has plenty of talent on paper, but depth is a question especially at cornerback. Jaire Alexander and Kevin King should be the starters with veteran Tramon Williams set to start in the slot.

But King has struggled with injuries throughout his brief NFL career and Williams is 36-years old.

The Pack added Ka’Dar Hollman in the sixth round of this year’s draft and have Josh Jackson and Tony Brown leading a group of inexperienced returnees.

If any of the three starters go down with injuries, the Packers will need one or more unproven players to step up and play consistently or their secondary could easily be overmatched on the outside.

The Packers added Billy Turner in free agency and drafted Elgton Jenkins on day two of the draft. Still, there are questions along the offensive line.

David Bahktiari is a Pro Bowl talent at left tackle and center Corey Linsley has been steady but then the questions begin. Can incumbent right tackle Bryan Bulaga stay healthy? Can left guard Lane Taylor bounce back after a subpar season in 2018? Who starts at right guard? Jenkins and Turner are the top two candidates entering camp.

Backup linemen Jason Spriggs and Justin McCray have struggled when called upon to start for extended periods. Lucas Patrick showed some ability at guard but has yet to prove he is ready to start. Cole Madison, a 2018 draft pick who sat out the entire season for personal reasons, could compete to start at guard or provide inside depth, but he is also unproven and the effect of a year out of football is unknown.

None of these positions are disaster areas on paper and some or all of them could be solved by players performing well in training camp and during the preseason. But as of now, these are the Packers biggest areas of concern as they enter OTAs.