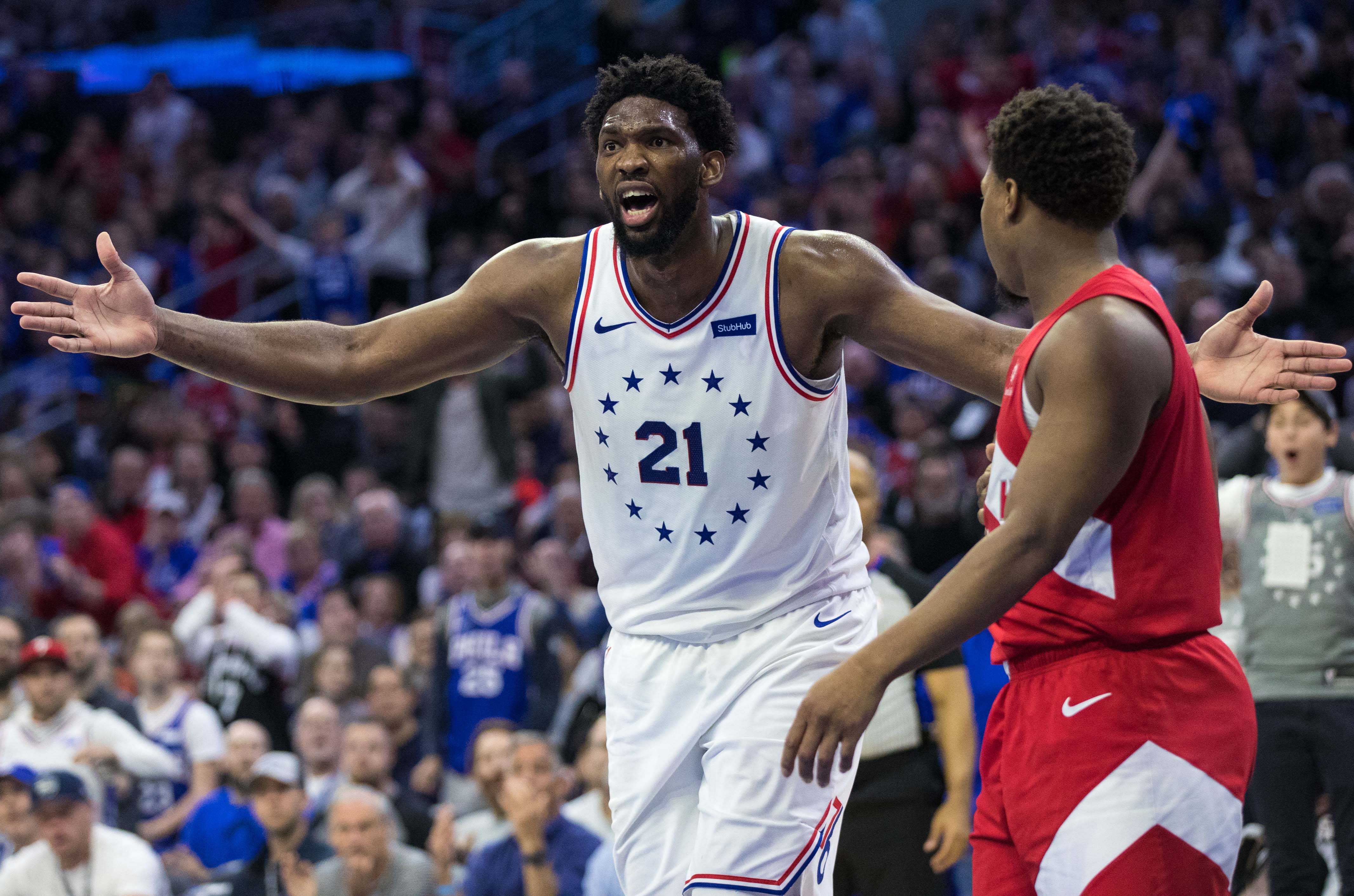 Drake continues to insert him into playoff basketball games, for some reason, and this series with the Sixers has been no different.

Sure, Drake is the Raptors official global ambassador — whatever that means — but it’s bizarre that he makes himself a part of the game. He was seen taunting Joel Embiid with an airplane gesture in Game 5 on Tuesday night, as you can see below.

Drake and Raptors fans troll Embiid as he checked out in the 4th 😅 pic.twitter.com/E7kIEV4Wi4

Embiid was asked about it after the game, and apparently, he had had some words with Drake as he made his way off the court at Scotiabank Arena after the blowout loss.

We wouldn’t be surprised if there’s a Game 7, and we’re hoping that’s the case, just to see more Drake-Embiid interactions.