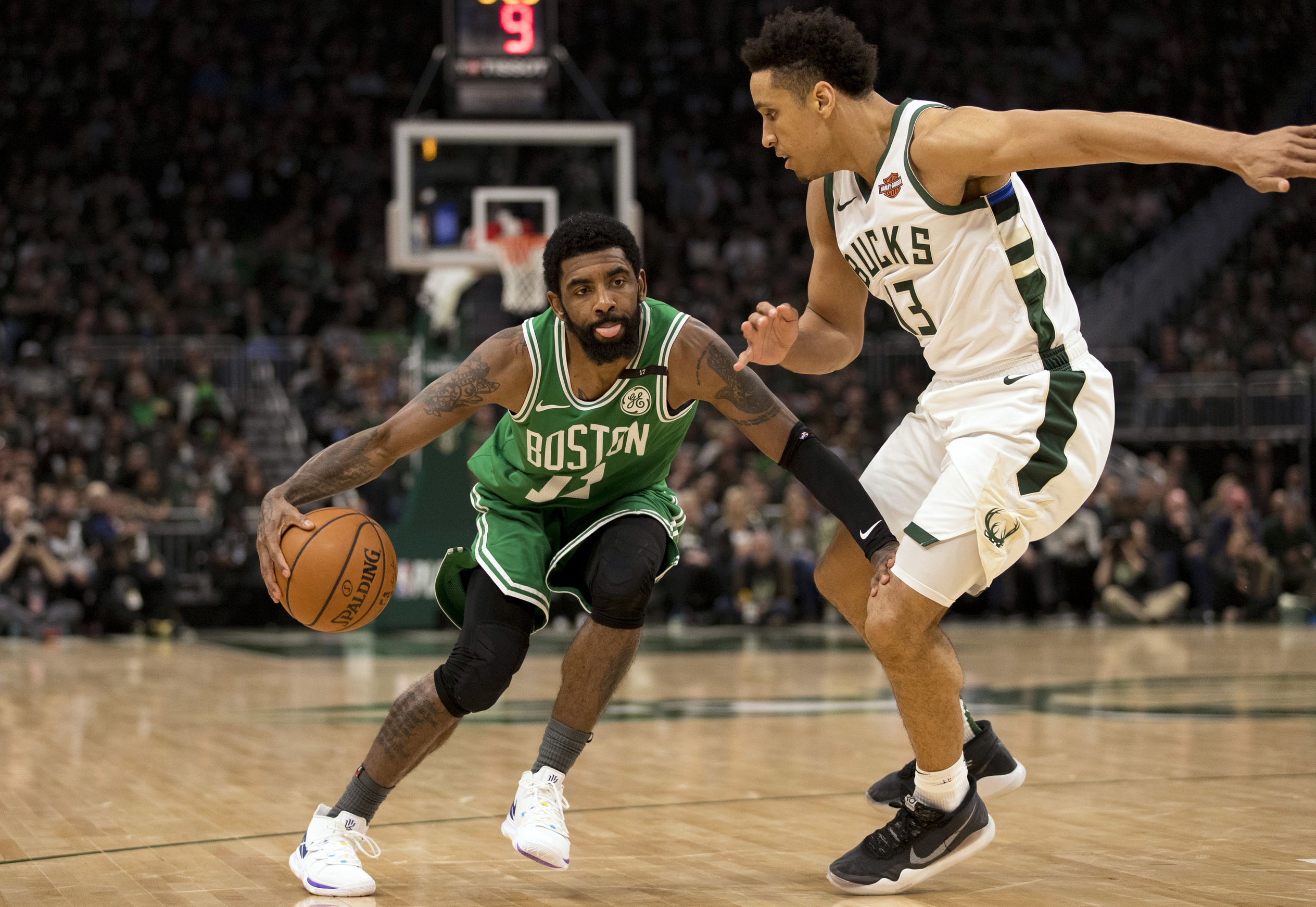 Well, that sucked. This whole season has, really; but tonight in particular they looked like a team that was just assembled in the parking lot outside the arena and decided “well, shit, we don’t have a chance so let’s just throw up a million 3’s”. It didn’t go well. They ended 7/39 from deep (17.9%) and shot just over 30% from the field over the course of the night.

Really, all of this was just the byproduct of a regular season that never saw the Celtics fully mesh for whatever reason, and tonight their flagrant lack of team-chemistry was on full display. Hero ball. Ugly turnovers caused by miscommunication. Screwing up defensive assignments. Truthfully, this was unlike any Celtics team I’ve ever seen- that’s no exaggeration, and I know a lot of people feel the same.

This year’s Celtics didn’t have the same hallmarks of toughness and good habits like previous seasons.

Brad Stevens: "That’s probably the part that eats at me the most. I’ve been a coach for 12 years and we let go of the rope and cracked more than we probably should have."

They just never showed any kind of grit or gave the city any reason to believe in them, and even the less talented teams in the past provided more joy and better entertainment. But we’re not here for a post-mortem on the season- there’ll be plenty of those in the days and weeks to come- we’re here to recap the ugliest Celtics game of the season.

Irving looked despondent and finished with the worst +/- (-25) and FG% (28.6) on the team. Hayward was once again doing his best impression of the Invisible Man (7 points, 2 rebounds, 2 assists in over 20 minutes). The Marcus’ (and maybe Al?) were the only players that brought their A game on both ends of the court from start to finish (more on that in the WHAT WENT RIGHT). It got so bad that the Bucks once grabbed FIVE (5!) offensive rebounds on one possession. This game was legitimately hard to watch for any Celtics fan as the Bucks straight up embarrassed them from tip to buzzer and managed to end this second round series in just 5 games. Final Score: 116-91.

I’m tempted to list nothing in this area, and LordSmarf knows they’d deserve it, but I know a lot of us are grasping for something positive at the moment, so I did my best to pick out some good stuff:

Did it feel good, reading that? I hope so. Cuz that’s all I got, and now it’s about to get ugly…

There are way too many, but a few key moments in the game:

I could go on, but we’d be here all night, and I honestly think we’d all be better off if we just forgot about this game all together and never spoke of it again. The point is that the Celtics shot AWFUL and the Bucks feasted. Sure, they were facing the #1 ranked defense in the NBA (not to mention the overall #1 seed), but that doesn’t excuse the countless open 3’s or gimme layups they continued to miss tonight DESPITE THE REPEATED NEED TO FOCUS HERE FOLLOWING A PISS-POOR PERFORMANCE IN THESE AREAS IN THE 3 GAMES PRIOR. See? This is why I’m not going to continue picking apart what went wrong and getting worked up- it’s the same old, same old. For more on what went wrong tonight, check Game 4, Game 3, and Game 2.

This game had a million of ’em, so I figured I had a duty of sharing at LEAST two “WHAT THE HELL” moments.

They narrowly escaped the stat line pictured above, but just look at this “core”, man.

2. Also, lol. (laughing through the tears)

Giannis went 1/3 and is a +17. Holy shit lol is my advanced analysis of that.

We just got embarrassed in 5 games IN THE SECOND ROUND. It doesn’t matter that the Bucks are a good team – the Celtics are too damn talented to go out like that. We don’t deserve no damn highlights. There weren’t any. Instead, I’ll leave you with some of the quotes from the team following the game:

Brad Stevens tough on himself as season ends:

"I’ll be the first to say that, as far as any other year that I’ve been a head coach, it’s certainly been the most trying. I think I did a bad job. … As a coach, if your team doesn’t find its best fit together that’s on you."

Al Horford on his future:

“It’s something that I haven’t even stopped to think about. … I’ve enjoyed being here in Boston. Just have to wait and see what we’re going to do as a team. And it’s steps that management is going to do moving forward, and continue to get better."

Safe to say Terry Rozier is ready to get out of Boston. When asked about the #Celtics having the right to match any offer to him this summer, he said: "No comment."

Marcus, too, but it doesn’t sound like it’s his choice:

Marcus Morris on his free agent future: "Obviously I love being here in Boston. I've enjoyed it a lot and hopefully I stay here. It's a great organization, nothing but great for me being able to play on that stage. I've enjoyed my time." #Celtics

Annnnnd then there’s Kyrie. So it begins:

Kyrie at tail end of multi-part question that ended with “Is Boston in consideration for you this offseason”:

"For me, it’s just moving on to the next thing and seeing where that ends up."

Stay tuned for a post-mortem and all your offseason news.