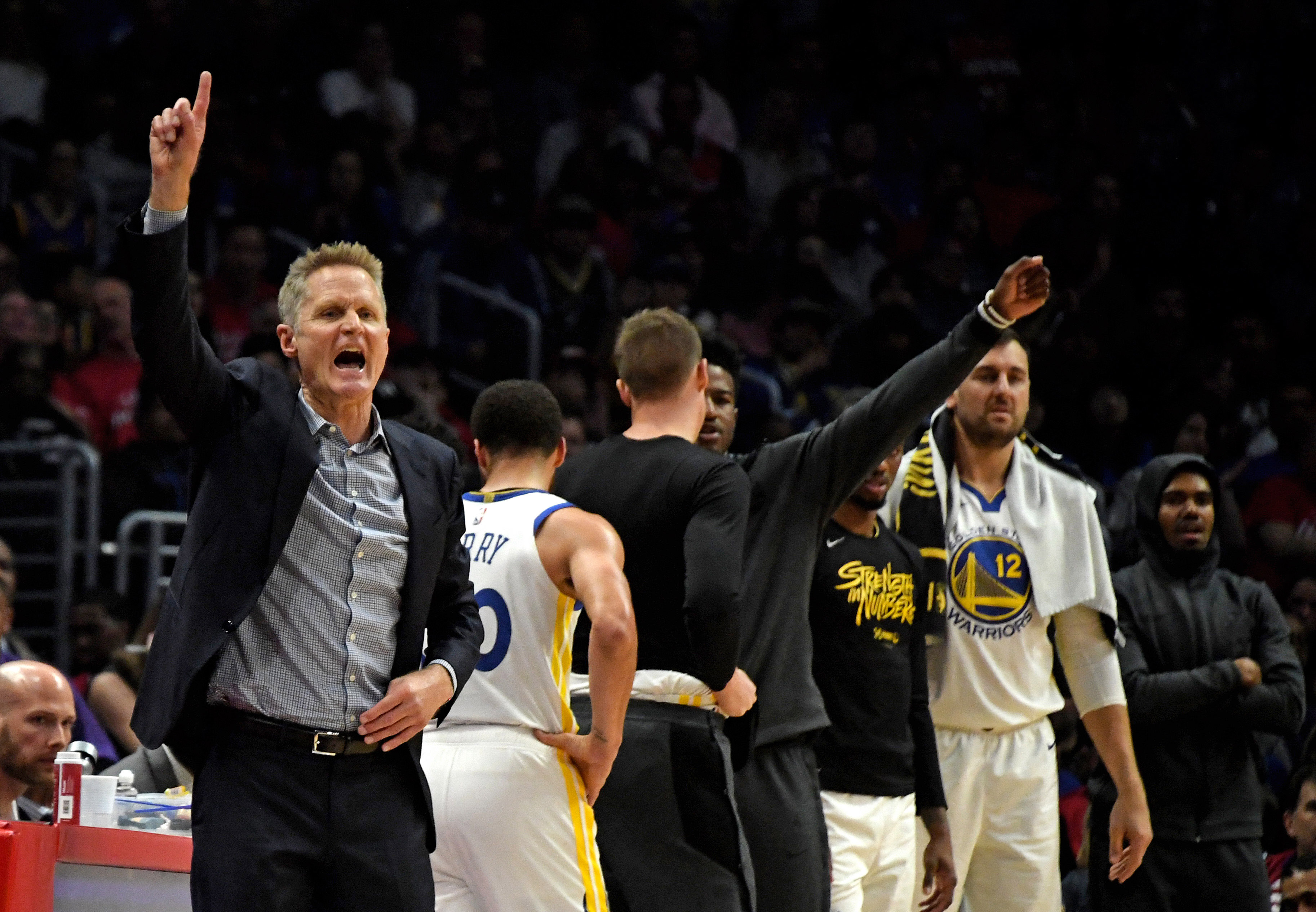 There’s talk about the Warriors being split up next season — with Kevin Durant and Klay Thompson set to hit free agency — but head coach Steve Kerr seems to believe at least one of those players will stay.

The Warriors are set to move across the bridge to San Francisco next season, where they’ll play in the brand-new, state-of-the-art Chase Center. Still, though, there’s a lot of talk about Durant wanting his own team, where he can be the star, whether that’s in Brooklyn, New York City or Los Angeles (Clippers).

Thompson will become a free agent on July 1 as well, unless the Warriors offer him a new deal. He’d be eligible to get a max contract, but that might be a difficult sell, given what Stephen Curry already makes. As such, there’s been talk about the Lakers or Clippers swooping in and paying Thompson the big bucks, especially since he grew up in the LA area. Kerr doesn’t believe he’ll leave, though.

“I know that everybody — coaches, management, ownership — everybody wants Klay back,” Kerr said, via ESPN’s Nick Friedell. “I think the feeling is just, Klay wants to be here, we want Klay.”

That seems to be more of Kerr trying to prevent Thompson’s impending free agency from being a distraction during their playoff run, rather than him being certain Klay won’t leave.