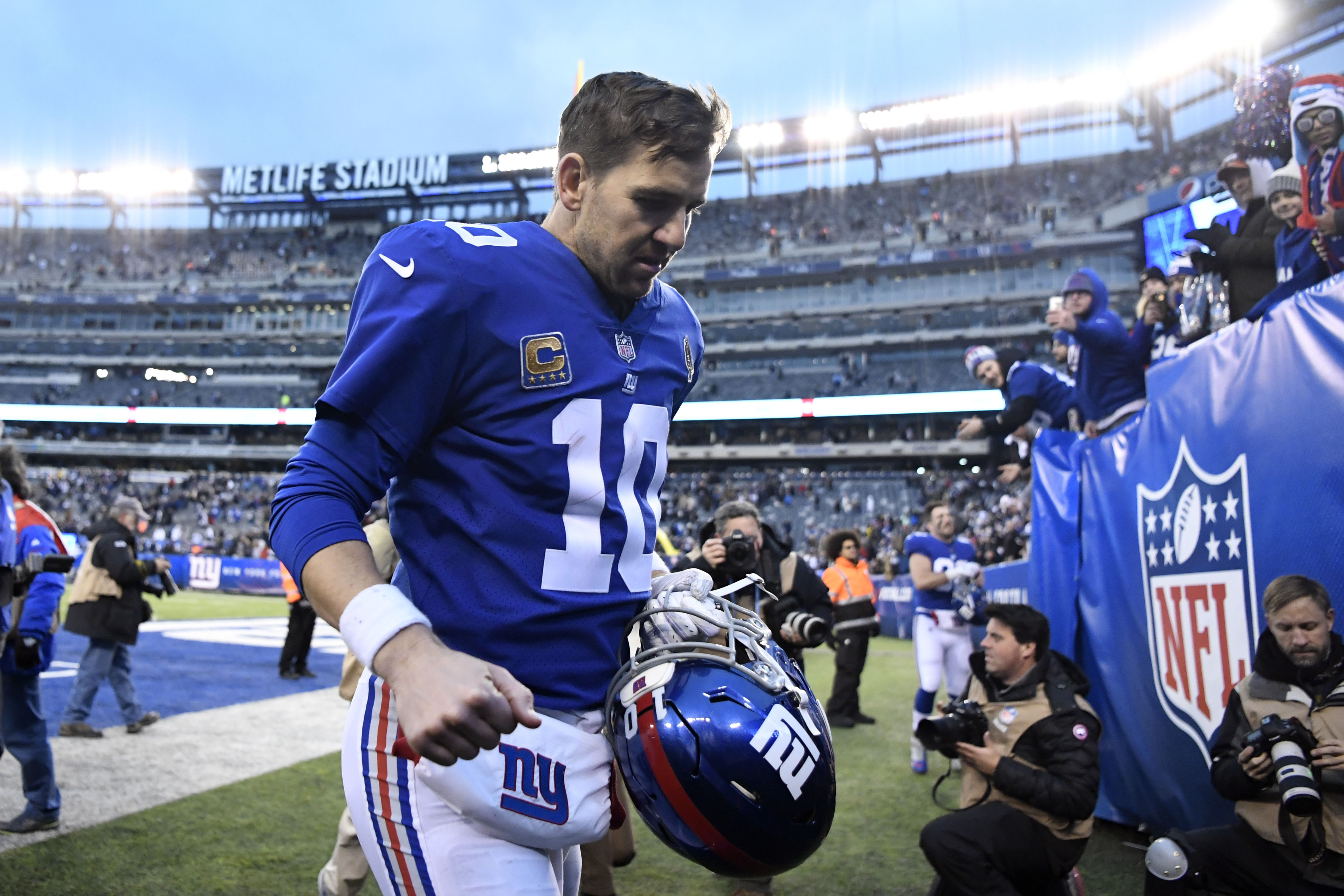 The Giants are currently rebuilding, and it’s safe to say they’re not ready to win this season, especially with 38-year-old Eli Manning under center.

Manning, to his credit, won two Super Bowls in the past, but it’s no secret that he’s been on the decline over the past few seasons. His arm strength isn’t what it used to be, and, let’s be honest: He’s never been the most accurate quarterback, nor was he ever mobile. But he’s a gamer, and a great leader who gets the most out of his teammates.

That’s why even with the team in need of a spark, and having drafted Duke product Daniel Jones with the sixth overall pick, Manning’s teammates are still standing behind him.

“Nah, you don’t say anything,” said Giants safety Michael Thomas, via ESPN’s Jordan Raanan. “He doesn’t say anything. He comes into work every single day,” Giants safety and captain Michael Thomas said this week of how Manning is handling the arguably uncomfortable situation. So, nah, Daniel Jones is one of our teammates now. If he can help us win, he’ll help us win like every other draft pick.”

And he wasn’t the only one to back Manning:

“It’s a little shock [drafting a quarterback at No. 6], but the Giants at the end of the day are going to make the decision that they believe is going to put them in the best position moving forward in the future,” added tight end Scott Simonson. “I still have all the faith in Eli. And this is Eli’s team. But it’s a business.”

It’s great to see Manning still has the respect and support of his teammates.