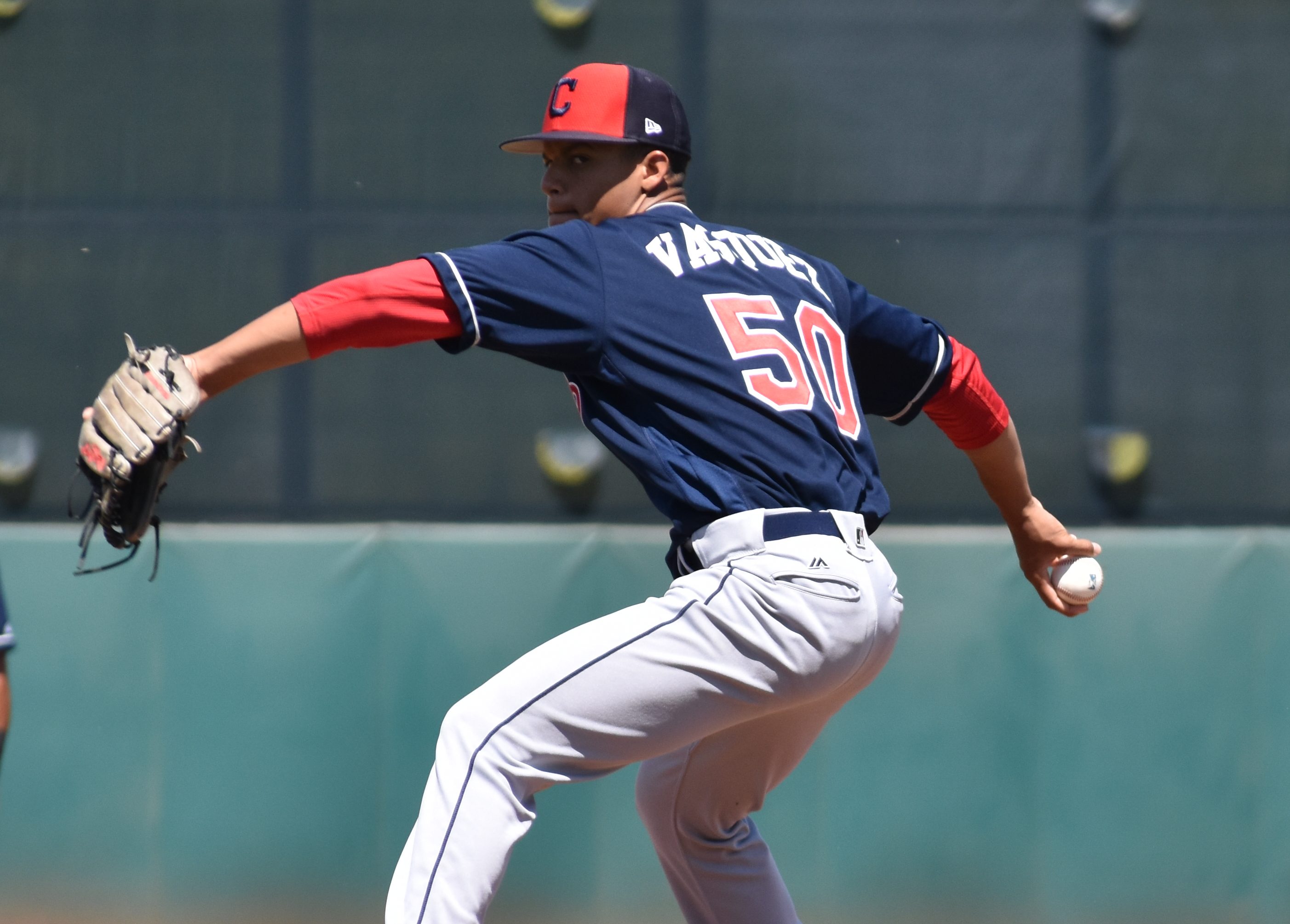 Jonathan Engelmann started the fourth week of extended spring off the same way he ended week three on Wednesday, with a two hit game and a steal. Rehabbing from a hand injury, Engelmann has been playing first base instead of his normal right field and has simply been on fire in these two games. This one included an impressive double to the wall in center in addition to the ground ball single.

A surprising offensive performer in this game was Yainer Diaz, who hit a home run out to left for just his second hit in the four games I have seen him play this extended spring. In official games, Diaz has had just three home runs in his first 326 plate appearances.

On the mound, Samuel Vazquez continues to impress. On Friday, he struck out all three batters faced in the first, then had two fly outs and another K in a perfect second. James Hoyt followed with a quick three outs in the next inning while on rehab assignment.

I have largely ignored one of the bigger (literally) players currently rehabbing in extended spring as most are already very familiar with Nellie Rodriguez, but on Saturday he had a performance that couldn’t be overlooked. After walking three times the previous time I saw him, Rodriguez took the Dodgers on trips all over the ballpark including a booming double and a solo home run. In a game that saw extremely limited offense by both sides, Rodriguez was responsible for nearly all the scoring.

There were a couple surprising defensive stand outs that also need named. Sicnarf Loopstok continued on his journey to become a third baseman and made a couple strong plays on Saturday including starting a double play. Makesiondon Kelkboom is another who has struggled some defensively over the last year, but made a brilliant barehanded play running in on the grass at second to steal a hit from LA.

Some of the 2018 Arizona League pitchers had a stand out game as well, particularly Jhonneyver Gutierrez, who started the game and blew threw the first inning that he had to retire two extra batters before heading back to the dugout. A pair of lefty relievers finished the game off strong as Kellen Rholl and Tim Herrin pitched two scoreless, hitless innings with two walks and two strike outs (all four belonging to Herrin).

The Indians rosters had a bit of a shake up after Sunday when many of the players bound for the Dominican Summer League took off for their regular season. Left behind were those destined for the Mahoning Valley Scrappers and the pair of Arizona League teams as well as those still rehabbing.

Loopstok fields a ball at third base during a 2019 extended spring training game. – Joseph Coblitz, BurningRiverBaseball

On Monday, one of the biggest names in Goodyear on rehab assignment had a great start, one that will likely propel him back to the upper minors. Aaron Civale went five innings and threw 73 pitches (67% strikes), striking out seven with just three hits, no walks and no runs allowed. He has certainly gained anything he was going to from extended spring.

Liam Jenkins followed Civale in relief and threw a surprising 52 pitches. He struck out four in three innings while allowing one run on three hits and a walk. Normally used in short relief, this could be a sign that the Indians are trying to stretch out Jenkins for a starting role.

Offensively, Engelmann continued his return with another double and a walk, Raynel Delgado added two hits while splitting time between second and short while Ronny Dominguez hit a solid home run to right center. This was just the second time Dominguez has reached base in the five games I have seen him play.

Engelmann breaks out of the box on a hit against Cincinnati during 2019 extended spring training. – Joseph Coblitz, BurningRiverBaseball

Gutierrez made a second start this week on Tuesday, although this time it was with a different squad. He went another inning with a strike out and two walks, but didn’t allow a hit or run. In fact, the entire pitching staff was fantastic in this game, allowing just one run on two hits with 11 strike outs and three walks.

Of particular note was Wilton Sanchez, who normally is used one inning at a time, but was stretched to three innings. He struck out four while walking one and did not allow a hit or run. Dominic DeMasi pitched a perfect ninth on ten pitches, although he didn’t strike out a batter. It was the first time that I was able to see DeMasi this year as he rehabs after starting the season on the DL for Columbus.

Offensively, the Indians were held nearly as far down as the Brewers, although they did six hits to go with their run. Engelmann continued his rehab assignment with a walk and a double and Jonathan Lopez, Cristopher Cespedes, Kelkboom and Carlos Ventura all joined him with two baggers.

Matt Turner pitches during a start against the Reds in 2019 extended spring training. – Joseph Coblitz, BurningRiverBaseball

Team Red came back out on Wednesday with Matt Turner leading the way. The Indians left handed starter turned reliever turned starter turned reliever is back to starting and faced the minimum over four innings. The feat took him just 30 pitches (86% strikes) as he allowed just one hit (and survived one error), picking off one runner and getting a double play for the other. Turner struck out four and walked none.

Since it has been the theme this week, I must note that Engelmann had a sacrifice fly, but the offensive performers of the game were Korey Holland and Jose Tena. Holland doubled and walked while Tena had a single and a walk in addition to stealing two bases and scoring on a wild pitch.