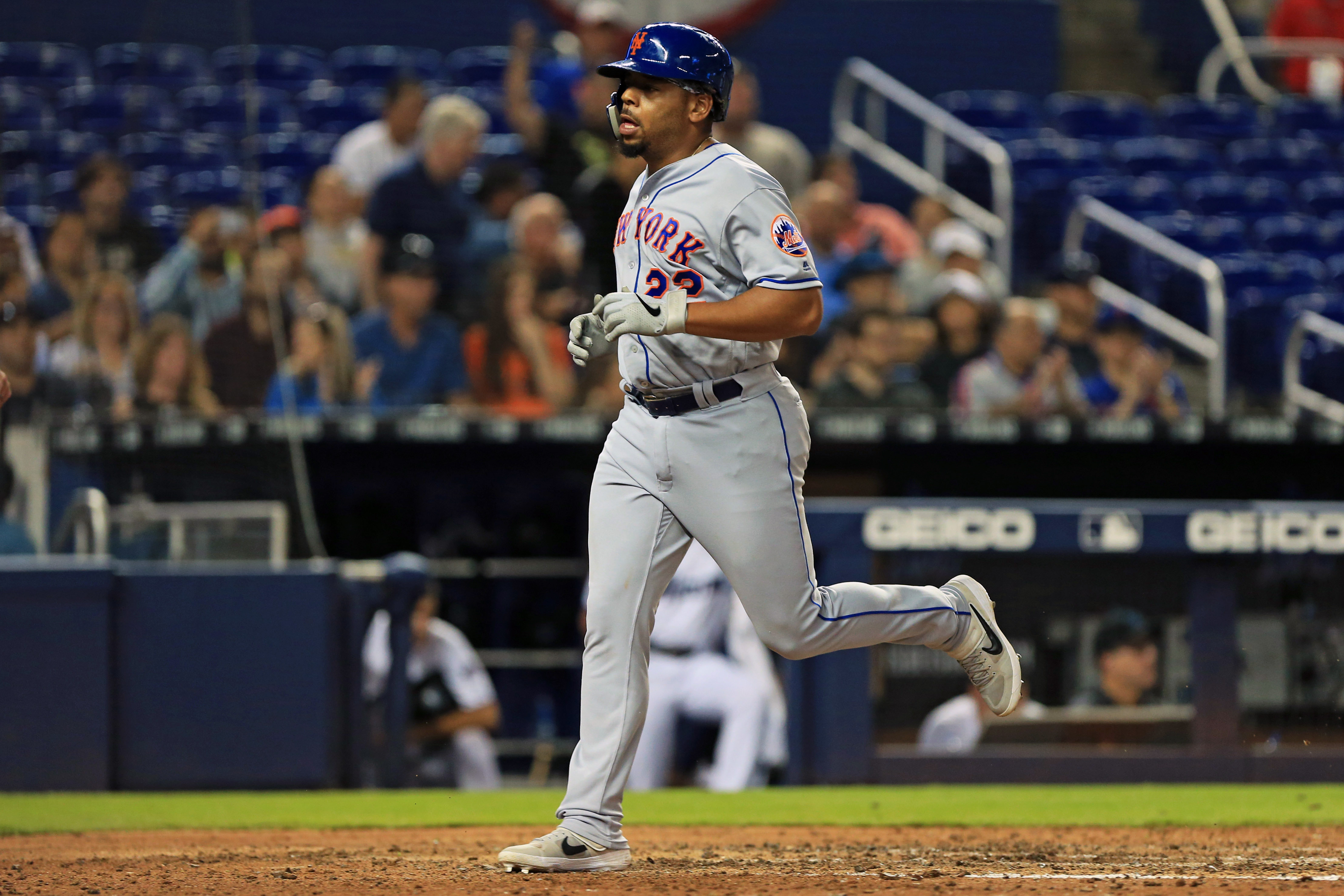 One of the critical moments of yesterday’s loss to the San Diego Padres came in the seventh inning. The New York Mets had two men on with two out, and they went to Todd Frazier as the pinch hitter against hard throwing righty Gerardo Reyes. Frazier looked absolutely helpless in the at bat, striking out on three pitches and ending one of the Mets’ best chances to grab a lead. Mickey Callaway didn’t have a ton of great options on the bench, which was all right handed due to the Mets’ decision to demote Dominic Smith to the minor leagues over the weekend.

Smith found himself in a tough situation, clearly getting surpassed by Pete Alonso on the organizational depth chart, but he still found ways to contribute. Despite getting only 30 at bats in 29 games, Smith was hitting .333 with an .859 OPS, including a pair of doubles and four RBI’s. A lot of those at bats have come in pinch hitting situations, and instead of rewarding a productive player the Mets demoted Smith to the minors to keep Adeiny Hechavarria from opting out.

Hechavarria is a great defender and worth having on the roster, but it shouldn’t have come at the expense of taking the only left handed hitter off of Callaway’s bench. Smith is down at Syracuse playing every day, which doesn’t do much to help him or the Mets in the short or long term.

This situation comes down to proper utilization of assets, and having Smith at AAA Syracuse does nothing for the Mets. The Mets have two real options with Smith: accept him as a bench player who gets the occasional start at first base and left field or trade him to help another area of the roster.

It’s clear that Smith has no long term future with the Mets, and hiding him at Syracuse won’t change that. Brodie Van Wagenen has made it clear that he wants to carry the best 25 players on the roster at all times, and Smith is one of the Mets’ 25 best players. Smith has offered more to the Mets than a guy like Keon Broxton or Todd Frazier has, and if the Mets are serious about winning this year they should have him up here to give Callaway a left handed bat off the bench.

The other option to help the Mets now is to trade Smith, which would be good for both the player and the team. Smith would get an opportunity to be a big league starter somewhere else, giving him a chance to kick start his career. The Mets could also turn a redundant player, a backup who can play first base only, into a useful piece that could help somewhere else on the roster. A bullpen arm, depth starter, or right handed hitting outfielder would all help the Mets out significantly.

Those are all better uses of Smith’s talent than having him be the starting first baseman at Syracuse. The Mets should know that, and Smith definitely does, but how the team utilizes him could impact how their season plays out in the next few weeks.