Kailer Yamamoto Out For AHL Playoffs 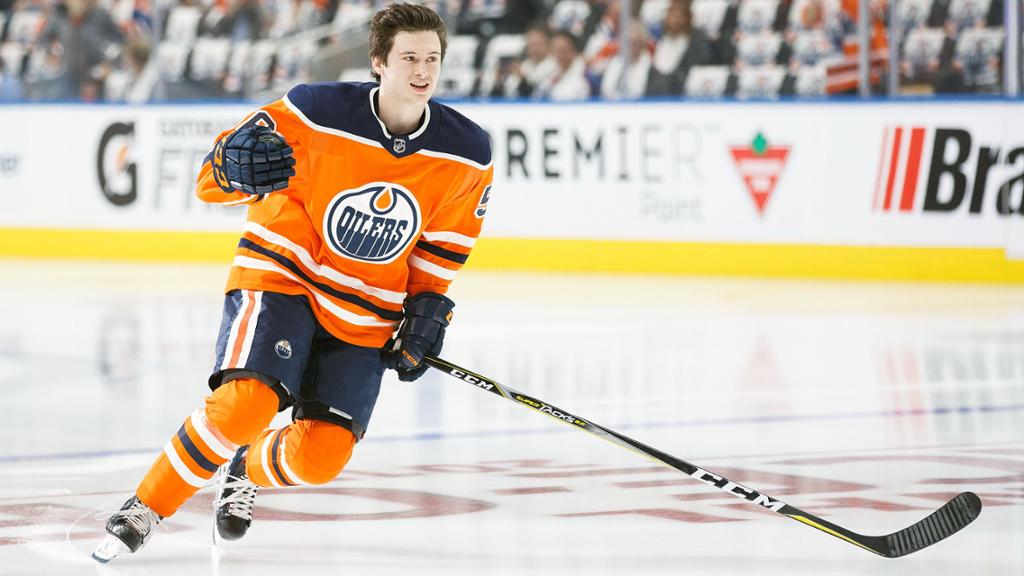 Kailer Yamamoto Out For AHL Playoffs

Most fans, myself included, were thrilled at the selection of forward Kailer Yamamoto late in the first round of the 2017 NHL Entry Draft. The ensuing summer saw Yamamoto’s stock flourish, playing extremely well in Team USA’s World Junior summer camp. He showed extremely well in NHL training camp and earned a nine game look, where he played decently before being returned to the WHL.

After a slow start to his final junior season, Yamamoto once again tore up the Western Hockey League. He posted 64 points (21-43-64) in 40 games and added four more points (2-2-4) in seven games for Team USA at the World Juniors in Buffalo that winter. Yamamoto was on-track as a prospect, and seemed ready to make the jump this past fall.

Another strong showing in training camp and exhibition landed Yamamoto on Edmonton’s opening night roster, but he never looked comfortable in real NHL games. He managed only two points (1-1-2) in 17 games and was assigned to AHL Bakersfield in November to develop further.

Problem is, Yamamoto never really got the chance to develop because of nagging injury. He managed to appear in only 27 games for Edmonton’s farm club, and has yet to play in Bakersfield’s postseason run. He did score 18 points (10-8-18) in those 27 games, but never looked comfortable.

We knew that the wrist was an issue for Yamamoto, and now we know the extent of that nagging injury. The Oilers have elected to shut one of their top prospects down for the season, ending his first trip to the playoffs before they even got started. Yamamoto’s season is over after undergoing surgery on Thursday.

Forward Kailer Yamamoto underwent successful wrist surgery & will be sidelined for the remainder for the @Condors season. He will begin rehab immediately & be ready for #Oilers training camp in September. pic.twitter.com/NVYe7VUeVJ

It’s unfortunate that we won’t see Yamamoto play during this playoff run for the Condors. Even after a so-so regular season, I thought the postseason presented a great opportunity for Yamamoto to finish on a high note and head into the summer with some serious confidence.

Now? He’ll head into summer with a rehab schedule and will have to work his way back before training camp. It isn’t an ideal spot, but there could be a benefit to it. I don’t think anyone is counting on Yamamoto to make the NHL roster out of camp next fall, which should take the pressure off of him. He’ll be able to fully recover, and should arrive to Edmonton in September at 100% for the first time since 2017.

With Ken Holland now at the helm, I think Yamamoto is destined to start the season in the AHL, playing a key role on the Condors. I could see him starting in Bakersfield’s top-six, perhaps even on the top line, and being given the chance to dominate at that level. When he returns to the NHL, it will be after a successful AHL stint. He’s going to be healthy and developed properly, this could be a positive.

Yamamoto’s journey hasn’t gone the way he or the Oilers had hoped to this point. He’ll get a clean slate of health and a clean slate with both management and the coaching staff next September. The road has been long, but with health finally not a question, we should expect to see Yamamoto take a step forward next season.