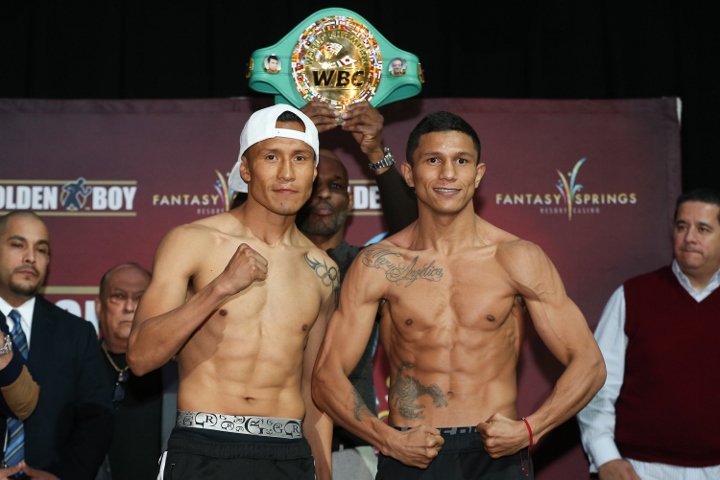 Luke Irwin: Nearly two and a half years ago, Vargas was the undefeated reigning and defending WBC World Junior Lightweight champion going up against up-and-comer Miguel Berchelt, who had not yet even become a full-fledged world champion. Then, these two went to battle over eleven rounds before it was stopped. At the time, the cards were 95-95, 96-94, and 96-94. Now, after two wins, Vargas gets his rematch. Yes, these two were neck and neck when they fought in January 2017, but Vargas is 35 now and his recent wins over Stephen Smith and Rod Salka isn’t exactly a murderer’s row. Berchelt via R8 TKO. Luke: Navarrete was a huge underdog (as high at +700 on some books) that upset Dogboe in December at MSG by a close unanimous decision to claim the WBO Junior Featherweight strap, now Dogboe is ready for a rematch after hinting that he had a bad traning camp, which Navarrete has shrugged off. Their first fight was a banger, with them landing nearly 400 shots on each other. I see no reason why this should be any different. Navarrete via SD.

Hall of Very Good 14m ago