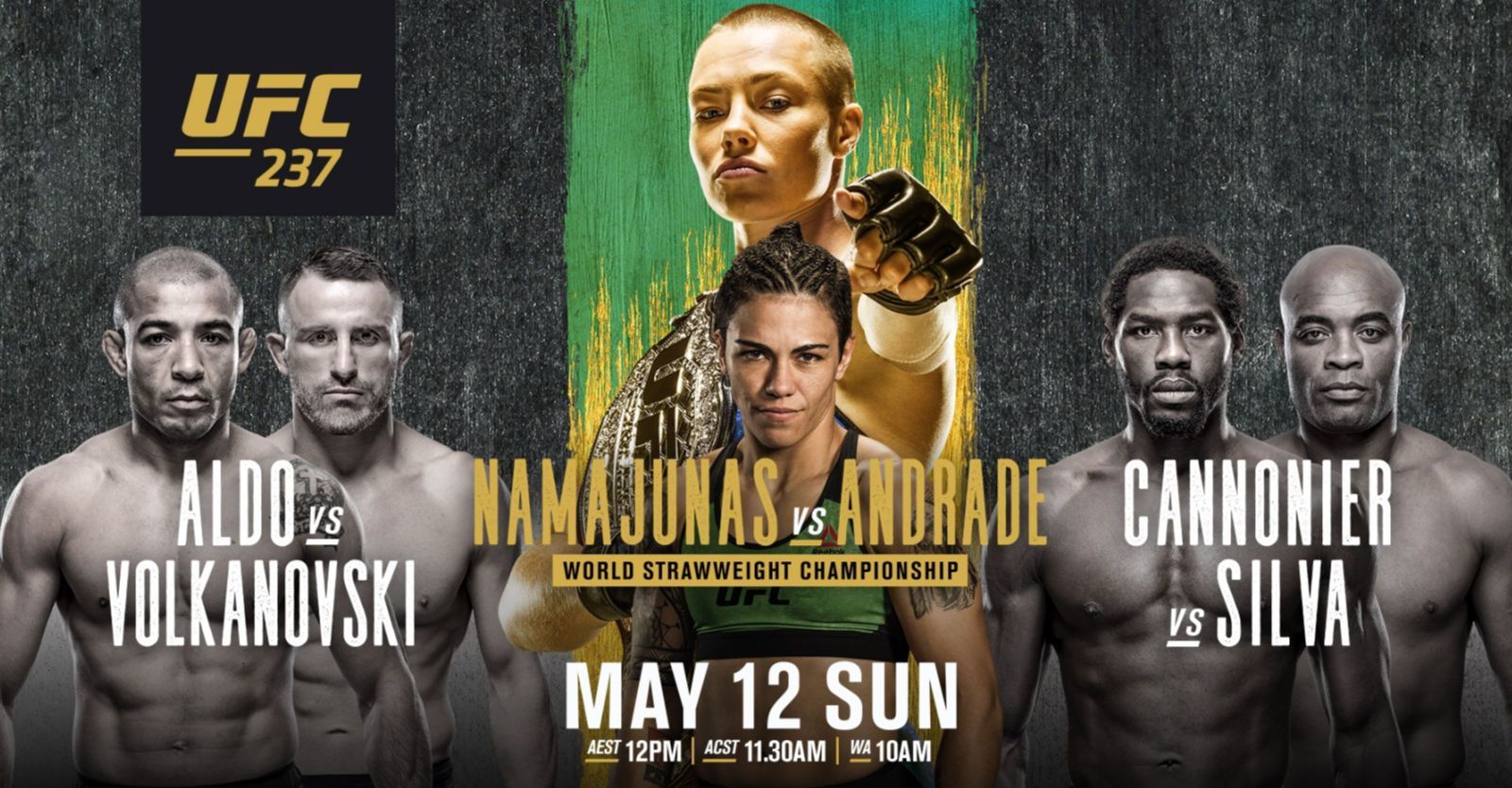 Luke Irwin: This will be the first time Namajunas has fought for a title with someone different than Joanna Jedrzejczyk, and Andrade is as fine of a challenger as anyone. Andrade isn’t scared of a fight. Four Fights of the Night/Performances of the Night in her nearly six-year UFC career, and Rose never has to prove a thing about her fighting merit after the two beatings she put on Joanna Violence. I certainly see how going more like the second JJ fight than the first one. I’m thinking this one goes the distance without Andrade being able to get much going. Namajunas via UD.

Luke: I really don’t know what Anderson has in the tank. As he showed against Daniel Cormier and Israel Adesanya, he has the ability to not get embarrassed. But as for anything resembling offensive output, I’m pretty unsure. I think this will be a slog featuring two guys who don’t want to get nerfed. Silva via SD.

Luke: This is my pick for best fight of the weekend. Volkanovski will bring more than enough pressure for Aldo to deal with. If he really is the OG Scarface once again after his Holloway losses, and he’s showing some of that vicious striking again, I think he can take it here. I think it’s close but Volanovski controls position en route to a close, probably 29-28 x3 win. Volkanovski via UD.

Luke: As Alves enters his 28th year in the UFC, he’s certainly not near the fighter he was, and while he’s more comfortable at welterweight, he’s still undersized and a relic of the days when every welterweight was a 5’7″ grinder. Matt Serra, basically. Staropoli via R2 TKO.

Luke: Nice job with the weight cut, Bethe, great effort. Likeable as always. There’s ring rust, and then there’s not fighting for nearly two years, as Correia is, and coming off of an absolutely brutal KO from Holly Holm, at that. Aldana isn’t exactly a Hall-of-Famer, but I think she’ll be active enough to point her way to a win, here in a probable slog of a fight. Aldana via SD.