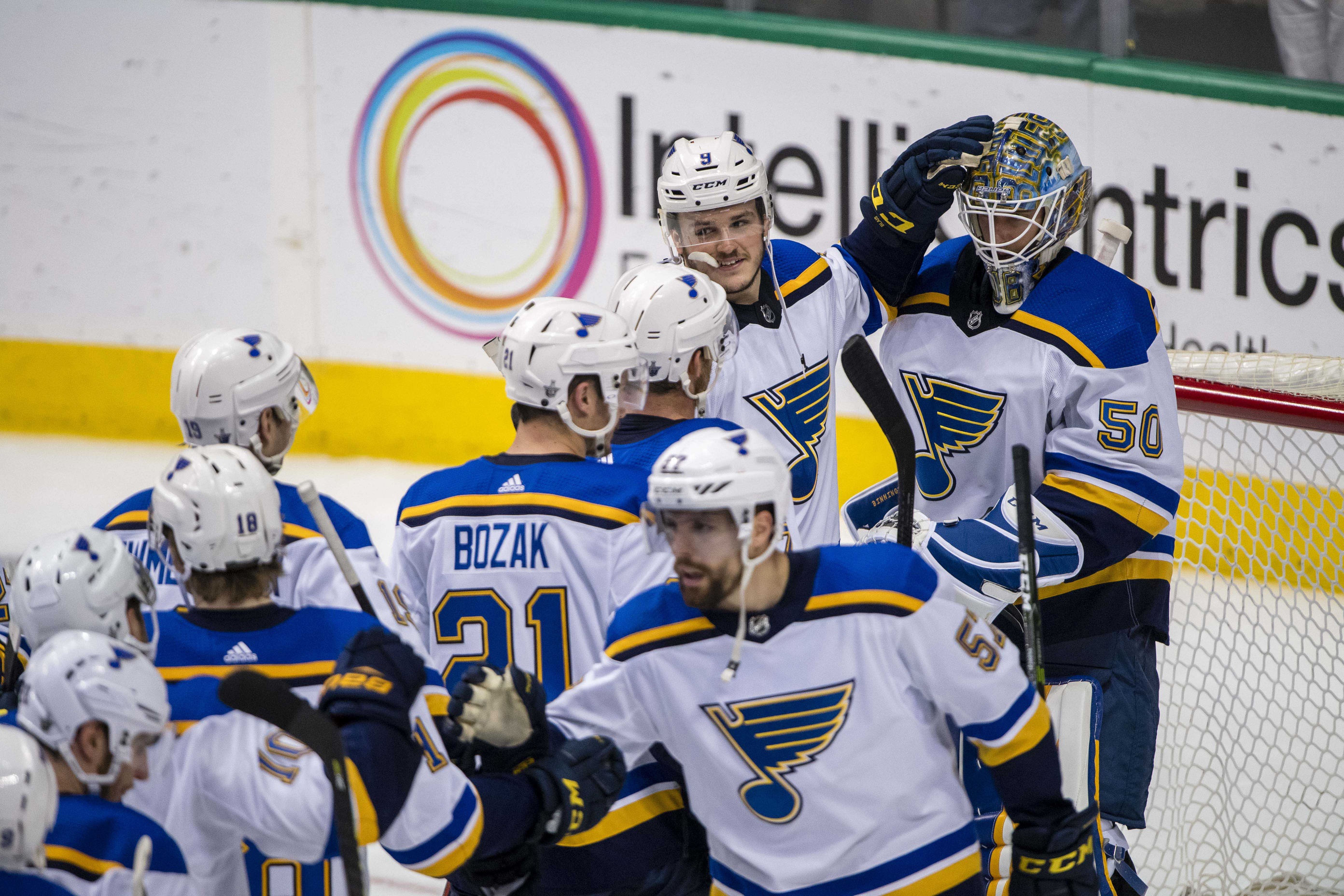 The St. Louis Blues and San Jose Sharks will battle to find out who will punch their ticket to the Stanley Cup Final. In addition to that incredible opportunity, the Blues’ matchup against the Sharks also represents a chance to bury some of their nightmares of old.

The Blues have a colorful history against the Sharks. Much of that history would be best forgotten, but it’s difficult to forget and move past some of the most painful moments. If you’re a new Blues fan, or if you’ve done a great job of blocking out those times, let’s take a look back at some of the most unfortunate situations.

Remember Blues goaltender Roman Turek? He might be the only goalie who has jumped to try and make a glove save on a shot from center ice. Owen Nolan’s goal from center ice in Game 7 back in 2000 proved to be the deciding tally, ending the Blues’ season on an incredibly bizarre note.

That goal may not carry the same amount of pain as the infamous Steve Yzerman tally, but it’s up there.

There’s also the ugly Joe Thornton hit on David Perron from 2010 that could have easily ended Perron’s career. Consider this Exhibit A when people discuss whether or not Thornton is a dirty player.

There’s no room for that kind of play in hockey and there’s no question Perron would love to find some kind of redemption by knocking out Thornton’s Sharks this season.

Most recently, the Blues have some disappointments to avenge from their Western Conference Finals elimination in 2016 at the hands of San Jose. That felt like a glorious missed opportunity where a strong Blues team crumbled to the Sharks and failed to advance further.

Will history repeat itself? So far, there have been some strange similarities to 2016 when the Blues beat the Dallas Stars in Game 7 in the second round ahead of a Western Finals meeting with the Sharks. But, unlike the Blues’ run in 2016, there’s some renewed optimism thanks to the Blues crushing old stereotypes. They have a mental fortitude that appears to be able to handle adversity. That’s in stark contrast to previous Blues teams who would stumble when punched in the mouth.

Then again … it hasn’t been all bad against the Sharks. Remember the infamous “Polak Door” game from 2012?

Let’s hope 2019 proves to the a memorable year for all the right reasons.