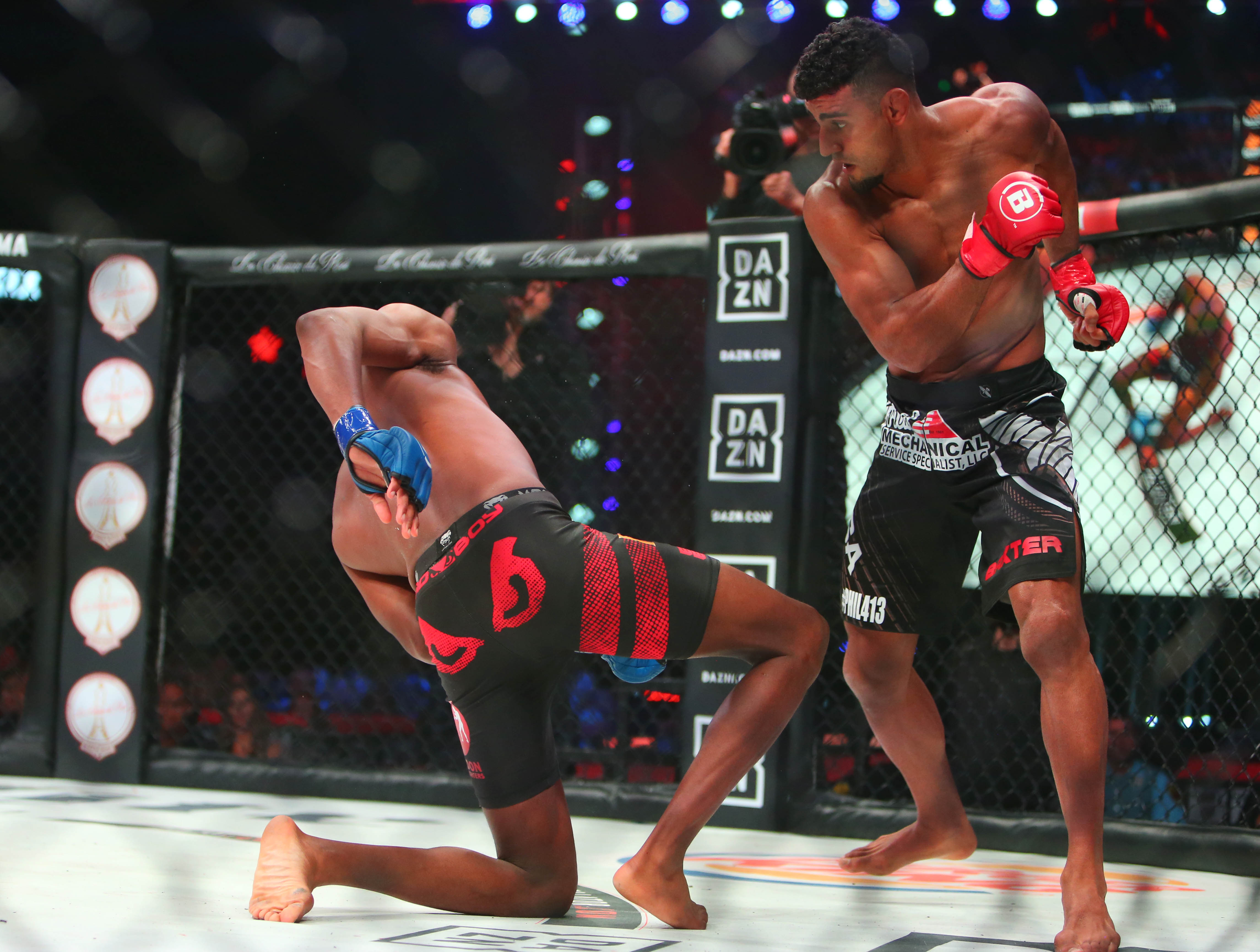 A fighter can be their own worst enemy. Michael Page was moving better in his fight with Douglas Lima at Bellator 221 than he did in his bout against rival Paul Daley. His strikes were looking efficient has his defensive stances looked cleaner. The undefeated star from England was looking to remain that way.

All good things must come to an end, however.

In front of a sold-out crowd inside the Rosemont Arena in Chicago, Lima landed a brutal knockout onto the face of Page. As a result, Lima will advance into the finals of the Bellator Welterweight Grand Prix.

MVP (14-1) had moments of brilliance where he ended up clipping Lima (31-7), who was able to display a strong ground game at certain points. In the second round, Page landed a few punches but was feeling cocky. Too cocky. Going for the jumping strike, Lima kicked the leg of Page, tripping him to the floor. Lima then laid the hammer down on top of Page’s face, by way of a vicious uppercut. The referee called off the fight, but not before Lima was able to land one more definitive blow.

If you look really close, you can see that Lima’s knee hit Page’s face before he landed the definitive punch.

Lima has now won two in a row, having beaten Andrey Koreshkov in the opening round of the Welterweight Grand Prix. He is now set to face the winner of Rory MacDonald (the Welterweight Champion) v. Neiman Gracie. Both are set to face off on June 14th inside Madison Square Garden in New York City.