Get Ready for Cole Irvin's Debut 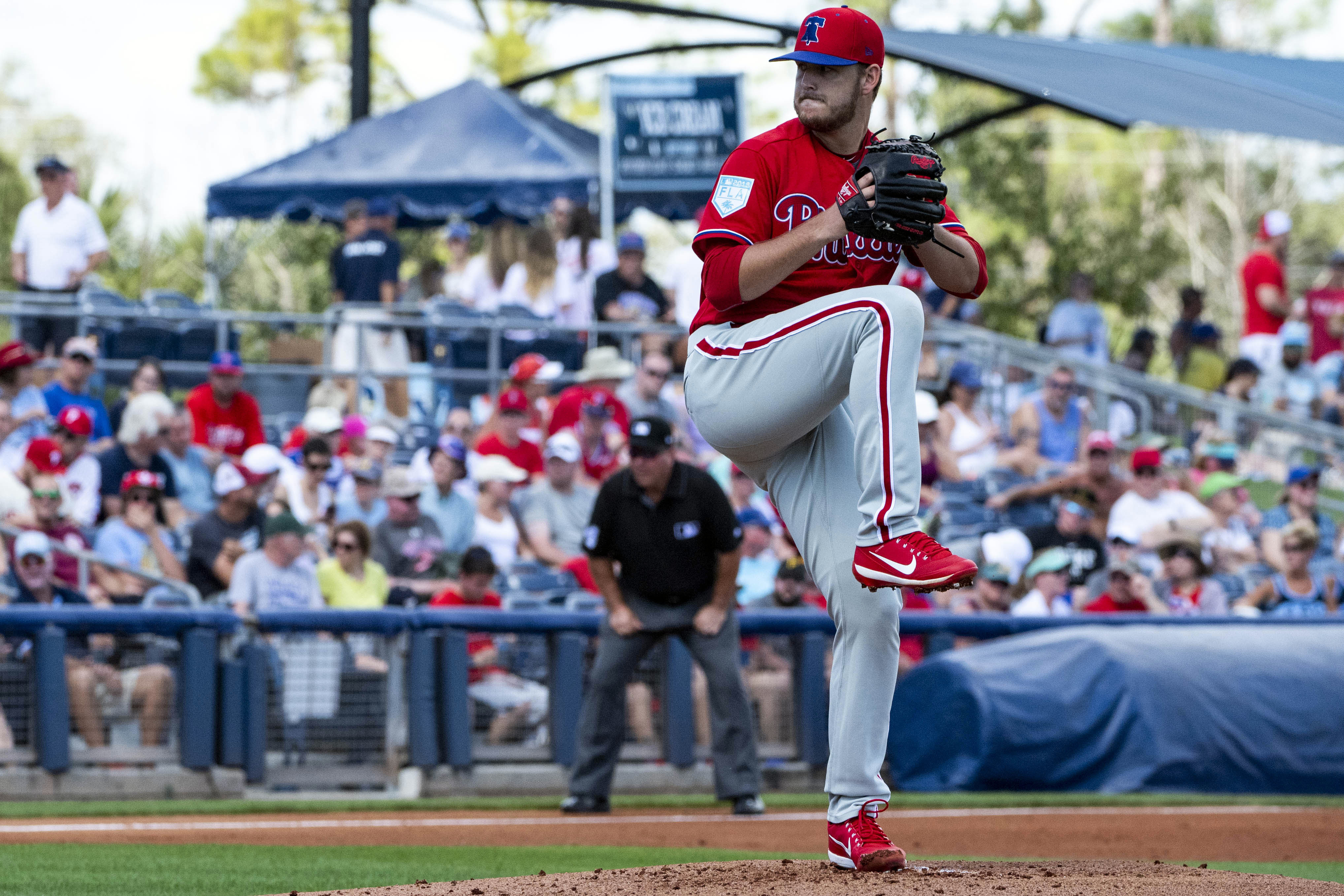 Get Ready for Cole Irvin's Debut

After undergoing Tommy John surgery as a soft-tosser out of the University of Oregon, Cole “Swirvin’” Irvin’s chances at making the big leagues looked much slimmer compared to making the freshman All-American team (as named by Louisville Slugger, Baseball America, and Perfect Game). He was drafted in the 5th round by the Phillies and was not an often-talked-about prospect through the lower levels based on his age and lackluster stuff.

Fast forward to 2019, Irvin still doesn’t crack some top Phillies prospects list. But when Vince Velasquez went on the IL with a short-term injury, the big league organization needed a AAA arm that lined up with Velasquez’s pitching schedule. At the same time, Aaron Altherr has recently been claimed on waivers by the San Francisco Giants, clearing a 40-man roster space. For the emergency start against the Kansas City Royals on Sunday, the Phillies called up left-handed starting pitcher Cole Irvin.

Velasquez had been doing well on the season before turning in two poor performances in a row. A few days following his start against the Cardinals, it was reported that Velasquez was going to be put on the Injured List with a forearm strain. Although sometimes even mild injuries like that can keep pitchers out over a month, Velasquez said he is hoping to only miss the one start.

Even given the fact that there’s a “Move Velasquez to the bullpen” crowd, it seems unlikely that he loses his spot in the rotation to someone with no more than a few starts. Velasquez does have a 4.90 xFIP, 5.66 DRA, and has given up over 2 home runs per 9 innings, and he is nearly 27, so if things don’t change soon, there is a chance that Velasquez gets knocked out of the rotation at some point. Although Nick Pivetta, Enyel De Los Santos, or a trade target like Madison Bumgarner are more likely replacements, Irvin appears to have a couple starts to convince team officials to throw his hat into the ring.

He’s done enough through this point of his career to at least earn this cup of coffee. In 2018, Irvin was named the International League Pitcher of the Year on the back of a 2.67 ERA with 155.1 innings pitched. So far in 2019, Irvin has a 2.25 ERA in 6 starts, averaging 6 innings pitched a start. In fact, through every level he has pitched at, Irvin has performed well. No matter how uninspiring the scouting reports may paint Irvin, it is hard to imagine someone not at least getting a chance after dominating AAA.

So why hasn’t being one of the best pitchers in the minor leagues earned him more name recognition? You likely won’t find any scouts that see Irvin’s ceiling as anything higher than a #5 starter. His 90-mph fastball is accompanied than two no-better-than-average breaking balls. On the bright side, he is advanced in terms of being able to throw his curve in the strike zone, and his changeup has improved enough over the years to be rated as a 55-grade by MLB.com.

Without any true plus pitch, it’s hard to make the argument that Irvin will translate well against advanced bats at the highest level. Even with a high percentage of pitches in the strike zone and 2 fastballs, 2 breaking balls, and a changeup that are all somewhat effective, Irvin will not miss bats without somewhat of a major change. He is 6’4” so maybe there is a chance at more velocity, but at 25 years old it may be too late. He doesn’t have a wacky delivery to throw hitters off their games. Even as a left-handed pitcher, left-handed batters had a higher OPS against him than right-handed batters in 2 of his 4 minor league seasons.

Some will point to his potential as a contact-controller, but he isn’t among the top ten in limiting line drives or producing ground balls in the past 2 seasons in the International League, so it is not like he has really shown that potential quite yet. Additionally, a possible positive of Irvin is his ability to eat innings. In 31 starts at the AAA level, Irvin is now at 197.1 IP, and he hasn’t dealt with any major injuries in his professional career thus far. This could end up being a real strength of Irvin’s, especially considering he doesn’t have a high-effort delivery, but with a history with Tommy John surgery, there is still some risk involved.

Even though he’s been known as someone who’s performed well in the minors, you could even look at his performance as a reason as to why he won’t have a long-term role with the club. In his fantastic 2018, his xFIP was only an unspectacular 3.56, and in 2019 it’s shot up all the way to 5.51. Never having a K% over 20.5% at every level is the main concern it seems. A large majority of pitchers with that low of a K% in the International League in the past 5 years do not prosper at the highest level.

Some of the best-case scenarios are Richard Bleier, Dylan Floro, Adam Morgan, Taylor Rogers, Mike Montgomery, Amir Garrett, Robbie Ray, Steven Wright, Zach Eflin, Trevor Williams, and Zach Davies. 6 of those 11 are relievers, Robbie Ray’s low strikeout season was the only below average one of his professional career so he clearly is not a comparison, Steven Wright is a knuckleballer so he clearly isn’t a comparison, and Eflin struggled in the MLB until transforming into an essentially all new pitcher repertoire-wise. In fact, the IronPigs have a number of starters on the list of low strikeout rates that also had ERAs under 4 and then imploded in the MLB.

Clearly, the likelihood of turning what he has into a long major league career is unlikely. But there’s some upside. Maybe he turns into an effective reliever, after all, he has been linked to the starter-version of Adam Morgan throughout his entire professional career. It may take away the durability aspect of his game, but it could help his stuff play up. On the more optimistic side, you can look at the cases of Zach Davies and Trevor Williams. Williams isn’t a perfect comparison stuff-wise but is an example of someone who goes against the odds to help his team. Davies was never a high strikeout guy, never got over 50% grounders consistently, averages under 90 mph on his fastball but he always did just well enough to move to another level based off of pitchability and an above average changeup. Now he is an integral part of the back end of a contenders rotation.

Going into his major-league debut on Mother’s Day, Irvin has a lot to go against. It’s unlikely he has a major league career at all, and now he has to pry a rotation spot away from several other deserving candidates while following up a complete game shutout performance by Zach Eflin. There are dozens of Cole Irvin’s who never played a 2nd season, but maybe there is just enough there to make “Swirvin’ Irvin” an arm for the future.