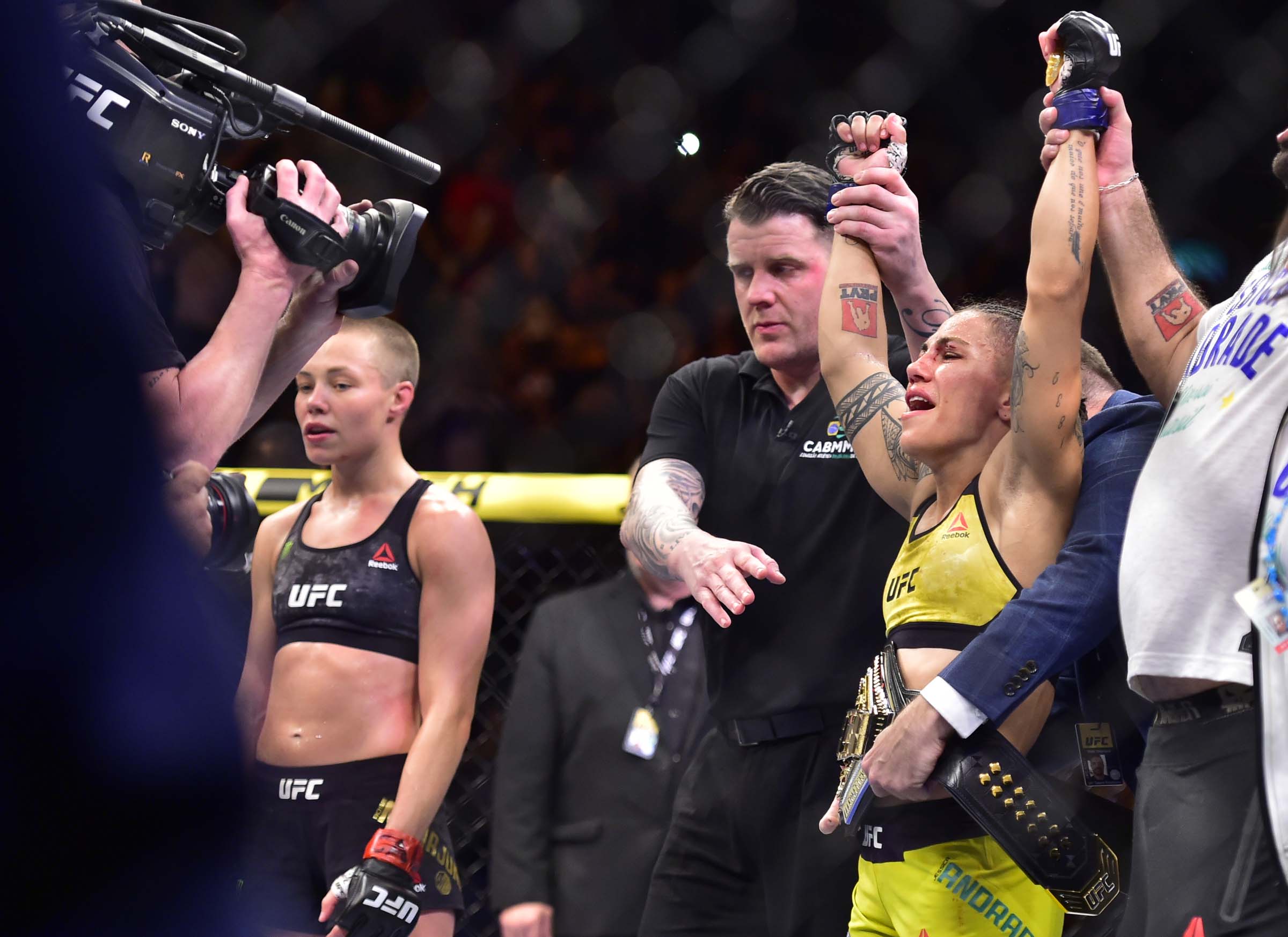 It appeared as if the fight was over right when it began. Rose Namajunas was dominating every aspect of her bout against Jessica Andrade in the first round at UFC 237 in Rio de Janeiro, Brazil. The Strawweight Champion looked very sharp, landing everything she was throwing.

And then round two happened.

In front of a hometown crowd, Andrade (20-6) picked Namajunas (8-4) up and in mid-air slammed her on top of her neck. After pounding away, the referee called off the fight at 2:58 into the second. As a result, Andrade became the fourth Strawweight Champion in UFC history.

The fourth time was the charm for Brazilian fighters, as Anderson Silva, Jose Aldo and Antonio Rogerio Nogueira each lost their bouts. Andrade welcomed the challenge, but it took a lot of patience and hope for her to conquer Namajunas.

“Thug” Rose cut Andrade’s left eye early in the first with a stiff right hand and would continue to pound away. Namajunas’ speed and precision punches were just too much for Andrade to handle early on. She tried slamming Rose later in the round but the former champion managed to secure an armbar in mid-air.

The story was more of the same in the second until Andrade was able to take down Rose. Prior to that, Rose landed 55 significant strikes out of 125 attempts while Andrade landed 47 from 105 attempts. One mistake costed Rose, who, according to her manager, has stated she is in good spirits.

That was Rose’s first loss since 2016. Namajunas has been through a lot the past few months. While defeating Joanna Jędrzejczyk twice, she had to deal with the Conor McGregor/Brooklyn incident and a hostile Brazil crowd. Now that she is no longer a champion, Rose has a moment to reflect.

“It’s just a huge pressure off my shoulders,” Namajunas stated after the fight, who has teased leaving the fight game many times.

That win was Andrade’s fourth win in a row, making her 7-1 in her last eight fights. She now has many options in a loaded strawweight division, whether it be a Rose rematch, a collision with Michelle Waterson or by just facing the winner of Tatiana Suarez and Nina Ansaroff.