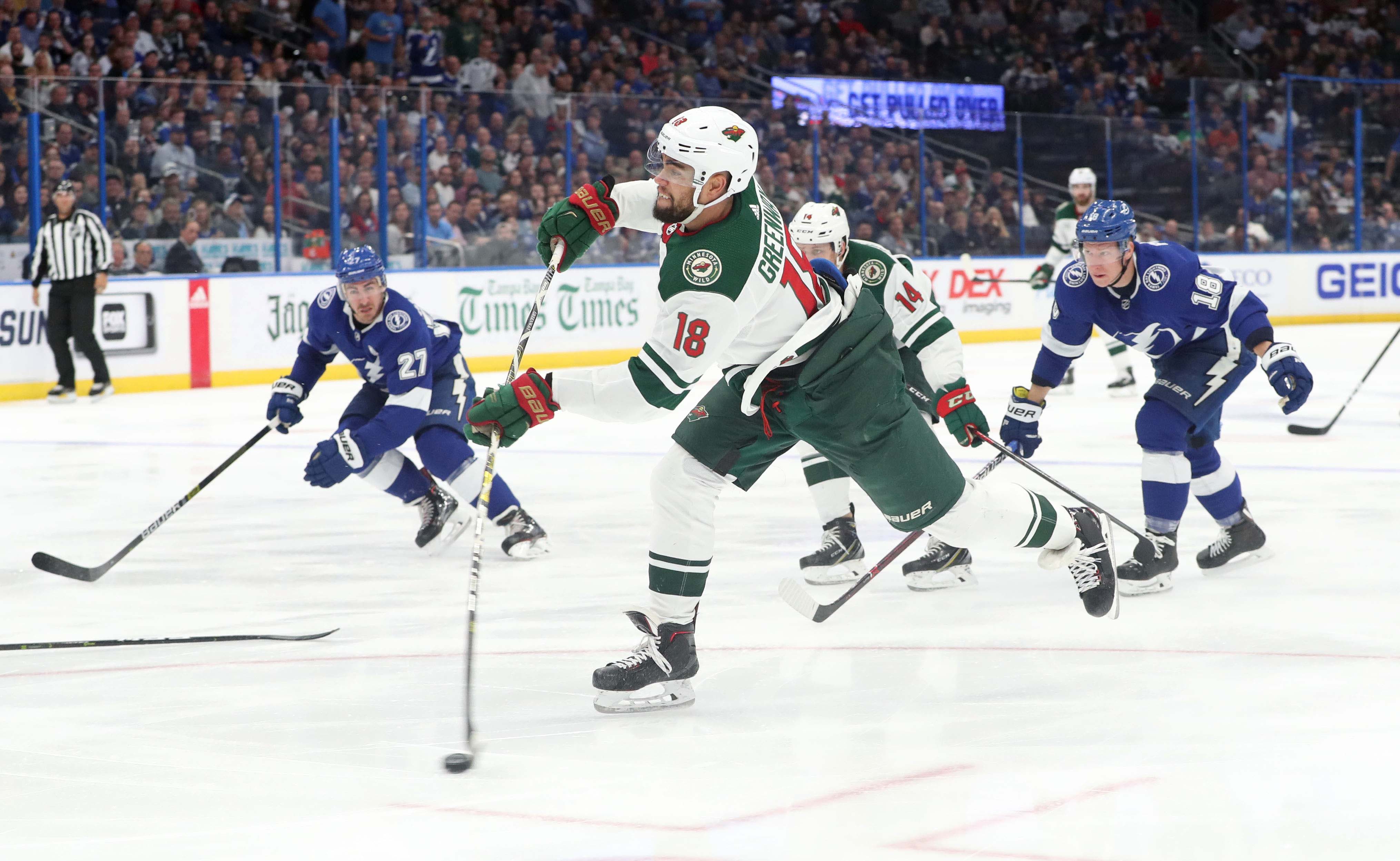 Hello everyone and Happy Mother’s Day to all of you mom’s out there!  Hockey mom’s get a lot of credit (and rightfully so) but anyone who helped raised a kid(s), demonstrated patience, love and affection deserves a huge thank you!

With the Minnesota Wild failing to make the playoffs I will admit I’ve found myself rather uninspired to write much of anything.  I thought age and injuries would catch up to this team and they did.  Toss in a rookie General Manager who appears to be in over his head in Paul Fenton and it looks like this may be the beginning of a few chaotic and miserable seasons ahead of us.  Although Fenton did re-sign back the coaching and training staffs so I guess there is that slight nod to continuity.

Prospects Kirill Kaprizov and Andrei Svetlakov won a Gagarin Cup with CSKA Moscow, and now Kaprizov is playing for Team Russia in the IIHF World Championships in Slovakia.  Meanwhile Kevin Fiala is playing for Team Switzerland and Ryan Suter is slowly patrolling Team USA’s blueline.  In Team USA’s opening round 4-1 loss to Team Slovakia, Suter was a liability on the ice.  Pinching at the wrong times and every time he did the Slovaks would go on the attack because they knew he didn’t have the wheels to get back to help out defensively.  Honestly, if you thought Suter has looked slow for the Wild he looks even slower on international ice where his lack of urgency and age is being exposed.  Kevin Fiala is off to a good start for Team Switzerland with 3 goals and a helper so far after 1 game which I’m sure will make Fenton happy.

As reported by the Athletic‘s Michael Russo, Kaprizov has no ‘out’ clause in his contract despite helping his team win a KHL championship so Wild fans will have to wait at least one more season.  No other major junior prospects in Minnesota’s prospect pool are playing right now as all of their teams were eliminated so most of them are biding their time as ‘black aces’ for the Iowa Wild.

Of course the one thing for Wild fans to be excited about is the Iowa Wild who have made the AHL playoffs for the first time in franchise history and they advanced beyond the 1st round after upsetting Milwaukee in their best of 5 series.  Currently, the ‘baby’ Wild trail Chicago 3 games to 2 in their series which has Game 6 being played tomorrow (Monday) in Rosemont, Illinois.  Here are some highlights from Game 5, as they lost 7-4 to the Wolves.

Iowa has been a fun story to watch unfold this season.  After leading the way throughout most of the season a late-season losing streak nearly put them out of the playoffs but they scratched and clawed their way in.  One player who could arguably be considered Iowa’s MVP has been former Ferris State star Gerald Mayhew.  The 26-year old winger from Wyandotte, Michigan is small, fast, and has tremendous hands and has been Iowa’s clutch scorer throughout most of the season and the playoffs.  He isn’t afraid to be physical and leads Iowa with 9 playoff goals and 11 points in 10 playoff games.  He seems to make something good happen on just about every shift he takes.  The right shot, right wing earned a 2-year, two-way contract from the Minnesota Wild for his efforts.

Mayhew’s speed, energy and selfless play makes him a ton of fun to watch.  And in an organization where right shot forwards are a pretty rare commodity he should get a decent look at camp and some even believe he has a pretty fair shot to make the big club.  Best of all, he’s earned the opportunity through his hard work ever since being signed 2 years ago as a college free agent.  I am curious to see what he could do for Minnesota next year.

The Minnesota Wild had to soldier on in the homestretch of the season without any callups to preserve the opportunity for Luke Kunin, Ryan Donato and Jordan Greenway to play for Iowa in the crucial stretch of games to make the playoffs as well as the post-season.  Luke Kunin has been terrific; and next to Mayhew has been Iowa’s most dangerous offensive player with 6 goals and 10 points of his own.  He seems to have embraced the role of leader and the opportunity of playing top minutes for Iowa.

But the play of the other two forwards has left a lot to be desired.  While Ryan Donato scored twice in Game 5, he had been mostly an afterthought in most playoff games.  Jordan Greenway has been tough to watch as he clearly appears to be rather uninspired in his shifts.  He isn’t using his big body to protect the puck nor is he going into the corners with the purpose and zeal he demonstrated with the big club.  Simply put, he’s playing like a player that really doesn’t want to be there.  When Paul Fenton was recently asked by Michael Russo about the performance of the team’s trio of young forwards he sent down to Iowa he raved about Kunin and didn’t say a word about either Greenway or Donato.  Ouch.

I get it.  These guys feel as though they are NHL’ers only now and see this as a demotion of some kind.  It isn’t.  Its a chance to develop.  It is unlikely any of these players were going to make Team USA for the World Championships, so these are extra games where these players are the go-to options for Iowa.  While Kunin seems to have been able to accept and move on from whatever discomfort he has, the other two players lack of focus and desire has been painfully evident.  Greenway has been especially lazy on his shifts, and often loafs back to the bench for a change.

In my opinion that reflects poorly on Greenway and to a lesser extent Donato’s character.  The players that have spent most or all of their time with Iowa this season have busted their tails off for this moment.  Team captain Cal O’Reilly has been fantastic, and veteran defenseman Nate Prosser has been the consummate teammate and leader since getting sent down.  Greenway and Donato could learn a lot from both of these players.  The Iowa Wild could advance farther in the playoffs but having a top line that is only giving 75% (at best) beyond Kunin’s effort is a shame.  I’d seriously consider benching Greenway to send a message but he’d probably be thrilled at having the night off.  With the Iowa Wild’s season on the ropes they can’t afford to have anyone on the team who isn’t pulling their weight no matter if they feel this opportunity is ‘beneath them’ or not.