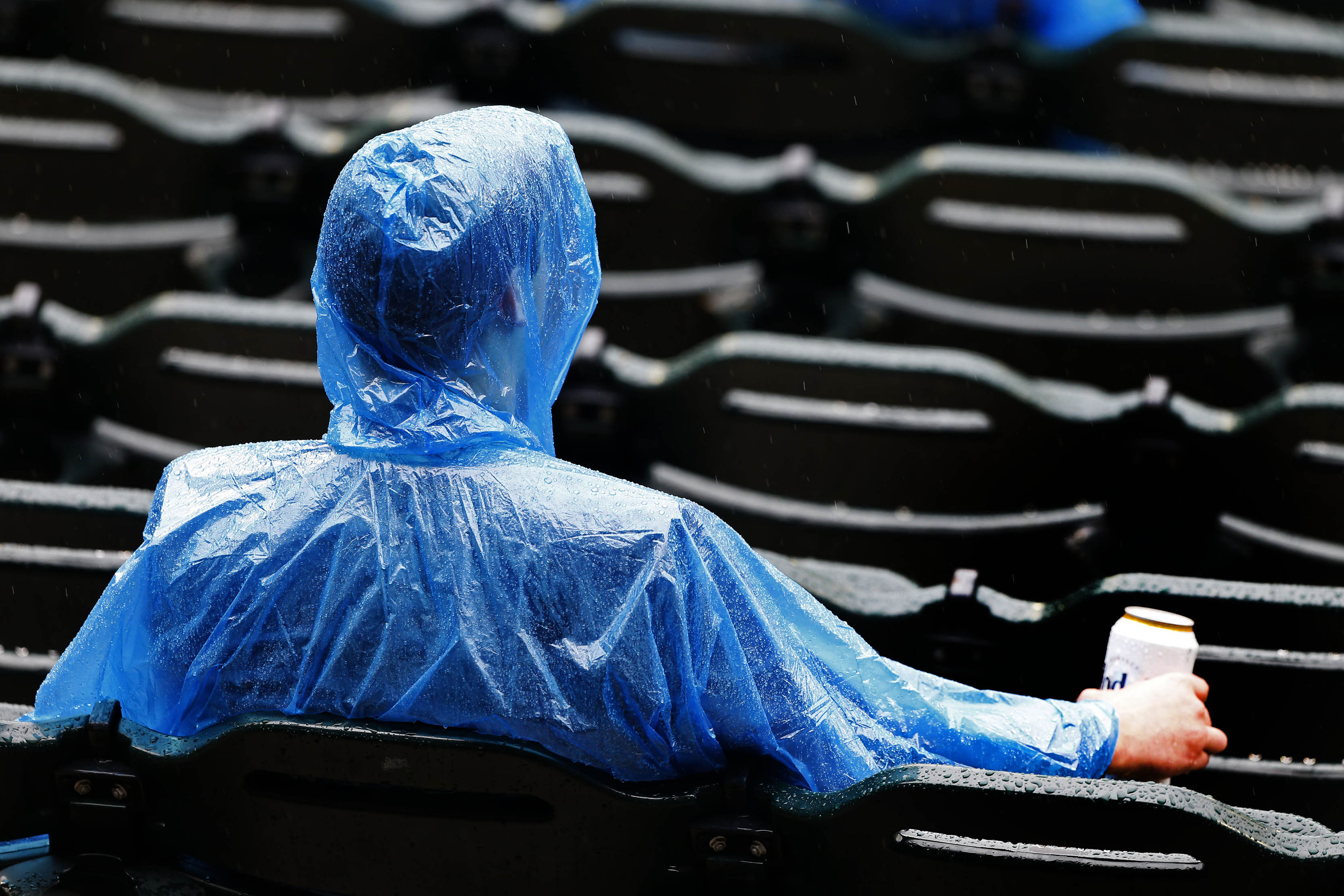 The New York Mets’ home stand is over after just two games thanks to the weather. Consistent rain this morning and the likelihood of more in the forecast has postponed today’s scheduled game with the Miami Marlins, who had dropped the first two games of the weekend series. The contest will be made up on August 5 as part of a single-admission double header beginning at 4:10 p.m.

The Mets are now off tomorrow ahead of a stretch of 20 consecutive games without an off day. The rainout also impacted the Mets’ rotation plans, which have been outlined below courtesy of MLB.com’s Anthony DiComo.

The Mets are just pushing everyone in their rotation back two days.

The Mets hope to have Steven Matz (radial nerve discomfort) return the following weekend in Miami.

The choice not to just skip Wilmer Font seems odd, but the Mets probably want to give everyone a bit of extra rest this turn since they won’t be off again until June 3. If everything holds, Jacob deGrom will pitch again on Friday in Miami with the Mets hoping to get Steven Matz back on Saturday. There is no word yet on how much longer Jason Vargas will be sidelined.

The Mets should also be making some roster moves ahead of Tuesday’s game in Washington. Jeurys Familia, who was supposed to be activated from the disabled list today, will probably return on Tuesday at the expense of a reliever currently in the bullpen. Jed Lowrie should also be return in the coming days, and the Mets will likely demote a position player to accommodate him. J.D. Davis appears to have played himself into more regular at bats, so the options could be simply sending Dominic Smith back AAA, designating Keon Broxton for assignment, or outfighting Adeiny Hechavarria to the minors.