Your Morning Dump... Where Horford seeks a team friendly deal and the Kyrie rumors are flying 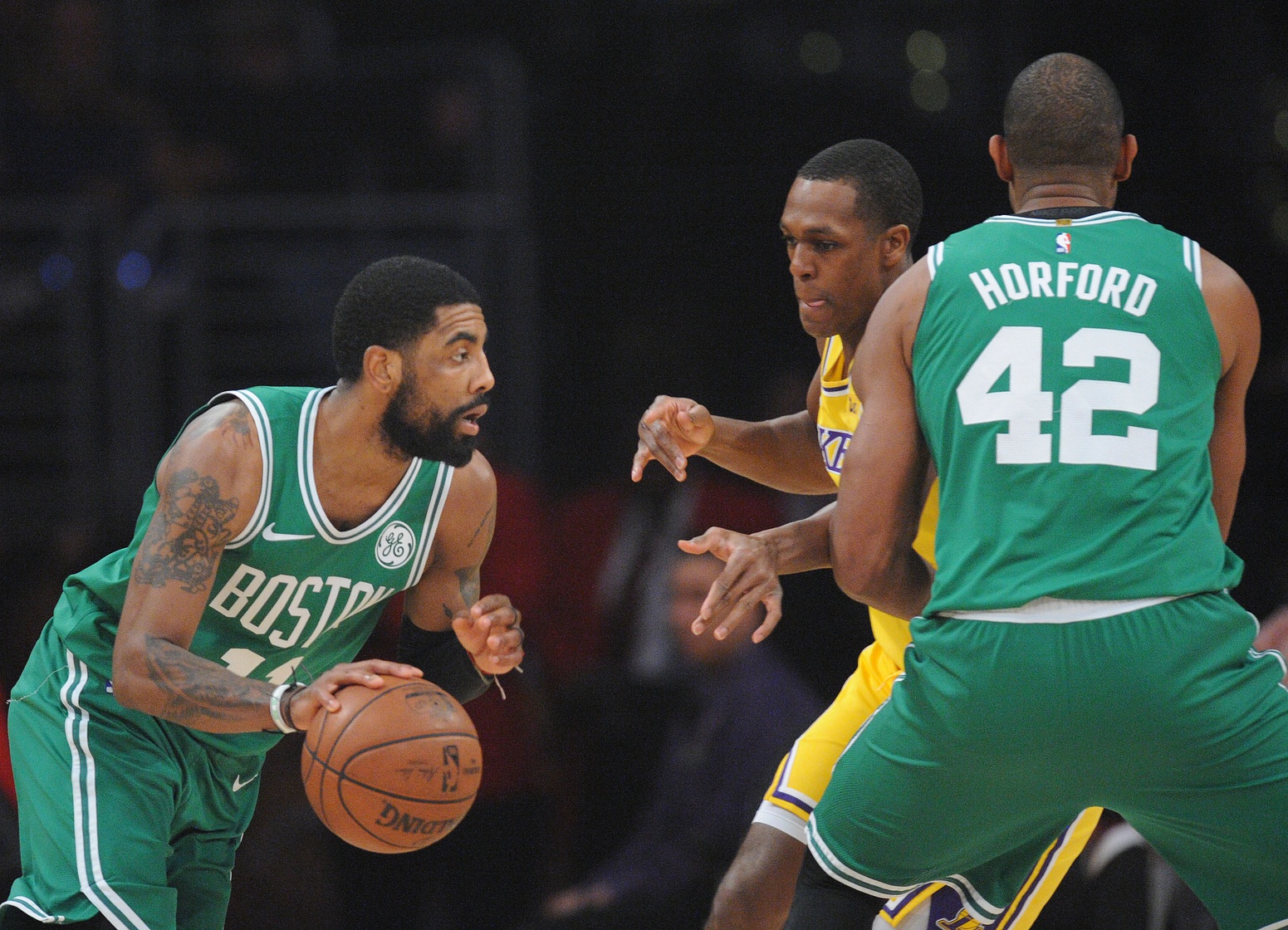 Your Morning Dump... Where Horford seeks a team friendly deal and the Kyrie rumors are flying

Every morning, we compile the links of the day and dump them here highlighting the big storyline. Because there’s nothing quite as satisfying as a good morning dump.

The Celts still have to find out what Al Horford wants to do. The veteran can opt out of the approximately $29 million he has coming next year, and, according to a league source, Horford would like to stay. The source added that he’d take a more team-friendly number for next season if he can get two more years tacked on.

As of now, however, the Celtics have yet to engage in any talks with Horford or his representation.

But I want Al Horford on this team next season and the following year. It’s the third year that might be a waste of money, but that’s the cost of doing business.

Horford’s two-way play and shooting range make him a critical component to the pursuit of Banner 18. The Celtics have done a good job of managing Al’s minutes and that should only continue.

I’m guessing a 3-year deal worth $60 million qualifies as team friendly. How Horford and that contract fits into the roster overhaul remains to be seen.

I believe Plan A is to resign Kyrie and trade for Anthony Davis. Does Horford fit into Plan A? I don’t have a clue.

On Page 2, Kyrie rumors are flying coast to coast.

Yes. From everything I’ve heard, KD and Kyrie are planning on coming to New York. 95% Chance they say! Only potential hiccup is KD changing his mind

As time passes here, I would’ve said that this is impossible for many months. But as time passes here and as the possibility exists that Jason Kidd could be hired as the Lakers coach, I think the possibility of Kyrie and LeBron reuniting — that door, which was deadbolted, has been un-deadbolted and has now been cracked open … It might even be opening more by the day. And I say that just because I think it’s on Kyrie’s radar, it’s on Kyrie’s board. He has had discussions with people about playing for the Lakers.

“Definitely, no question. No question about that,” replied Jackie MacMullan.

Jackie Mac adds that she asked Kyrie point blank about the Lakers rumors 3-4 weeks ago and he laughed her off without answering.

Amid all the media noise and disappointment/chaos surrounding Boston’s season, I still believe Irving’s first choice is to remain with the Celtics.

When the two sides come together, I believe Kyrie will have some requests for the front office regarding personnel. If Danny Ainge and Wyc agree to those requests, then I believe Irving will sign on the dotted line.

Stevens, who has allowed the players to police themselves in the past, swooped in too late to solve the issues. Some players blamed him for integrating Hayward into the starting lineup without giving more regard to the feelings of Jaylen Brown and Jayson Tatum. And a series of players-only meetings, even one before Game 5, according to the team source, did nothing to solve the on-court problems, resulting in that embarrassing 116-91 loss to the Bucks.

Stevens needs to make some calls to get tips on the best coaches. He needs to compile a list of competent coaches who can add wisdom to the staff, tell stories, and serve as a big brother figure to the players. There’s a reason why veteran coaches fill their staffs with other veteran former NBA coaches. Those coaches can reach the players, can sense issues, and also offer advice and discipline.

Upon his departure, I thought Walter McCarty’s impact/role on the Celtics staff was a wee bit exaggerated. Now, not so much. The Celtics need a former player or coaching veteran on the staff ASAP.

Washburn references former Celtic James Posey as a possible candidate and I back him 1,000%.

Herald – Hayward ready to leave this season behind him