Kawhi Leonard: The Prince Who Was Promised 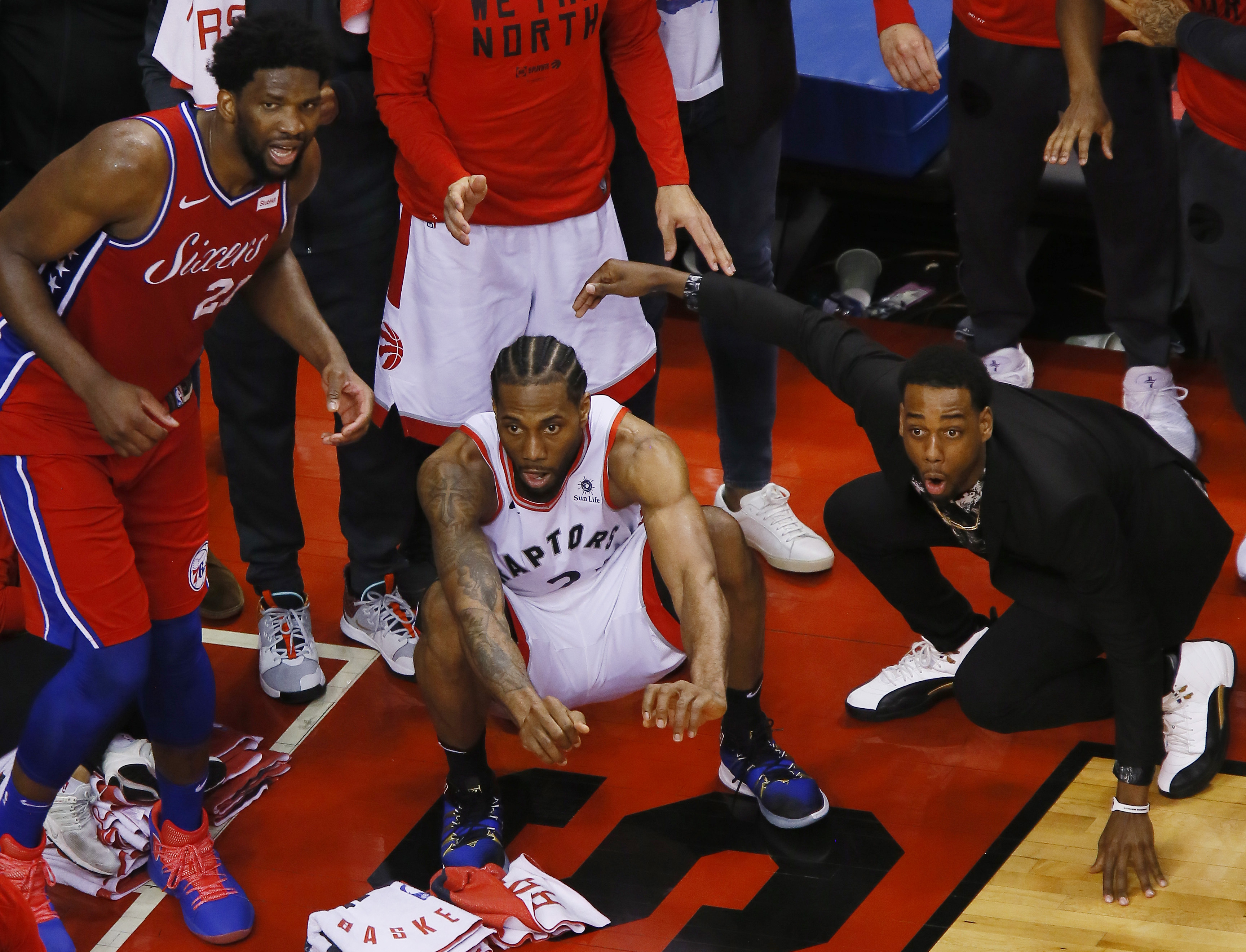 Kawhi Leonard: The Prince Who Was Promised

If you watched Game 7 between the Raptors and the 76ers, then you saw what Kawhi Leonard did at the end of the buzzer. The 76ers fought hard to get back into the game. This game was a grind, and both teams held each other to under 100. There was a Jimmy Butler layup to tie the game. At that moment, one could assume that the series was going to overtime. What do we say to overtime in a Game 7? Not today.

Kawhi Leonard has hit the most clutch shot in Raptors franchise history. That is an indisputable fact.  Leonard has shouldered the offensive burden throughout this series, scoring 41 points in Game 7 alone. On a day where the game slowed down and the offense grew stagnant, Leonard came up big when it mattered most. He may have missed a free throw, but he ended up hitting an amazing game winner.

When it comes to Toronto playoffs, fans have been used to seeing mediocrity. The franchise has been to the Eastern Conference Finals once in their history, losing to the Lebron James Cavaliers in 6. They have watched their stars dim their light under the intense atmosphere of the playoffs. The franchise was viewed as unappealing, and some stars refused to play there. Tracy McGrady left to Orlando. Vince Carter forced a trade. Bosh left to form a super team. DeMar was traded because he wasn’t good enough. Toronto has seen stars come and go. None of them could get the Raptors what the team needed. A championship.

Kawhi Leonard may have single handedly changed the narrative on Toronto. In past years, the Raptors’s ceiling was a 2nd round sweep. In this era of superteams, one can only cringe imagining DeRozan going up against some of the teams in the Eastern Conference this year. Kawhi Leonard has vindicated past playoffs failures. Past teams would be afraid to take on superstars and match them shot for shot. Instead of using someone as an excuse for losses, Kawhi Leonard took it upon himself to will the Raptors to the next round. On days where his supporting cast didn’t show he up, he got them through those games. Leonard has already made a connection with the city itself, by showing Toronto what winning basketball looks like.

Ibaka on The Shot: "Oh man. That was incredible. I don't know what to say. I used to play with Russell and KD, I saw a lot of crazy shots, but this one, in the moment too, this one was unbelievable."

Masai Ujiri has brought together the best squad in Raptors history. All the guys have the accolades. Only two have the biggest one of them all: a championship. In the past, the Raptors have not had a star that has been there before. Leonard has not only done that, but won a Finals MVP against the best SF of all time (not even debatable at this point). After years of heartbreak, the Raptors have this chance at redemption.

Ujiri has rebuilt this squad in his image. A squad of proven winners. Every single trade that Ujiri has made has had a purpose. Marc Gasol was brought in for this 76ers series. Green was brought in because of the lack of a 3 and D wing and to match salaries. At the heart of this is Kawhi Leonard. Leonard has brought a winning and focused mentality to the Raptors, and they have allowed him to be a superstar beyond the confines of the Spurs system. Leonard nursed his way back from a quad injury to lead this squad with his mentality and his game. Load management has paid its dividends. 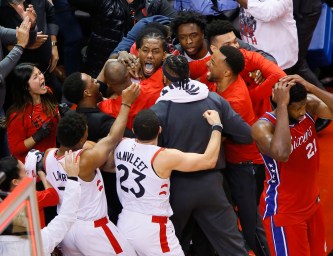 Leonard has lead this squad with his mentality and his actions. The Raptors have been afraid of the playoffs for years, and this time they have been vindicate. They will surely have an easier series against the Bucks, simply because they will have the experience of dealing with a bigger and longer team. Leonard is a one-man wrecking crew, able to take over a series. A perfect complement for the Raptors who needed someone who could win, and who could score when it mattered most. Leonard has provided that and more. He is the Prince Who Was Promised for the Raptors: someone who delivered them from the playoff darkness, and had shouldered the team’s scoring burden.

Leonard proved to the world that he is a top 3 player. Now, can he dominate the Bucks the same way? That remains to be seen. The Bucks have more rest and a superstar of their own. They have home court advantage. However if someone has learned anything this post season, is that these are the all-new Raptors,  and they’re here to play. Don’t count the Mammoth out. Kawhi Leonard is a one man wrecking ball, and the Raptors have unleashed the superstar that has been in him since the Spurs days. The Raptors just took the safety valve off and threw him into the fold. Kawhi Leonard is coming, and no one should count this man and his team out.