Kevin Durant reportedly out for Game 1 of Western Conference Finals, unlikely for Game 2 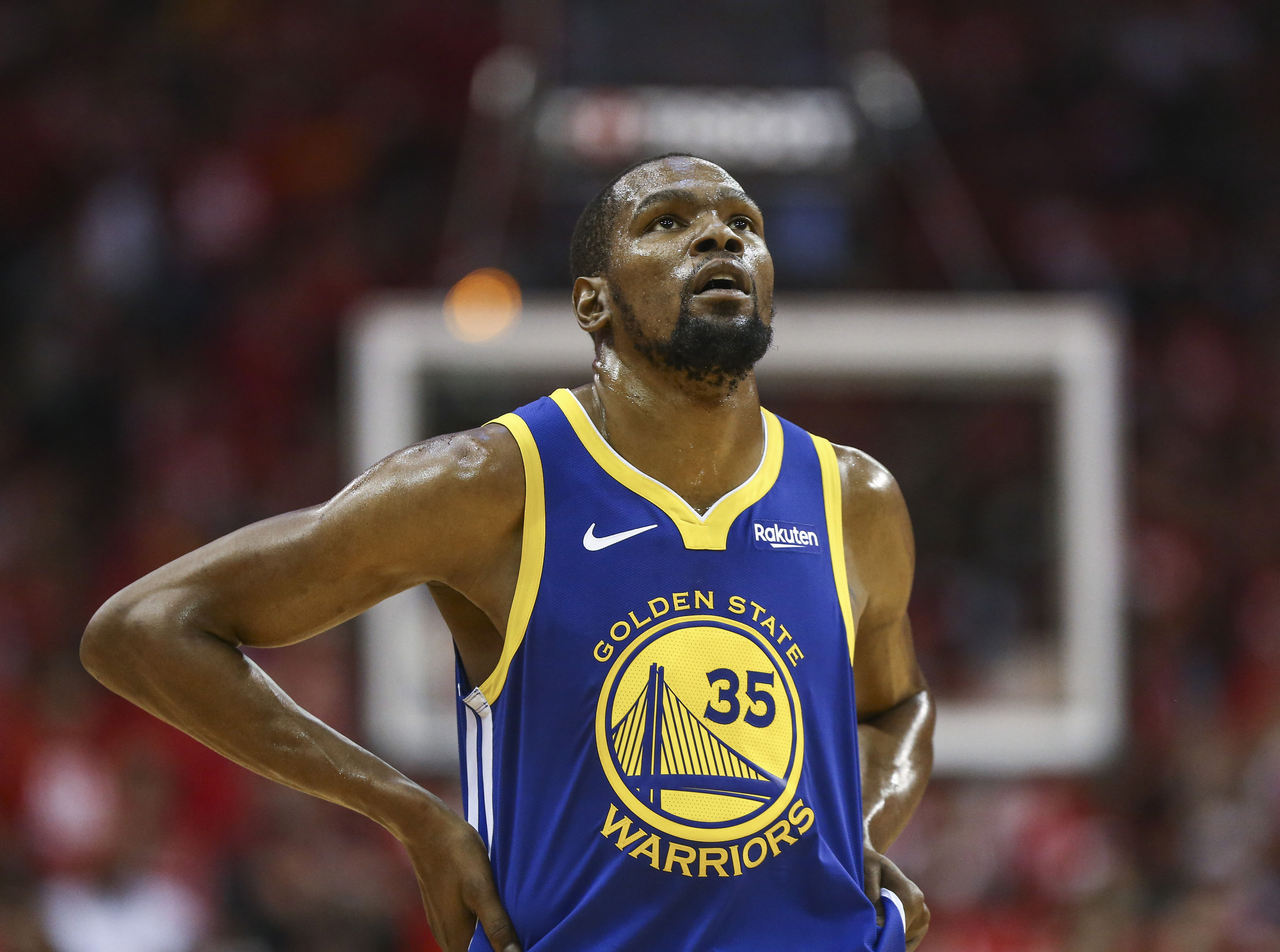 Kevin Durant reportedly out for Game 1 of Western Conference Finals, unlikely for Game 2

The Portland Trail Blazers might not have a better chance to get ahead in the series against Golden State than in Games 1 and 2.

As ESPN’s Ramona Shelburne reported on Monday, Warriors forward Kevin Durant (calf) is out at least Game 1 of the Western Conference Finals on Tuesday, and it’s unlikely he plays Game 2 on Thursday either.

Kevin Durant is out for at least Game 1 of the WCF, source tells ESPN. He’s not being re-evaluated until Thursday so it’s “unlikely “ he plays Game 2 either.

Durant suffered the calf injury in the third quarter of last Wednesday’s Game 5 win over the Houston Rockets. He averaged 27.7 points in the series against the Rockets and is averaging 34.2 points for the postseason.

Golden State was able to close out the series against Houston without the services of Durant in Game 6 last Friday thanks in large part to the efforts of Stephen Curry and Klay Thompson. It will be interesting to see if Curry and Thompson can answer the call once again without their superstar teammate.