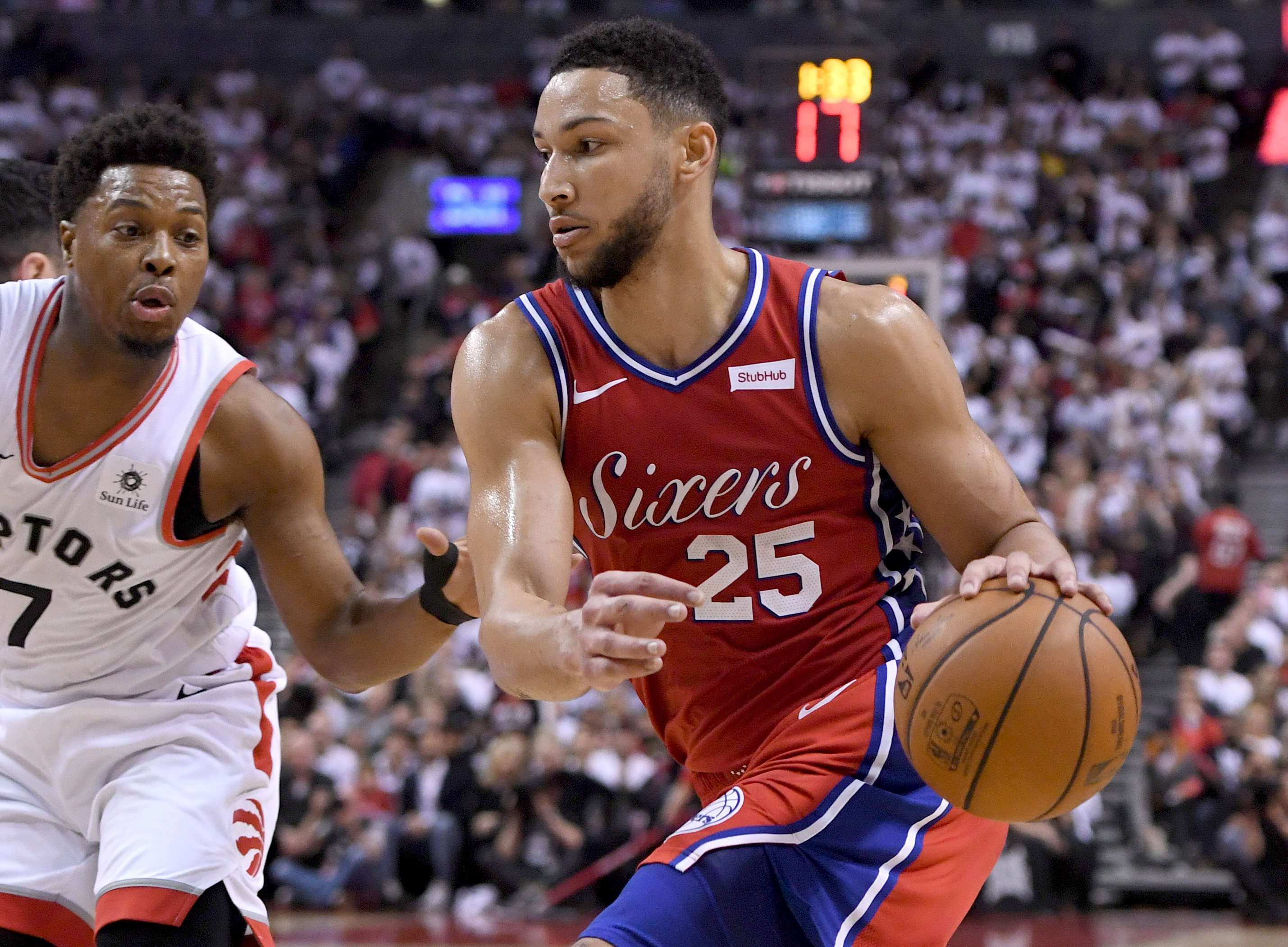 On Sunday night, the Philadelphia 76ers’ season came to an excruciating end as Toronto Raptors superstar forward Kawhi Leonard sunk a game-winning fadeaway jumper at the buzzer in Game 7 of the Eastern Conference semifinals.

The Sixers, who made two blockbuster trades during the regular season for pending free agents Jimmy Butler and Tobias Harris, to get this point. Now have a few questions to ask about the team’s immediate future.

Among the questions that will be pondered is where does second-year point guard Ben Simmons fit in the Sixers’ long-term plans?

The reigning Rookie of the Year award winner had an impressive sophomore season, which led to his first All-Star game appearance but had moments where he faded away in the NBA Playoffs.

Even though Simmons struggled early in the Raptors’ series, he did put together two excellent performances in Games 6 and 7, leaving fans wanting more of that for next season.

However, there’s a slight possibility that the 22-year-old point guard could be playing elsewhere next season.

According to Tom Haberstroh of NBC Sports, a Western Conference executive mentioned to him that the Sixers might explore moving Simmons in a potential trade for Los Angeles Lakers superstar forward LeBron James.

While this idea might sound crazy on paper since James is 34-years-old and Simmons is still developing his game, Haberstroh mentioned how some league executives believe that Simmons’ inability to shoot is not just a flaw.

“For some league executives across in the NBA, this is not just a flaw in his game; it’s a sign that he isn’t serious about improvement. This was the one thing that he had to work on this past summer, the one skill he lacked in the sport. How can someone be so talented and yet so limited in this vital area of the game?”

Haberstroh went on to explain that if the Lakers plan to rebuild, then they should consider trading James, especially if it’s for a player like Simmons.

But the NBA scribe also added that the Sixers would run into financial issues trying to add a player like James, who is owed $37.1 million in 2020-21.

Nevertheless, it would be an utter surprise to see either player moved this offseason. While Simmons does have his shortcomings, he is still only 22-year-old and has immense talent.

It would be foolish for the Sixers’ front office brass to give up one of their two young star players for at max, maybe two good years of James.

Therefore, they should keep hope alive that Simmons works on his offensive game more this offseason and build around the core that they put together this season.