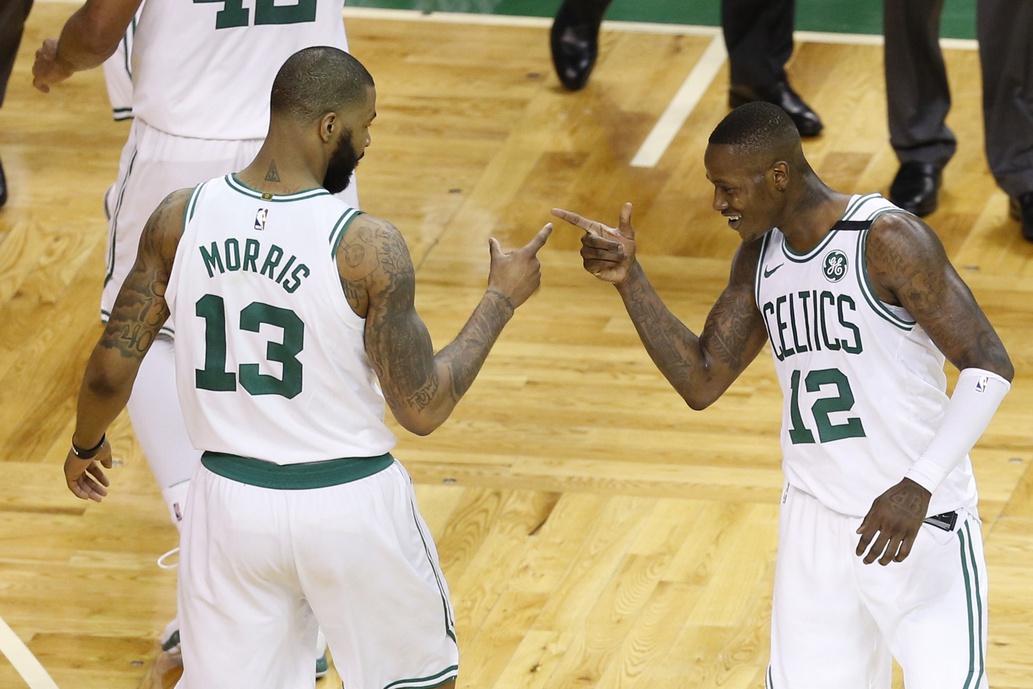 Multiple league sources tell NBC Sports Boston that the Knicks, a team with plenty of roster holes to fill this offseason, have interest in at least two other Celtics players besides Irving — Marcus Morris and Terry Rozier — who like Irving, will be free agents this summer.

And while Irving is the bigger priority for New York, if the Knicks are able to land the No. 1 overall pick and package that in a trade for Anthony Davis while also securing Kevin Durant via free agency from Golden State, that would take them more or less out of the hunt for signing Irving and force them to potentially swing a deal for a less-established playmaker like ex-Celtic Rajon Rondo or a young player with upside… a player like Rozier.

Sherrod speculates on Rozier’s value, saying he’s unsure Terry will fetch a contract near the $12 million AAV he rejected from Boston last fall.

I’m 95% ready to move on from the erratic Rozier. But if Irving bolts, the pickings for affordable PGs are slim. I’d love to have Isaiah Thomas back, provided he recovers his quickness. I could also envision Rajon Rondo dishing the ball to Jayson Tatum and Jaylen Brown. If Rozier can be had on the cheap ($9 million annually?), then I’d give it consideration.

The price tag for Morris remains to be seen, but it’s fair to expect that he will at least double (and likely triple) his $5.375 million salary from this past season.

Boston will try and find a way to keep Morris in the fold this summer, but he’s likely to get a bigger-money offer from another team.

I really want Morris to stick around for a few more years but not at 3 years, $45 million.