Your Morning Dump... Where Kawhi Leonard's success reminds us of Kyrie Irving's failure 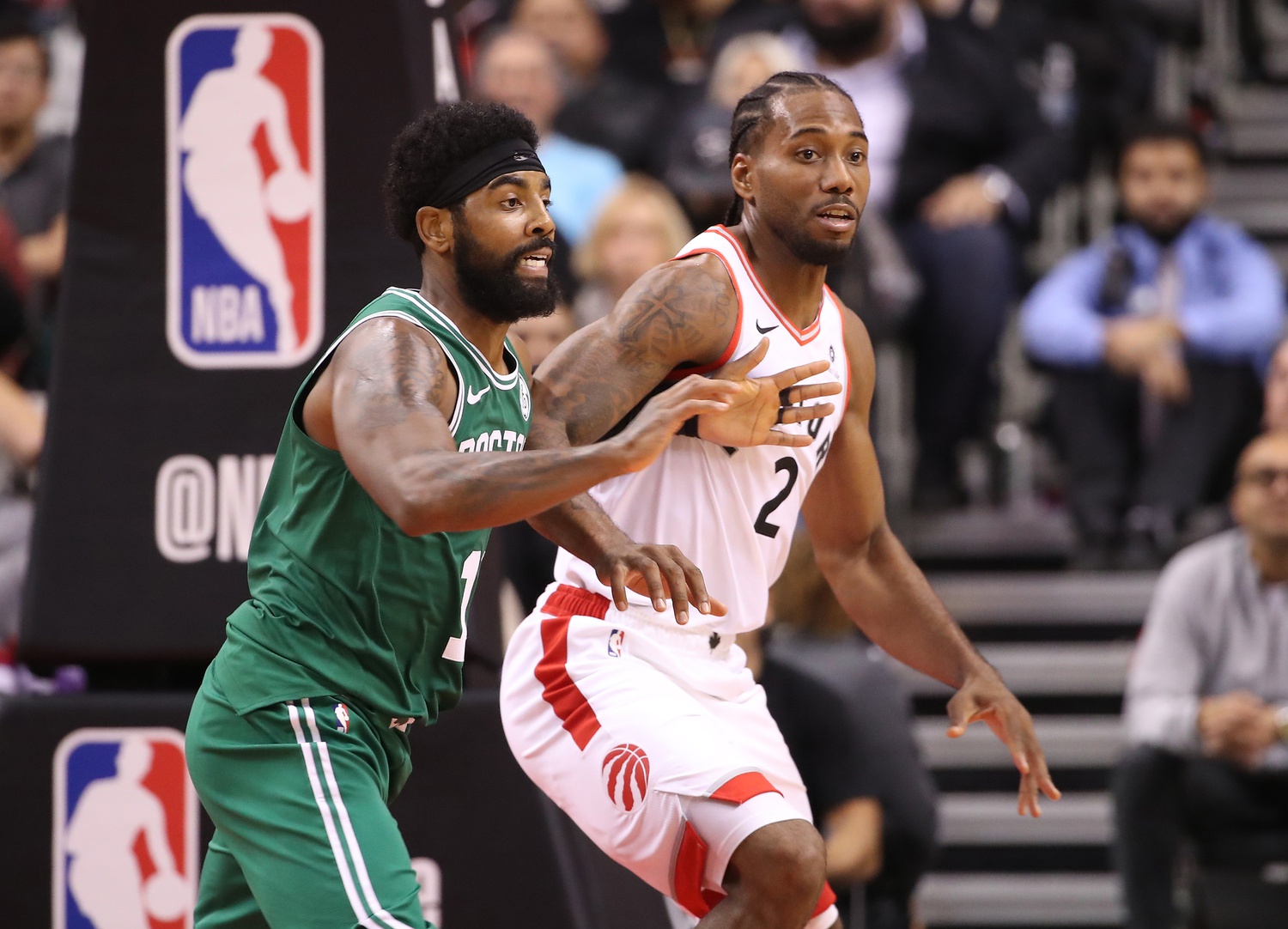 Your Morning Dump... Where Kawhi Leonard's success reminds us of Kyrie Irving's failure

Every morning, we compile the links of the day and dump them here highlighting the big storyline. Because there’s nothing quite as satisfying as a good morning dump.

Kawhi Leonard drops in the #TissotBuzzerBeater to lift the @Raptors to the Game 7 win! #ThisIsYourTime #WeTheNorth pic.twitter.com/bpRx7GXiKu

I’m happy for the fans of Toronto. They deserve this moment. Not to mention, I’ll always celebrate a soul-crushing Sixers’ loss.

Kawhi Leonard is the man. He’s living up to all expectations and carrying this Raptors team through the playoffs.

I’ll be honest, I’m a bit jealous. Celtics fans had similar expectations of their team and superstar. Toronto fans and media are well aware. I discovered this column in the Toronto Globe and Mail:

Like the Raptors, the Celtics were all in this year. They have an elite star, which is the NBA prerequisite for being all in. Unfortunately, their elite star is a bit of a wingnut…

Utilizing a slow, season-long trickle of passive-aggressive comments directed at teammates and an inability to take any responsibility beyond chucking up 50 jumpers a night, Irving undid the Celtics. They were just steamrolled by the Milwaukee Bucks. Not beaten. Flattened like hot asphalt…

Some nights, it looks as though Leonard doesn’t care very much what anyone is doing around him. He is that self-contained. Irving has a bad tendency to stop in the middle of the court and ogle or eye-pierce teammates after they’ve screwed something up…

That’s why you went out and bet everything on him. Not just because he’s a good basketball player – there are plenty of those. But because he isn’t touched by whatever nonsense is going on around him. That is a truly special skill. It’s a greater indicator of future success than talent.

Back in Boston, they haven’t learned that lesson. Irving will be a free agent in a few weeks and the Celtics are on record saying they want him back. You feel for them. Without Irving, a team built to win becomes a team stuck in the middle, at least for the short term.

To be fair, Irving isn’t in the same class as Leonard. Kawhi is a top-5 player, where Irving falls in the 12-15 range. But I get the point about attitude and demeanor.

Raptors fans and media might be singing a different tune come July when Leonard takes his talents to Los Angeles.

In other news, the league holds the draft lottery on Tuesday night. It’s a big night for the Celtics organization as the team will learn the fate of the Sacramento and Memphis picks.