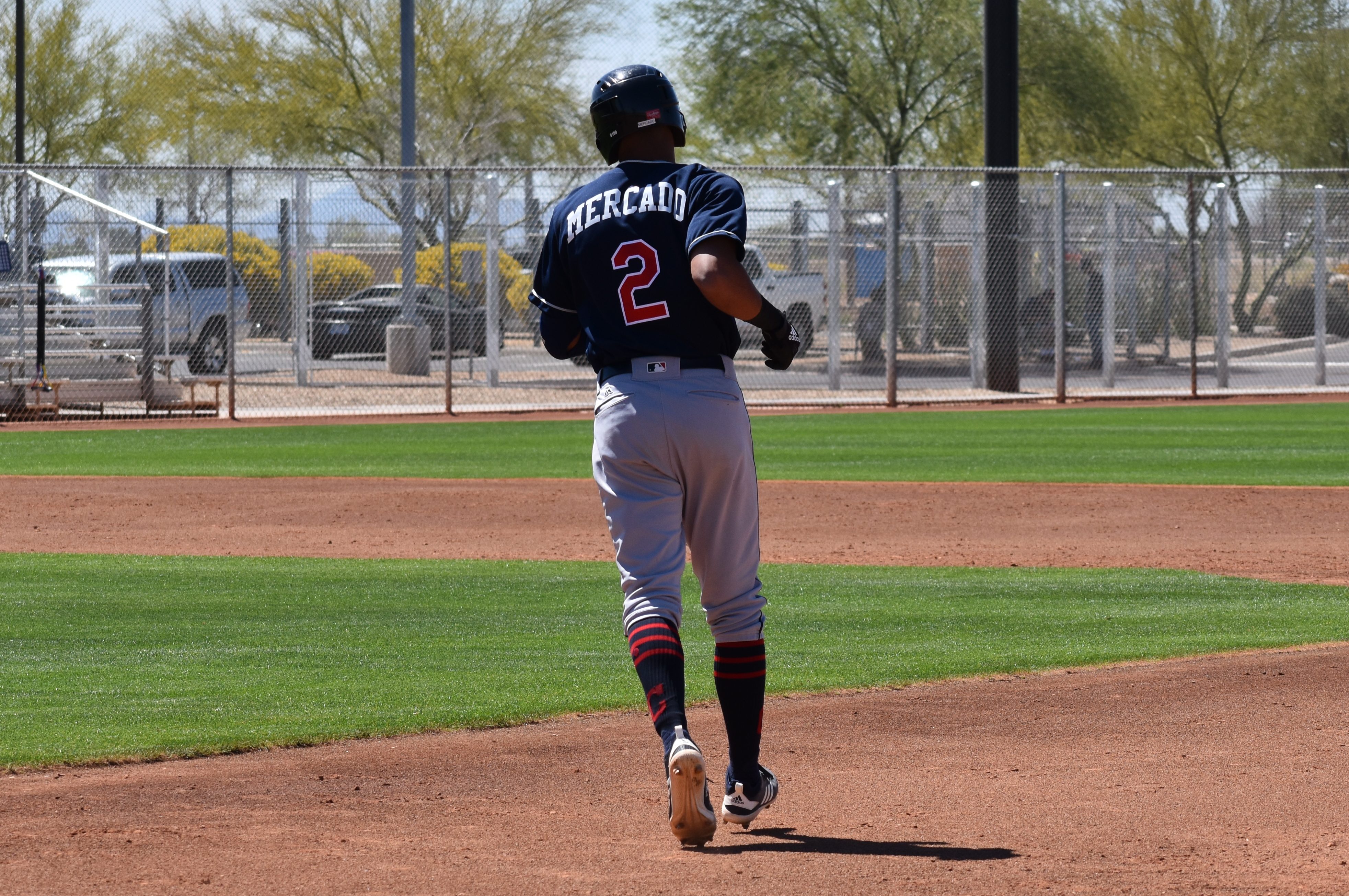 It was a busy week in Columbus for the Clippers, and there is quite a bit of news to report. The pitching rotation has been shaken up and the big bats are really slugging the ball. But all of that took a back seat to the Indians Monday night call-up of center fielder Oscar Mercado. As the Indians’ offense sinks deeper and deeper into the abyss, the clamoring for Mercado to join the team has only gotten louder. It took a Tyler Naquin injury for the call to come.

Mercado joins a Tribe outfield that is really struggling at the plate. Mercado has played well with Columbus this season, although he’s cooled off a bit recently. For the season with AAA, he’s hitting .294 with 4 HR and 10 doubles. He’s stolen 14 bases and scored 24 runs in 30 games. Mercado should provide a spark for the Indians, but it is premature to hail him as the savior of this anemic offense. Mercado was still striking out a lot with the Clippers (32 K’s in 119 AB’s), and was hitting only .244 in his last ten games. He may not be the offensive juggernaut everyone is hoping he will be, but he should be an upgrade from the stinker of an OF offense the Indians have been running out there so far this season (although at this point the Sandlot’s outfield of child actors could also provide an upgrade over the Indians outfield). Mercado should shine on the base paths and in the outfield. And as a right-handed bat and a centerfielder, he can offer Leonys Martin relief against left-handed pitching (Martin is hitting .167 against southpaws).

Fans should probably temper their expectations for Mercado, but here’s hoping he can provide a spark and find success at the major league level. He’s been a treat to watch in Columbus, but with any luck the kid won’t look back as he begins his major league career.

Meanwhile. . .back in Columbus, Indians first baseman Bobby Bradley is hitting .390 with 4 HR and 11 RBI in his last 10 games. Bradley has really come on over the past few weeks and he is hitting for both average and power. For the season, he’s hitting .306, with 7 HR, 12 doubles, and 21 RBI. Bradley is still striking out at a high rate – he has 44 strikeouts in 121 at-bats (compared to 10 walks on the season) – but he is picking good pitches to hit and making the type of contact that shows why he is a top Indians prospect. Last year in AA, Bradley got off to a miserable start at the plate, and hit .214 in 97 games with the Akron Rubberducks. His rise in batting average this season is great to see, and it does not seem to be coming at the cost of his power. If the Indians continue to struggle, they could look to Bradley before season’s end to provide some power in the middle of that line-up.

Speaking of power bats, catcher Eric Haase keeps providing the Clippers with some thump in the middle of the line-up. The backstop has 9 HR in 25 games this season. Haase is now hitting .221 and is still striking out a ton. But in addition to Bradley, one has to wonder if Haase could get the call-up if the Indians come looking internally for offensive options as the season progresses. Haase is likely to offer more offense – definitely more power – than either Roberto Perez or Kevin Plawecki. But the Indians don’t have much catching depth in their system, so it is more likely that Haase’s name gets called only if injury strikes one of the major league catchers. Until then, he’ll continue to provide pop for the Clippers’ lineup.

Speaking of depth, the Indians suddenly found themselves lacking in the starting pitching department when both Corey Kluber and Mike Clevinger landed on the injured list. One of those two spots has been filled admirably by Jefry Rodriguez. According to Terry Francona, Rodriguez has earned the chance to stay with the major league club this season. But the Tribe has been scuffling to find someone to fill that fifth spot in the rotation, which may help explain some of the May roster shuffling that went on this past week. Adam Plutko, last year’s sixth starter for the Tribe, returned to Columbus from extended spring training after suffering a forearm strain to start the season. The timing of the injury could not have been worse for Plutko, as the Indians’ usual pitching depth kept him from a chance to earn a spot on the major league rotation until now. Ideally, Pluko would have a short stint in Columbus and then slip in to the Tribe’s fifth spot in a week or two. But Plutko still has some work to do before he gets there. In two starts with the Clippers, he’s 0-2 with a 10.13 ERA. If Plutko is fully healthy, he should be able to work out the kinks and provide the Indians with some pitching relief. In 2018 with Columbus he went 7-3 with a 1.70 ERA. He does not have much left to prove in the minors, which makes one hope that he is fully healthy and just needs to knock the rust off with a few more AAA starts.

Another interesting move by the Tribe this week was the promotion of pitcher Zach Plesac. Through six starts with AA Akron this season, Plesac went 1-1 with a 0.96 ERA and a 0.78 WHIP. On Saturday he started for the Clippers against Syracuse and earned the win, giving up four hits and a walk in six IP, while striking out 7 and not giving up a run. Plesac was the star of Akron’s starting pitching staff this season before his promotion. As has been discussed in this column before, the starting pitching in Columbus – save for Rodriguez – did not offer the Indians too many exciting options when Kluber followed Clevinger to the IL. It’s no secret that the starting pitching prospects in Akron offer much more upside than the staff in Columbus, so this early season promotion of Plesac may be the first step in grooming him for a chance in Cleveland sometime this season. It will be interesting to watch how he develops in Columbus now that he’s here.

And speaking of grooming pitchers for call-ups to the majors – the James Karinchak AAA watch continues. Last week he pitched another scoreless inning. He did give up two hits in that inning, but worked out of it with two strikeouts. Those paying attention believe it is only a matter of time before he is given the chance to set the table for Brad Hand in the seventh or eighth inning of major league games.

For the week, the Clippers went 2-3 during their homestead, with one rainout. They took one of two from Charlotte, and lost two of three against Syracuse. But the roster developments promise lots of intrigue and excitement as the season deepens into the summer.