Now Healthy, Aaron Civale is Back in Quackron 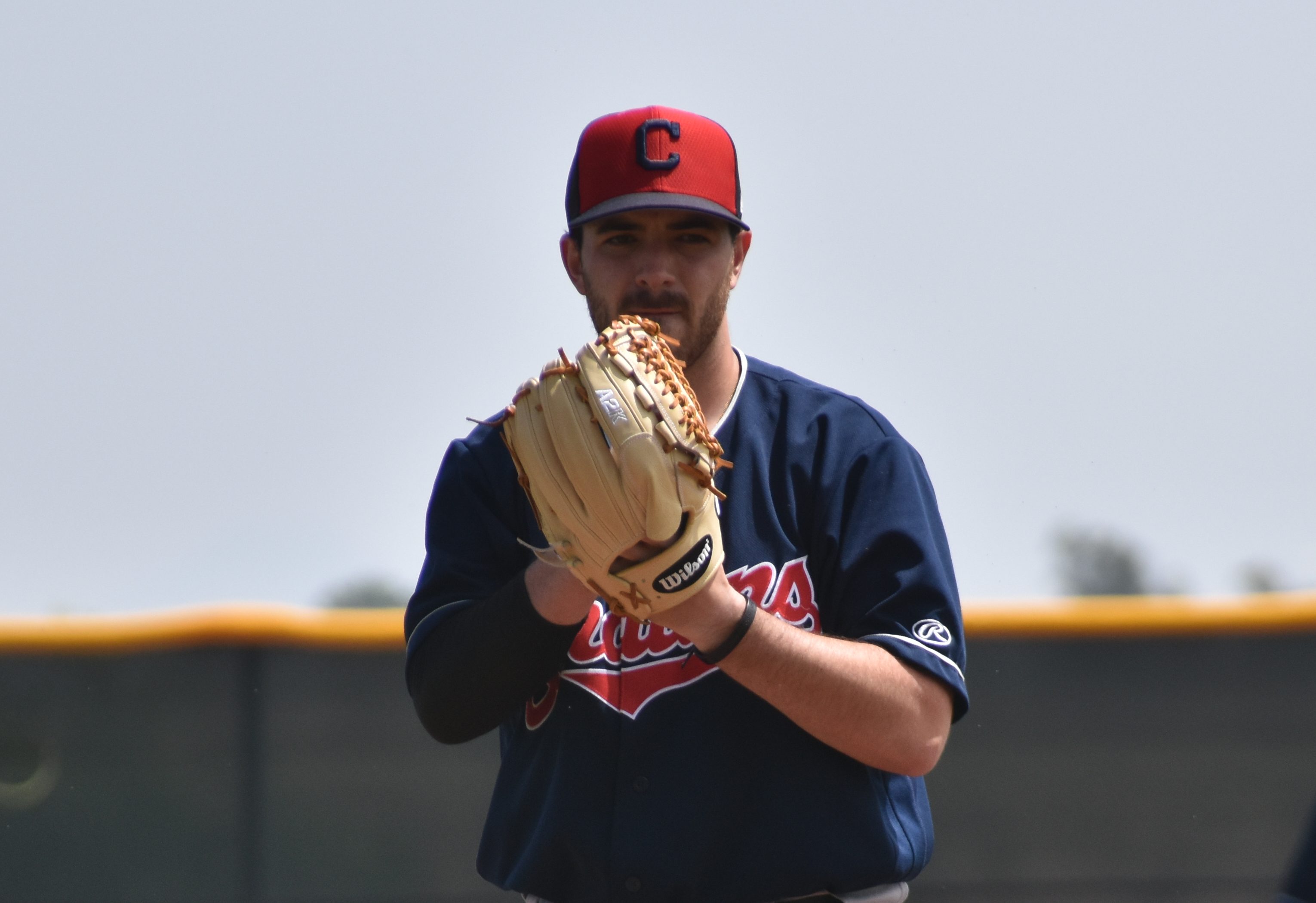 Now Healthy, Aaron Civale is Back in Quackron

One of the biggest benefits of Extended Spring Training is that it allows those players who are starting the season late due to injury a chance to not only rehab, but play in actual games against minor league talent that may be a little below their typical opponents. For Aaron Civale, it was just what he needed to get back on track.

Civale has been one of the Indians’ most consistently reliable minor league starters since being drafted out of Northeaster University in 2016. He had pitched over 100 innings in each of the last two seasons in addition to making 13 starts in his rookie campaign in Mahoning Valley, but he had a late start to 2019 due to injury.

Beginning in Goodyear, Arizona, I was able to see Civale make three starts, each more dominant than the next. By the end he had worked to a five inning appearance and had struck out 19 in 12 innings with 7 hits allowed. During this span, he walked just one and allowed just one earned run.

On May 11th, Civale returned healthy to the Akron Rubberducks where he made his first official start of 2019 against the Reading Fightin Phils. Again he went five innings, although his strike outs were reduced to zero as he became a fly ball pitcher, whose only extra base hit allowed among his five given up was a two run home run that accounted for all of Reading’s offense. He walked two, which was slightly out of character, but fully acceptable for one just returning from the injured list.

Speaking of that control, Civale currently has a 1.3 BB/9 in 313.2 minor league innings and was selected as one of the top five best command arms in all of minor league baseball by Baseball America in 2018. His immediate success in short season ball lead to a quick promotion to Lake County in 2017 and another mid-season move to Lynchburg after just 10 starts in A ball. Once in high A, Civale was named Carolina League pitcher of the month for August. His 2.59 ERA and 88/9 K/BB rate were plenty to justify the 23 year old starting the 2018 season in Akron.

The jump from high A to AA is generally considered the biggest in baseball, and it isn’t surprising that Civale’s production fell off. His walk rate increased significantly (from below 1.0 to 1.8) and his strike out rate declined.

In extended, the 16-20 year olds destined for leagues between the Dominican Summer League and Short Season didn’t stand a chance against the more advanced Civale. He consistently threw strikes, keeping the opposition aggressive, and while his velocity on his fastball isn’t great, the separation of speed between his pitches was enough to keep everyone off balance. For a player in rookie ball, Civale’s curve may have been thrown by Trevor Bauer.

Now that he is in Akron again, he will have to continue to use his mastery of control to keep hitters aggressive against his off-speed stuff, so they can’t just wait for the fastball. Right now the Indians have a drastic need for starters who can simply go out and throw five or more innings and there is no reason that Civale can’t be greatly successful in AA this time around.

The future for Civale isn’t as apparent. The Indians seem to have a love/hate relationship with players of his type. The left handed Sean Brady, who was a low velocity tosser who relied on breaking pitches to get batters to mishit rather than swing and miss was just released. However, to this point the Indians continue to give chances to Adam Plutko and they certainly stuck around with Josh Tomlin as long as possible.

Civale will never be a Major League ace, but he certainly has the talent to be a #4 on most teams or a #5 on the Indians. Had he started the season on schedule, there is a strong argument that he’d already be in AAA considering all the injuries that have occurred in recent weeks.

While he has been delayed, chances are Civale will hit AAA at some point this year and should compete for a rotational spot in 2020, especially if the trade rumors around Trevor Bauer and/or Corey Kluber restart. No matter what the roster composition in 2020, there will almost certainly be a time of need and Civale should be ready to go when that happens. Having another consistent starter in AAA could allow the Indians to experiment in the bullpen with players like Cody Anderson and Jefry Rodriguez. While these players may be best suited for a short inning role, Civale should remain in the rotation where he can make the most of his great control and solid repertoire.