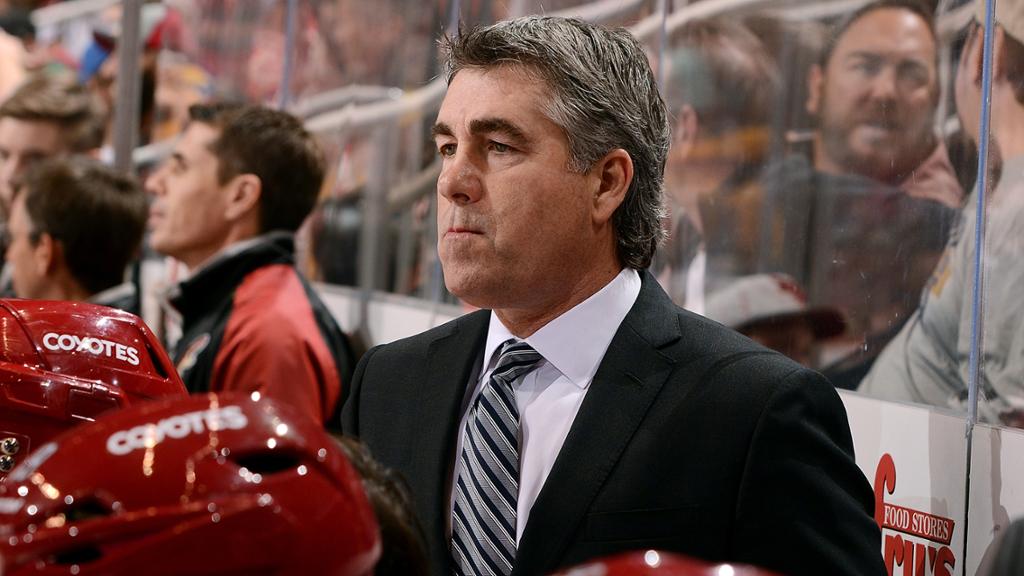 The first move that new President of Hockey Operations and GM Ken Holland made was to formally move on from interim Head Coach Ken Hitchcock. That means his first hire is going to be the next coach of tAdd Newhe Edmonton Oilers, a job that has been a revolving door since Craig MacTavish left following the 2008-09 season.

We’ve heard a number of names discussed to this point, but the one we’ve heard most consistently is that of Dave Tippett. The veteran bench boss is looking to get back in the game and the Oilers are likely looking for a veteran to guide this group back to the postseason as soon as possible. Is there a fit here?

Arizona was a disaster defensively and saw their possession metrics sink en route to a 30-42-10 record. Tippett hasn’t been seen in the NHL since then, while the Coyotes continue to toil at the bottom of the league standings.

The team wasn’t good in Arizona, but after five straight seasons out of the playoffs the club had little choice but to make a change behind the bench.

Tippett always seemed to get more out of his teams than was expected. Things went very poorly in his final three seasons, but the Coyotes entered a rebuild and sold off almost all of the key pieces from their run to the 2012 Western Conference Final. With his core pieces all traded or in decline, Tippett’s roster simply wasn’t good enough to compete in the NHL.

Tippett is a defensive coach whose teams always play a strong system. He believes in doing all the little things right and playing a strong team game. Tippett’s teams were never outstanding offensively and never broke any kinds of records, but they were almost always solid.

I know people don’t think he’d be a good fit for Edmonton because he’s a defensive coach, but Tippett never held his offensive stars back. Yes, he wanted them to play both ways, but Mike Modano never suffered because of the system he played.

Besides, after Leon Draisaitl, Connor McDavid and Ryan Nugent-Hopkins, the Oilers don’t have many offensive weapons. I suspect Holland adds some skill this summer, but most of his additions will be in the Kirk Maltby/Dan Cleary mold. Tippett thrives with players like that.

In the end, he might actually be a fit for a team that will have to play a tight and responsible game to win on a nightly basis.

If you want a veteran coach in Edmonton, there likely isn’t going to be a better option than Tippett. He’s had more success than failure in the league, and was known for getting more than expected out of his teams in Arizona. Outside of the top weapons, the Oilers aren’t going to be a flashy team. That grind it out style is likely going to be how this team has to play to win in 2019-20.

I’ve had multiple people tell me that Tippett is a smart man as well, and is willing to learn. He’s been out of the game since the spring of 2017 and has had two seasons to watch the changes in this league from afar. I have a hard time believing that he is stubborn enough to not change anything while having time to watch and reflect.

Tippett is not a perfect candidate, in fact he isn’t even my top choice. That said, it is my belief that he will be the next coach of the Edmonton Oilers if the Buffalo Sabres elect to not start a bidding war for his services. There are positives to the veteran bench boss, and he might just be a good fit for this club.