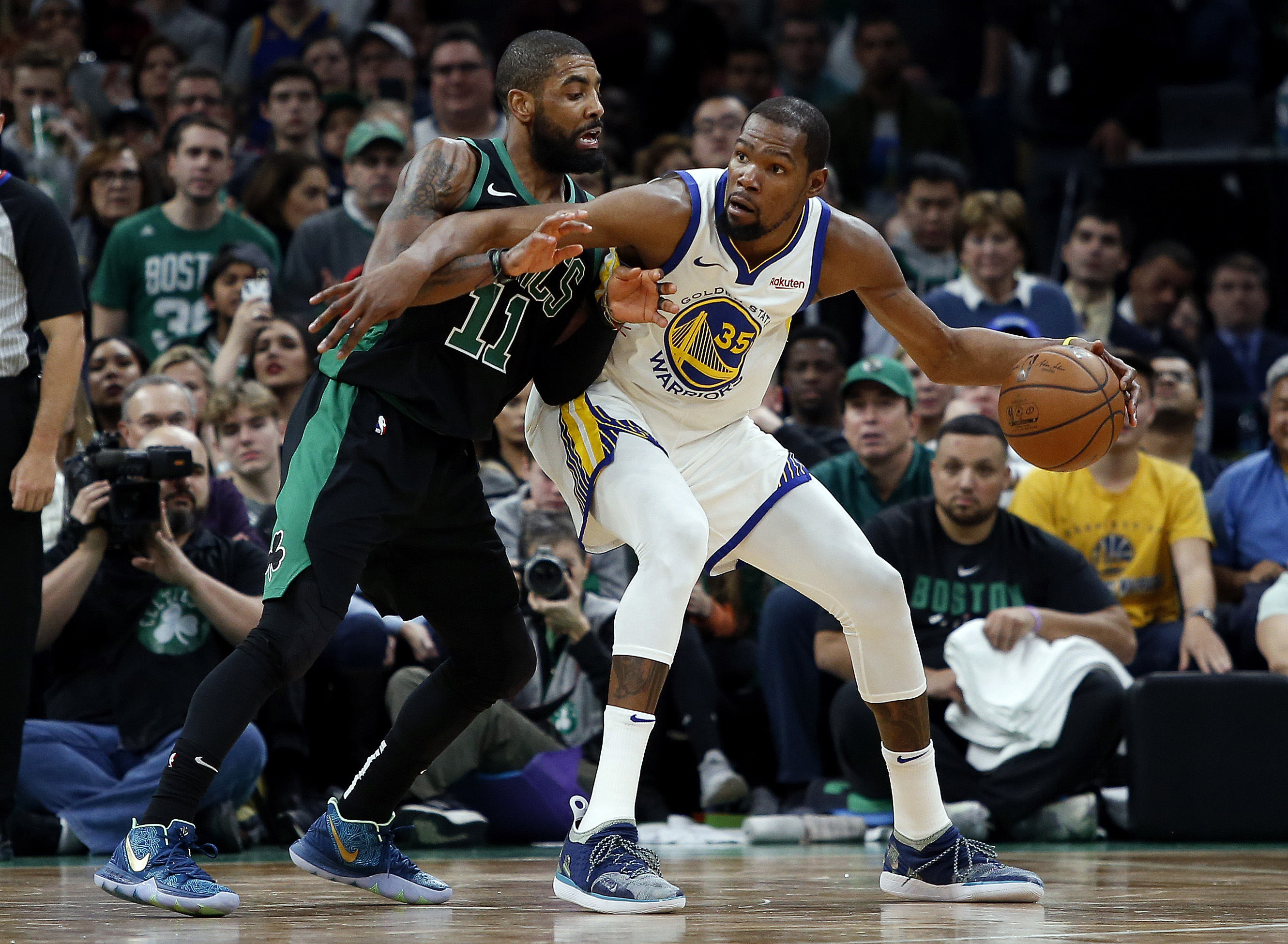 ESPN’s Stephen A. Smith is so sure that Kevin Durant and Kyrie Irving will join the Knicks this summer, he’s willing to put a percentage on it.

That percentage is 95. Talk about a sure thing.

Smith tweeted on Saturday that Durant and Irving plan to leave their respective teams this summer to come to New York, and he doubled down on that statement on Monday’s episode of ESPN’s First Take while also dispelling rumors that Irving might join LeBron James in Los Angeles with the Lakers.

From what I've heard, there is "no way in hell" Kyrie Irving is going to the Lakers. pic.twitter.com/YsfLtaDZcI

The only possible wrench in those plans, according to Smith, is if Durant were to change his mind. Both Irving and Durant have player options for next season, but the consensus feeling around the NBA is that both will opt to become free agents.

Knicks fans are already on edge about the possibility of landing the No. 1 overall pick in Tuesday night’s draft lottery. To think that they might be able to get two superstars as well will only get their hopes up even more. Regardless of what happens, the Knicks have a lot of pressure coming their way.