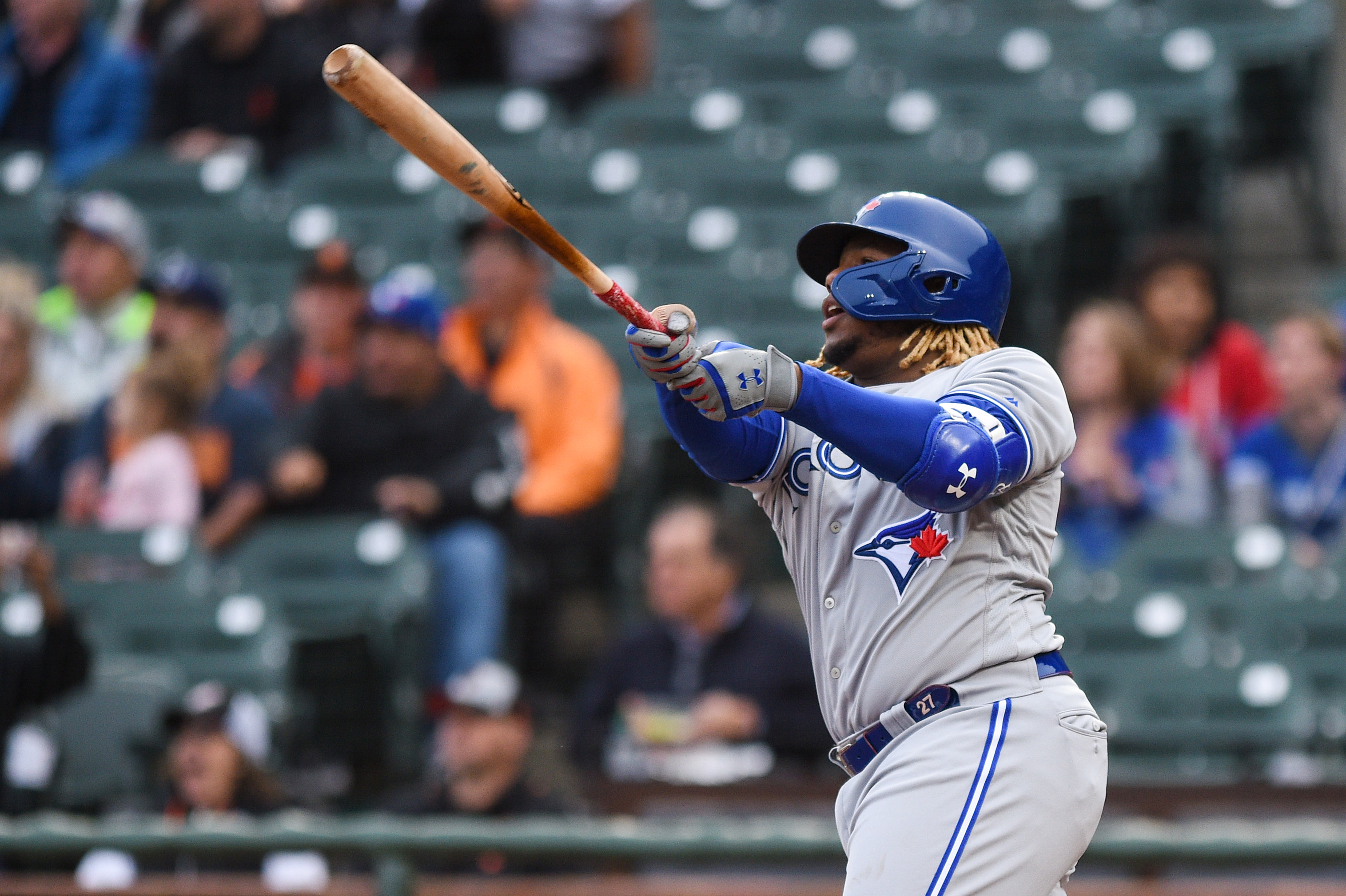 It was only a matter of time until Vladimir Guerrero Jr. showed the world how powerful he could be on a big stage. Finally, it has happened, and are are all witnesses.

In his 14th major league game (and 48th at-bat) Guerrero hit an absolute bomb against the Giants to center field. Oracle Park could barely hold it, as the 438-foot shot soared through the air right when it jumped off of Guerrero’s bat.

You'll never forget where you were for this one!#LetsGoBlueJays pic.twitter.com/ZeuDRgHXi2

Prior to hitting that home run, Guerrero was hitting .191/.283/.234 with nine hits in 47 at-bats. A few days ago, Guerrero had his best outing as a major leaguer; going 2-for-2 with a few great defensive plays. As a sign of heating up, the rookie gave fans what they have been waiting for with the blast.

Vlad Jr. is now the youngest member of the Blue Jays to hit a home run in their entire history.

How many more home runs can we expect from one of the most talked about legacy players in baseball today?